Yesterday I was asked if I can do an 80's make-up in the colors yellow, blue and pink.

Of course I answered! It's so much fun when you come along wishes!

This make-up was just on one eye, did another on the other eye then (to save some time) but it will be published tomorrow! 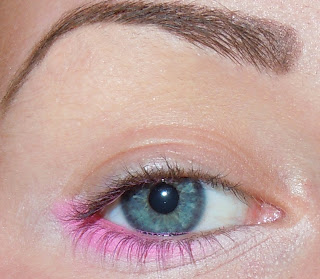 (The light is primer)
Pink eye shadow at the bottom of the lower fringe, 180 pallets. 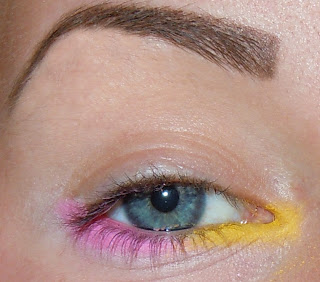 Yellow eye shadow at the bottom of the lower fringe, 180 pallets.
- Advertisement - 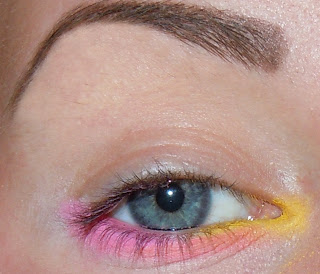 Put the pink shade under the yellow one too, so they wrap around. 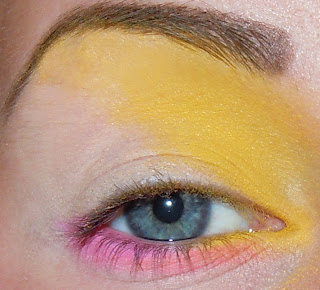 Yellow eye shadow at the innermost part of the eyelid and up towards the eyebrow, 180 pallets. 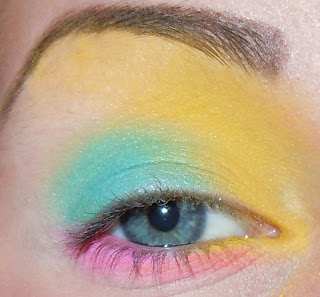 Light blue eye shadow on the rest of the eyelid, The H&M palette. 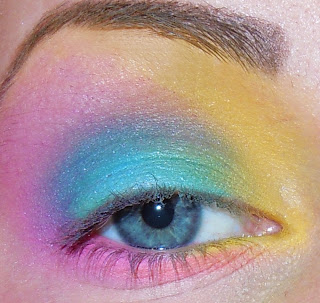 (It went a little fast here maybe?)
Navy blue eye shadow along the globe line, The H&M palette.
Pink eye shadow over the navy blue up to the eyebrow, 180 pallets. 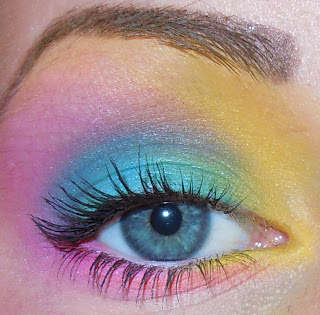 White eyeliner on the lower tear duct, H&M
And so mascara would be blue, but I do not own one and we thank the gods for that;) 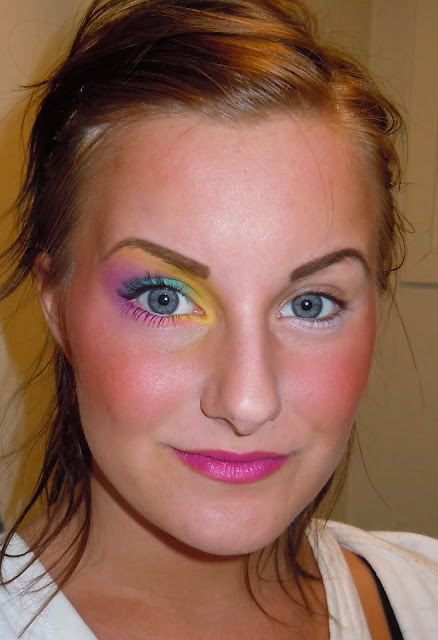 Bright pink lipstick (which, however, looks a bit purple in the picture that did not turn out so well)
And maaaassa blush on it, then it's ready!

The other eye became a brighter and simpler make-up. But as I said, you will see tomorrow how it turned out.