Today's makeup is nothing less than an Ariana Grande Makeup Tutorial! I show this makeup step by step both for the base and for the eyes.

She puts on make-up so beautifully, I think, she is good at emphasizing both her facial features and her eyes at the same time as it is a "comfortable" make-up. A neutral make-up that is easy to wear and feel comfortable in simply :)

Hope you are inspired!

All products in the post are in my own web shop Creativemakeup.se! 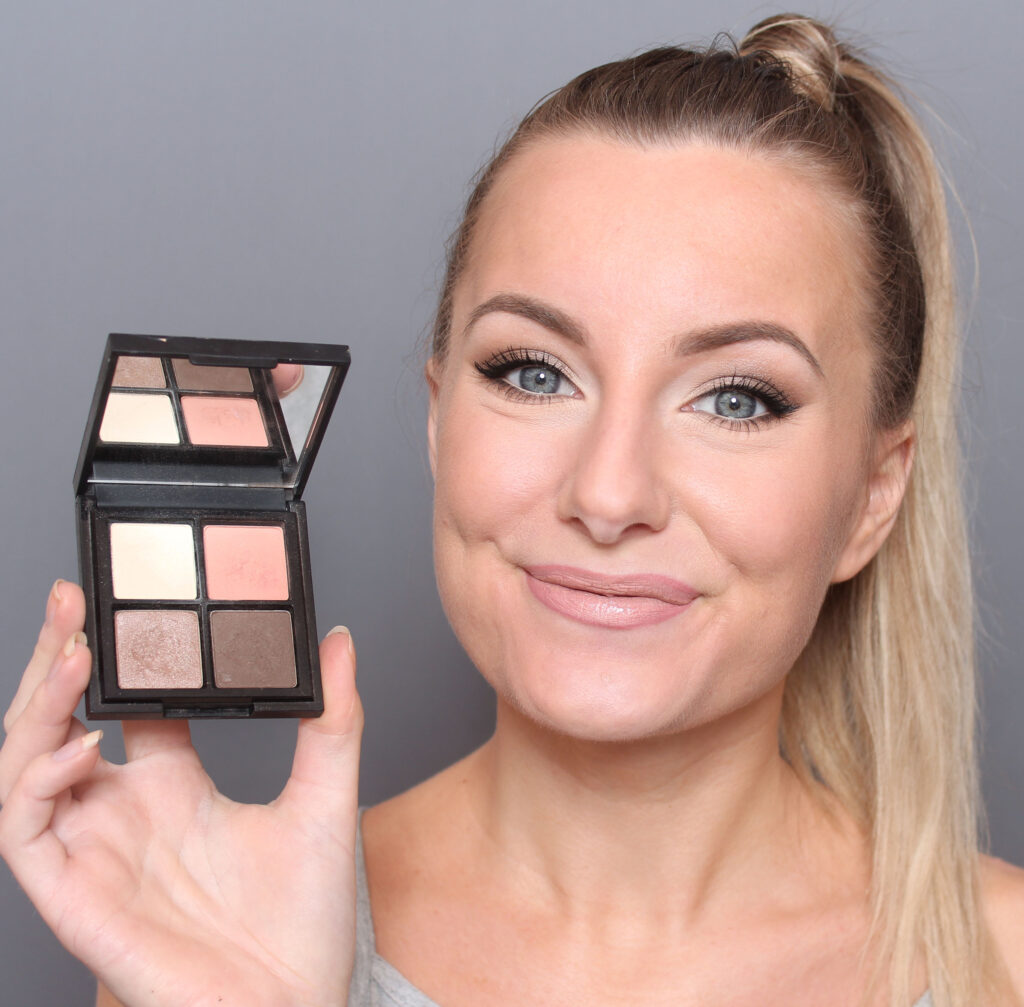 Which products should you use?

As with most people, you do not always have exactly the same make-up, it can vary a lot. But a common thread when it comes to Ariana Grande are these makeup details:

Sometimes she coats dark red and burgundy lips as well, which both go crazy nicely with this makeup! Fun to vary :)

Before I took the picture, I put primer and mineral foundation all over my face. 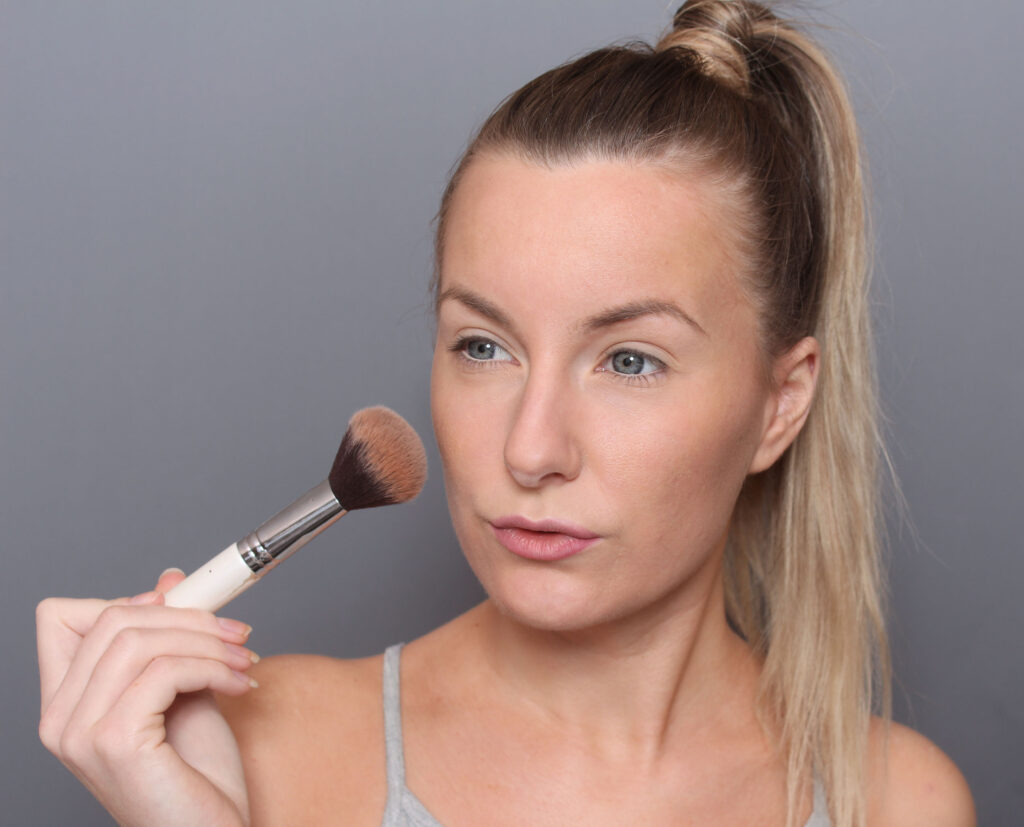 I have used very more contouring than usual and you know I felt so heavenly good looking afterwards, haha! I think it looks a little crazy when you just do the base and contour, but then when you get on blush, eyebrows, lips and eyes as well, it gets really nice.

In some pictures, Ariana Grande has an incredible amount of contouring, partly because that trend has hit bigger in the US and in addition, it was a hyped makeup trend about 3-4 years ago. Then many public figures began to cream properly! So in older photos of Ariana Grande, she has even more contouring.

The contouring palette I use is Paese Contouring Palette (no.2) with both dark and light shadows. Super good!

The brush I use here is Nanshy Blush Brush, men Nanshy Contour Creator is better if you are a beginner.

Also read: Contouring school (a post with this palette!) 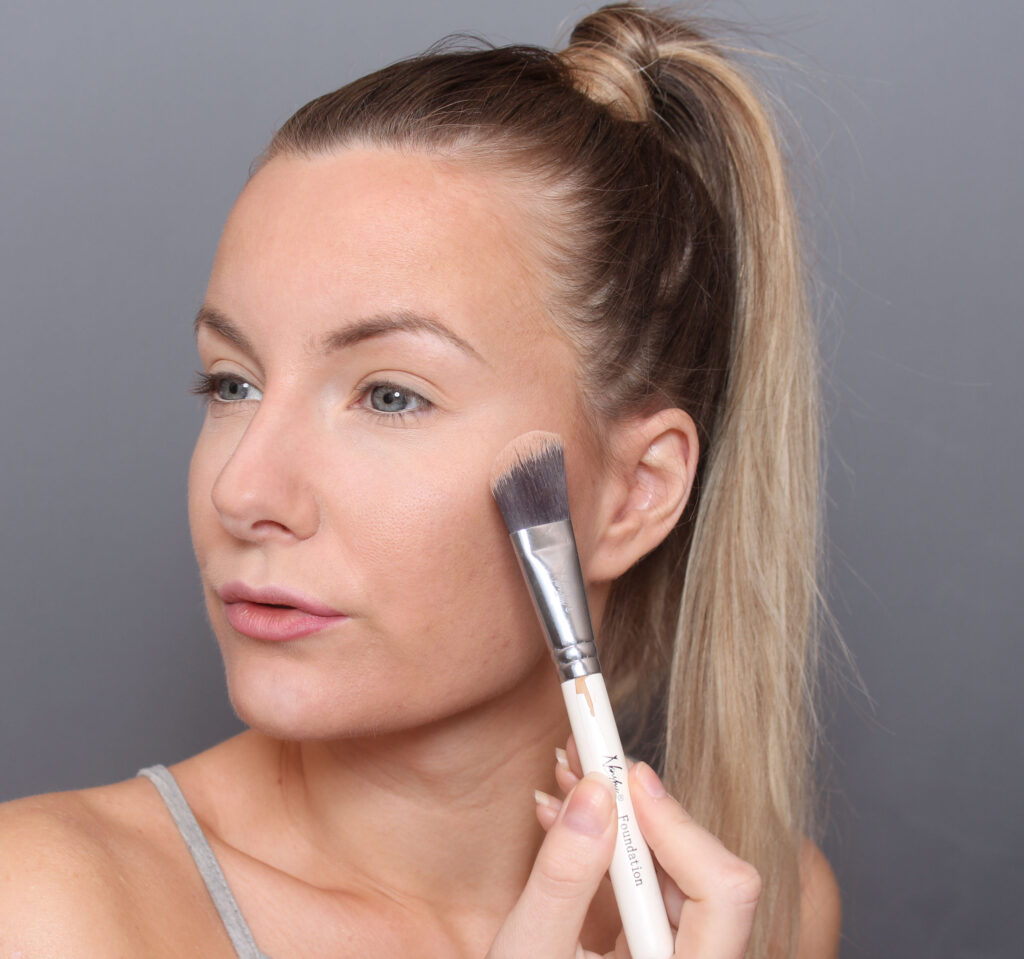 The light shadow from the palette I put extra much on the cheekbones and also a little sharp under the eye. At the same angle as the lower lash line and obliquely outwards.

This highlights the cat eye eyes even later when I apply eye shadow and eyeliner! A trick you see quite clearly when you look at pictures of Ariana Grande.

This brush is actually a foundation brush, Nanshy Foundation Brush, but it is good for a lot! I have been using my type every day for 7 years now. Affordable and really good brushes! 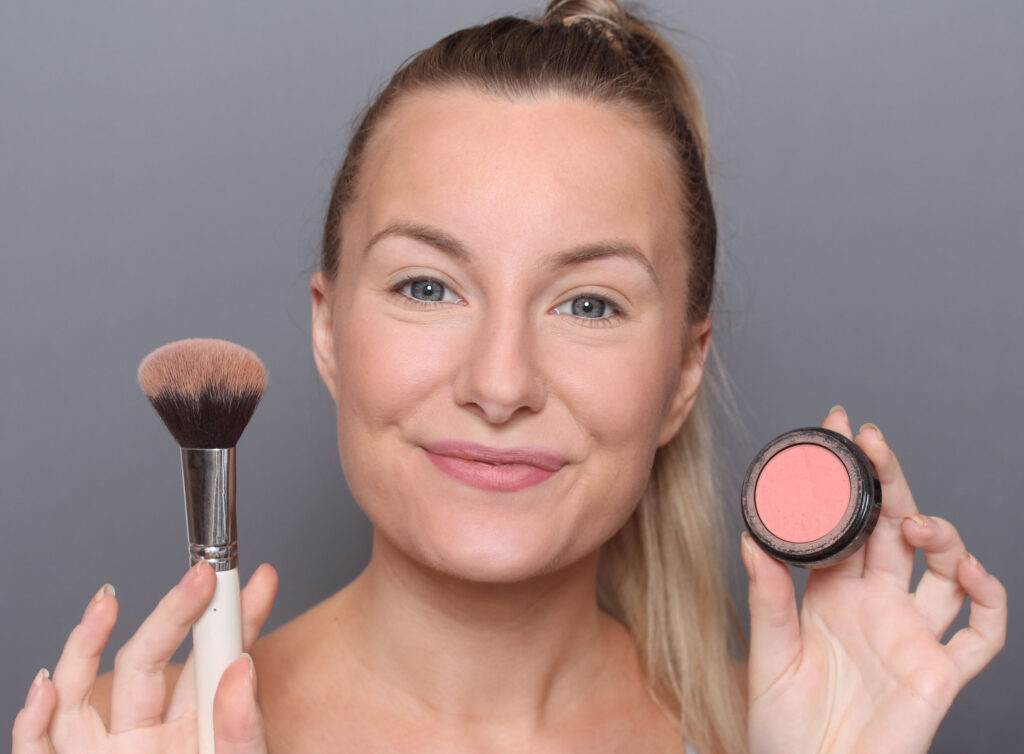 With the same blush brush, I apply the blush! A little higher up than the dark contour, but not so high that you darken the light highlighter.

The tone is a warm peach pink color, Paese Powder Blush in shade 55.

Ariana grande also has more brown and beige tones on her cheeks, but I feel nicer if I get a little color :) 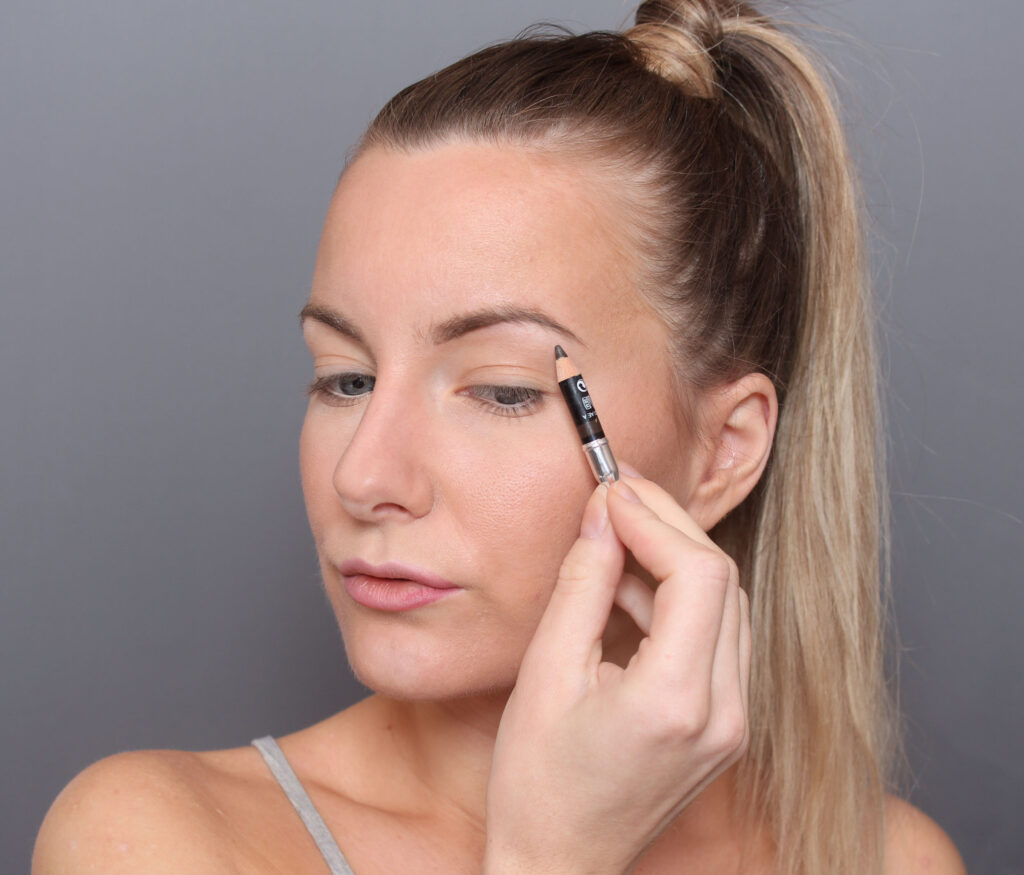 The brow shape that Ariana Grande has is quite straight, but the simplest (and often nicest) is to still start from your natural shape and only make minor adjustments. Instead of trying to completely mimic someone else's eyebrows. Everyone's straws grow so different!

I made my eyebrows a little straighter at the bottom by first drawing a line with the eyebrow pencil along the entire underside.

Then I filled in the inner edge and the top edge and finished with brim. Quite clearly filled but still with a soft inner edge and top edge, so as not to get too "painted" impression. Ariana Grande often makes her eyebrows quite sharp. 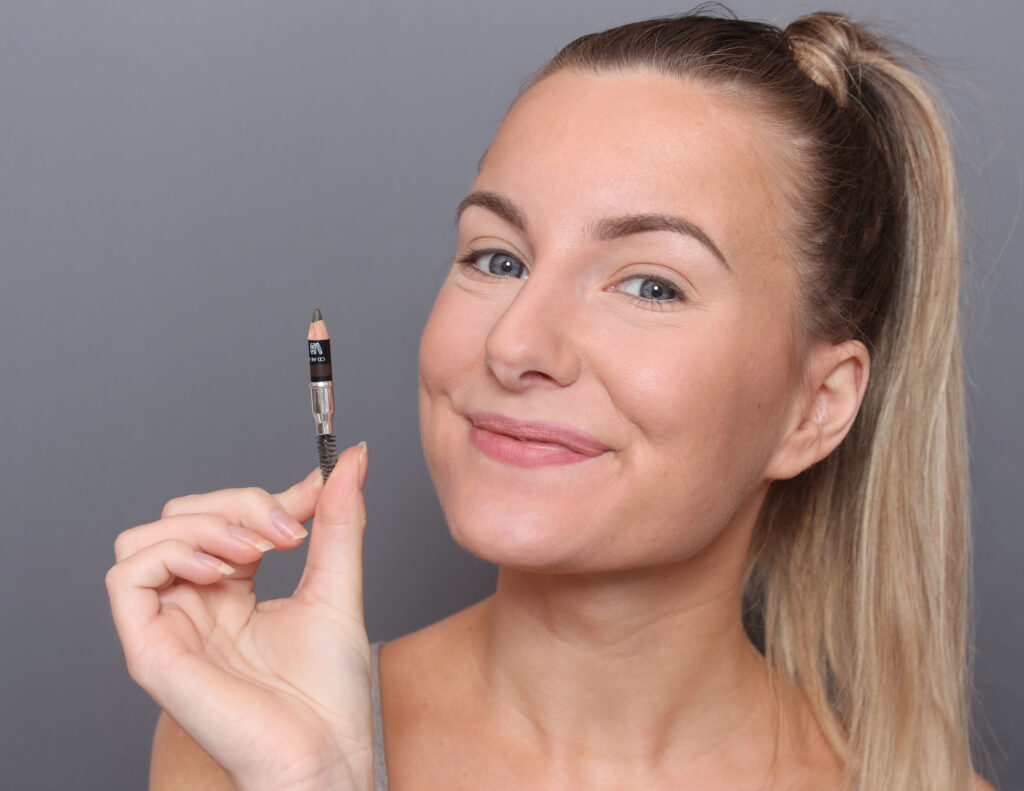 Here you see a widely used eyebrow pencil! :) Wow what I like this! Comes from the organic makeup brand Benecos. I have Benecos Eyebrow Designer in the shade Brown in this post. As well as finished with Refectocil Styling Gel.

As I said, it is mostly cat eye, eyeliner with wing and earthy tones that characterize Ariana Grande's eye makeup.

All products used are available for purchase in my web shop Creativemakeup.se and all eyeshadows are as I said from the palette glo Skin Beauty Eyeshadow Quartet (Bon Voyage).

My waterline is tattooed light. So for exactly the same eyes, you can supplement with glo Skin Beauty Eye Pencil (Peach) too. 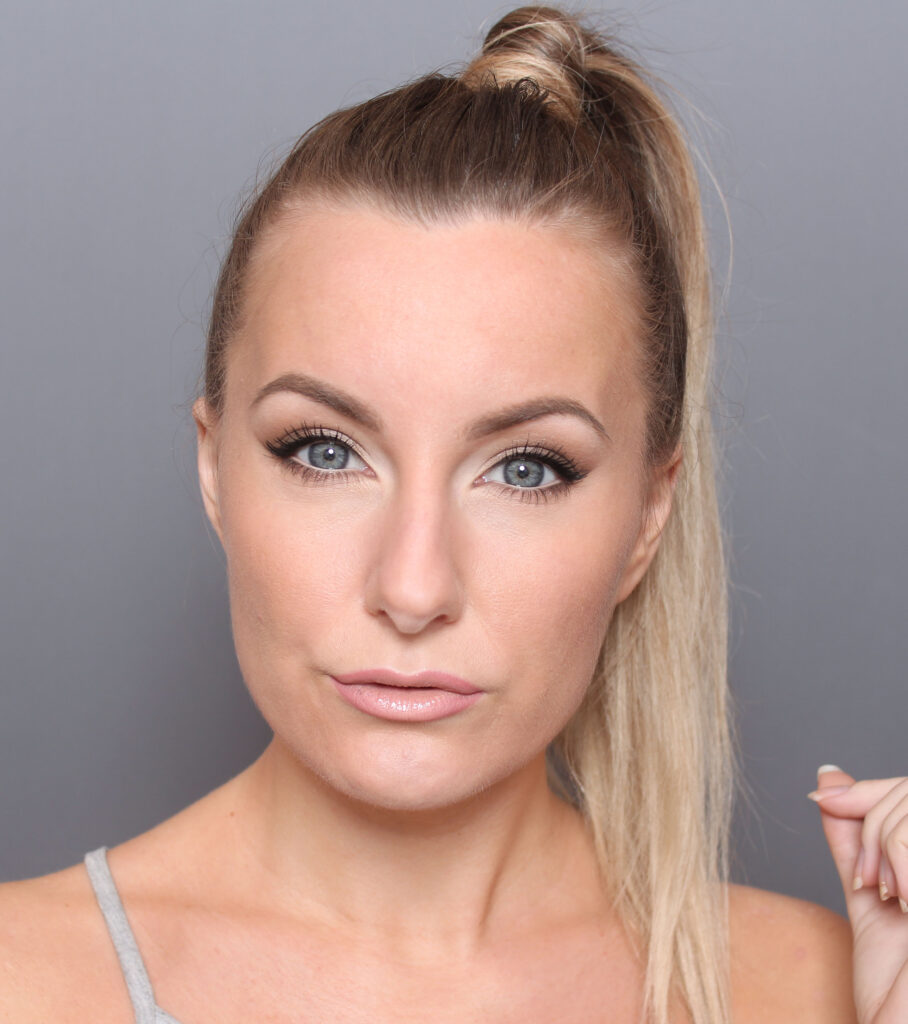 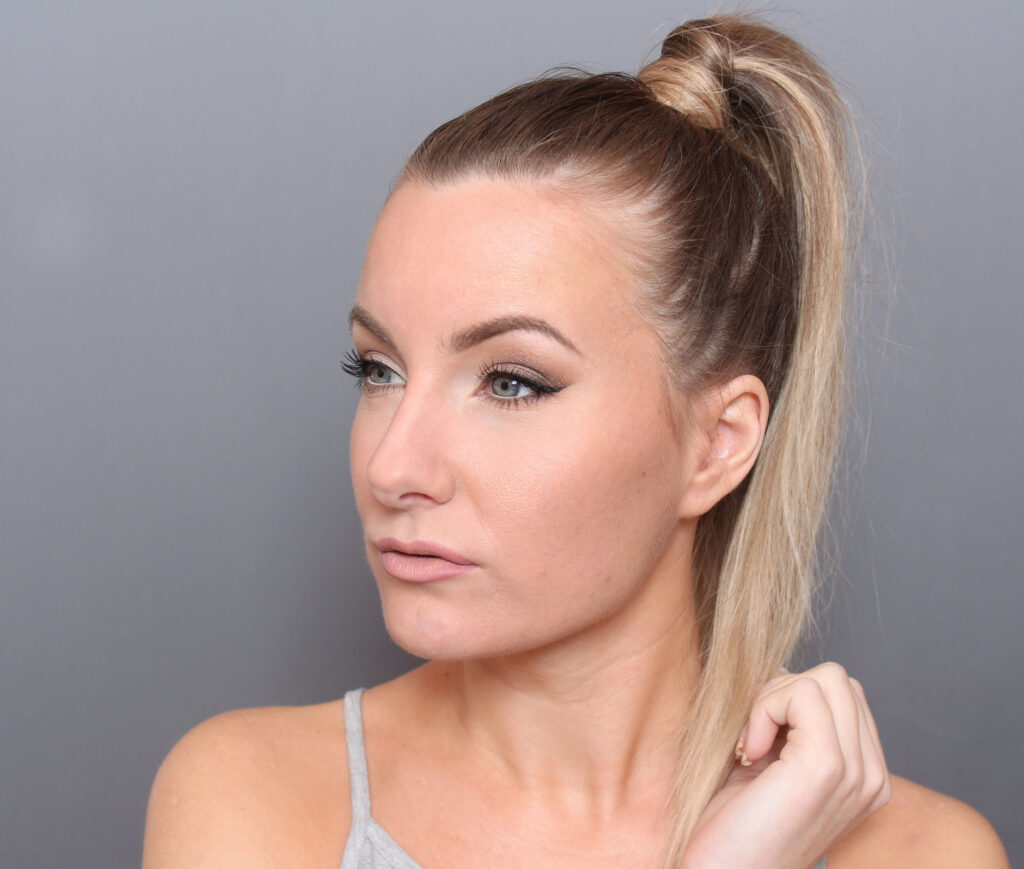 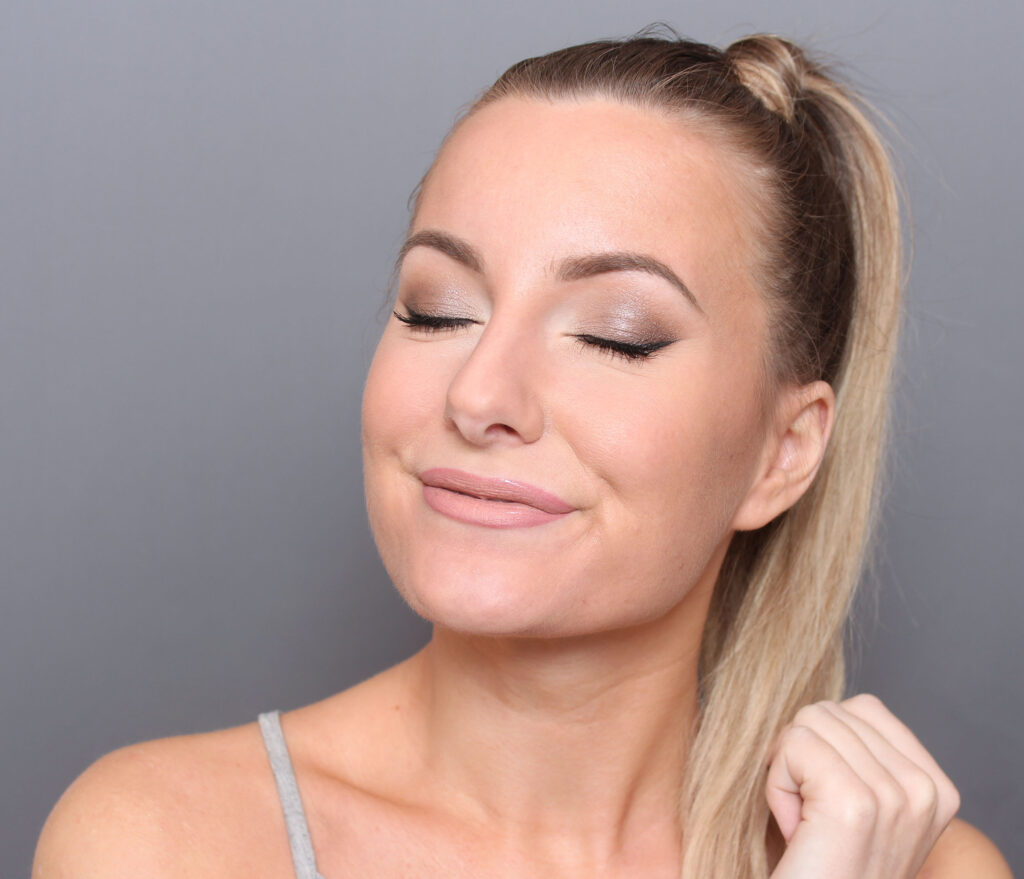 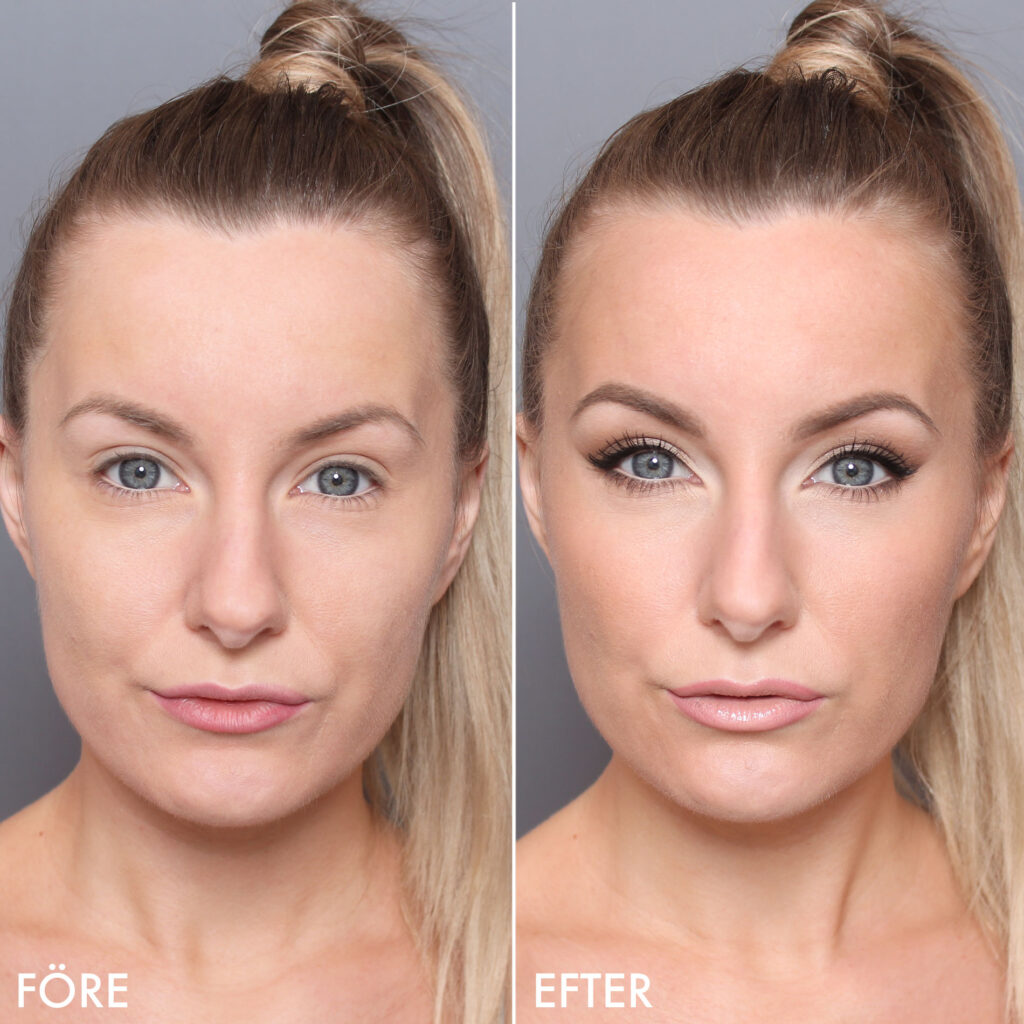 Here you see before (only primer and mineral foundation) and after all the steps I showed in the post!

I actually felt very nice in this make-up, then I must admit. Well made and highlights both the face and eyes nicely, while being quite neutral and soft. Me like!

You can see how things are going for Ariana Grande's music billboard or read more about her on her fanpage at fandom :)