Do I have my creative make-up out among people?

A common question I often get, and most recently got a few days ago, is if I go out with my makeup even when I do a little more creative and colorful eye makeup - and the answer is yes!

Now I do not do such crazy make-up as e.g. Linda Hallberg, but I understand what you mean :)

The only times I wash it off just to show myself among people, it's partly if I have very teary eyes which I have at times. Then it can sometimes get worse from the make-up if I have done something more creative, when you have long peeled around the eyes and used some strong products such as. Mixing Liquid.

Or if I, which happens from time to time, have tested a product that I do not like, e.g. a foundation in the wrong color or that becomes chaos with my oily skin, then I do not want to show myself because it feels like people think the result is bad because I am bad at what I do. Anxious haha.

But e.g. a few days ago I went to ICA like this, and am so used to it myself that I did not even think about it: 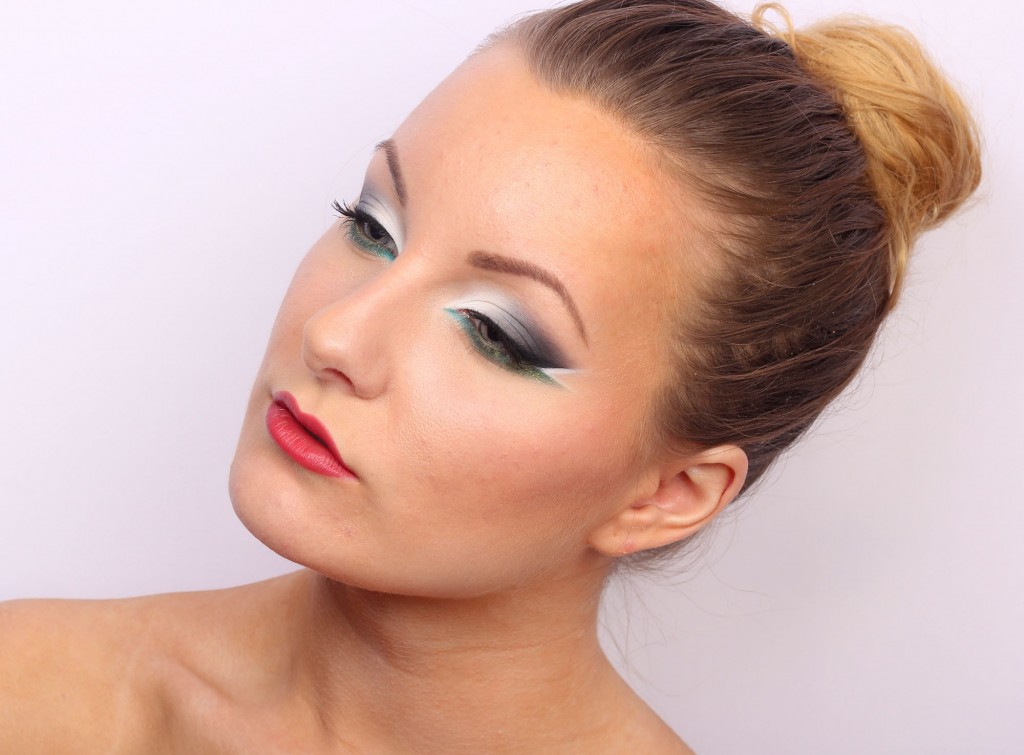 And the follow-up question is always "do you get a lot of reactions?", And I answer that question - not as much as you might actually think.

If I'm in Gimo, the people around me are probably so used to it, at ICA they know that I can come 100% party-fixed on a Tuesday morning and then completely unfixed and sloppy on Saturday night. And people who know me are so used to them that they hardly reflect anymore haha.

But if I move in other places, there can sometimes be compliments, e.g. at checkout in stores and so on. I have probably never received so many compliments as when I worked in the lunch restaurant at Länsförsäkringar. But no it's not super much actually, I see that people look a little extra sometimes but they rarely say anything.

Once it happens, there are always compliments! And I get just as happy every time :) To hear that you are "nice" and "good looking" and such is nice most of the time, even though you sometimes get tired of the whole look fixation. But to give compliments for someone's make - up is to praise the person's talent and creativity, and that's one of the kindest things you say to someone I think :)

More color and protruding make-up for the people I say! ♥