Yesterday I was on a return visit for an eyebrow tattoo that I did a while ago. So I thought I'd explain a little more exactly how to proceed when doing permanent make up on the eyebrows :)

1. Discussion about how you want your eyebrow tattoo, based on how you usually fill them in yourself, and what shape the natural straws are. Many people think that you have to shave your eyebrows to get a tattoo, this is not true at all!

2. Then paints you shape with an eyebrow pencil, and decide exactly what the eyebrow tattoo should look like. Annika, who I go to, usually draws two slightly different eyebrows first, and then you have to decide which one you think is the most beautiful. It is a good method as many do not know for themselves what specific details they want to change, without having anything to compare with :)

3. After stunning man eyebrow with a numbing cream for 15 minutes. 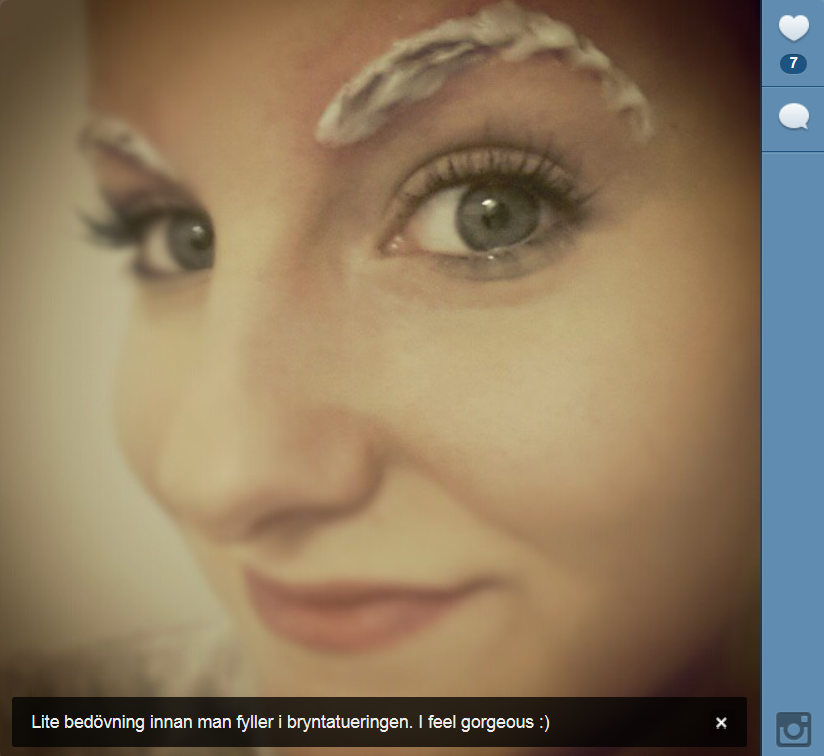 4. When the area is numb, you start by making one contour without color. This is done to be able to wash away what you have drawn up, but still keep the shape to tattoo after.

5. Then you get even more anesthesia, which takes on depth when you have punctured holes in the skin.

6. Before, the whole eyebrow was tattooed so that it gave a very painted impression. This is very rarely done today, instead you use one "Hair strand technique" where you tattoo small lines to get a more natural result. Creative Makeup (Annika Söderlund) has also developed an improvement of this technique for eyebrow tattooing, which gives a super nice result!

7. You are very concerned that the customer should have as little pain as possible (not at all like a real tattoo). Therefore, you switch between the eyebrows and get tattoos as in several rounds, so that the anesthesia has time to work on one eyebrow while you work with the other.

8. When the eyebrow tattoo is finished, they see a lot darker and sharper than they do after they have healed (which takes from 3-6 days) You can also be red and a little swollen for a few hours afterwards.

9. When the eyebrow tattoo has healed, one is included revisit in the price, then you see if the color feels right, and if there is something that needs to be corrected or filled in. This happens within 3 months.

10. Then pale the tattoo gradually. An eyebrow tattoo usually lasts 1-5 years depending on how dark the color is used, but also age, skin type, metabolism, weather, skin care products and sun affect. You can fill in the eyebrows for a cheaper price before they have faded away completely.

Here you see pictures of before and after eyebrow tattoo or permanent makeup: 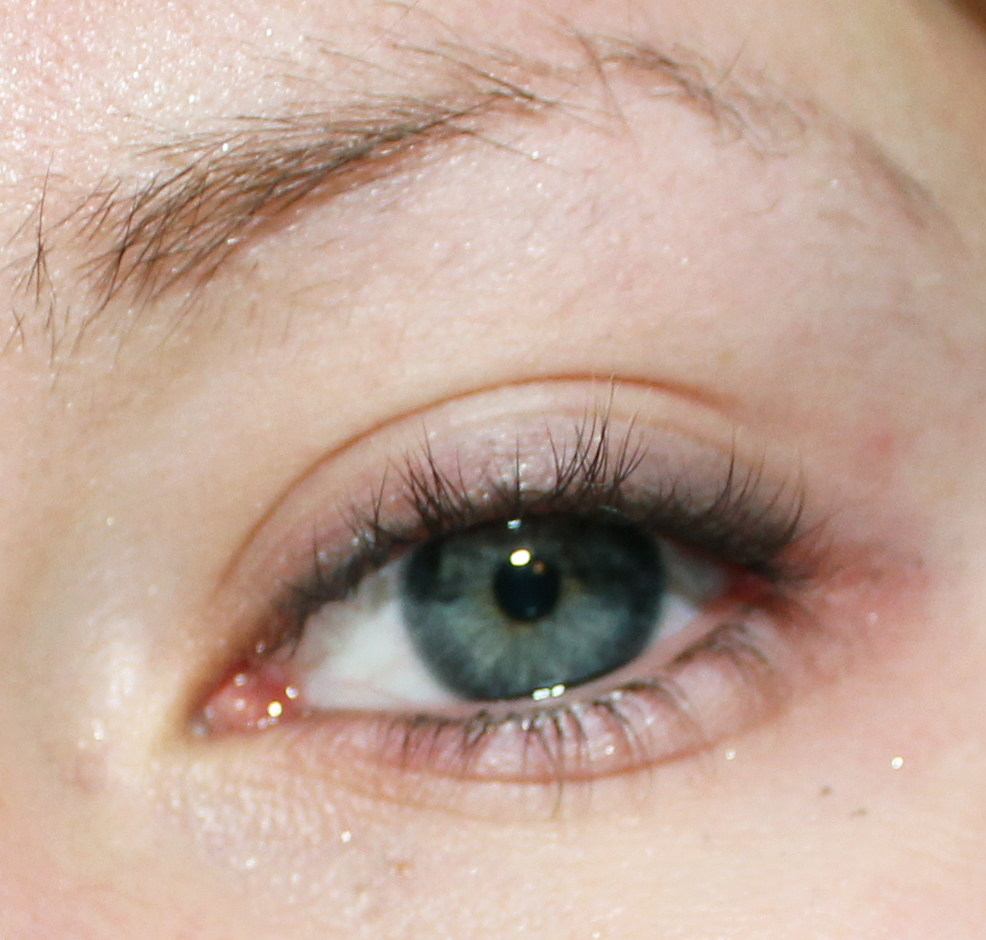 I will return with a new picture when they have healed "again" :)

At Creative Makeup costs an eyebrow tattoo fr. SEK 4,700, and filling in from 2000kr. Annika is mainly based in her salon in Uppsala, but also has tattoos in Stockholm and Åland.

Eyebrow tattoo feels much like plucking eyebrows. It hurts a little but it goes well anyway. I have done two regular tattoos as well, and it is almost impossible to compare with permanent make up!

For summer am I really eager to tattoo eyeliner and lips too !! :)

Have any of you done permanent makeup and eyebrow tattooing? How did it feel for you? Feel free to comment. :)