Yesterday was a long day.

Wrote a little briefly about yesterday morning in the previous post. A little later I made another attempt to get to school.

Had a quiet trip for about 40 minutes, to my bus collided with a Moose. It went well with everyone, except the moose then who not only got hit but overfucked. But I missed the train and the rest of the evening was followed by delays and canceled trains. 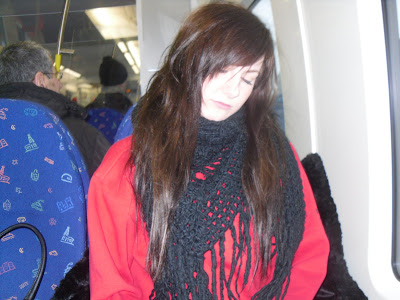 Good tired on both ul and sl…
In the end, I arrived anyway and was greeted by warm welcomes the second I stepped through the door, the brides had a “No-we-are-not-at-all-alone-on-All-Valentine's-Day-evening” :)
After swearing at myself for several hours because I chose a school so far away, it only took a minute before I thought again ”oh what I love Waxta" Lol.
Now I have to study English.
Report in an hour!
- Advertisement -
Share
Facebook
Twitter
Pinterest
WhatsApp
Linkedin
Email
Print
ReddIt
Tumblr
Previous articleMy favorite brushes
Next articleWet n Wild Cover All Concealer Palette