I'm going to get started with some Halloween makeup because I know it's time now :)

But almost every day I have had something planned, and then you can not go out anyway, hehe.

Here is at least a favorite in replay from last year, I'm not very good at special effects but this make-up is good for you who read who are not so good at it either!

Ordinary make-up + fake blood is all that is needed :) No strangeness.

At first I made it look like I had been hung / strangled on the neck, but after I finished my make-up I put on a lot more blood to look cut with a knife instead.

This is also a good Halloween make-up if you want to be dressed up but still look good!

Cream foundation as a basis.

Blue-purple eye shadow a little patchy on the sides.

A little fake blood at the front, I can imagine that the snare rubbed a little. 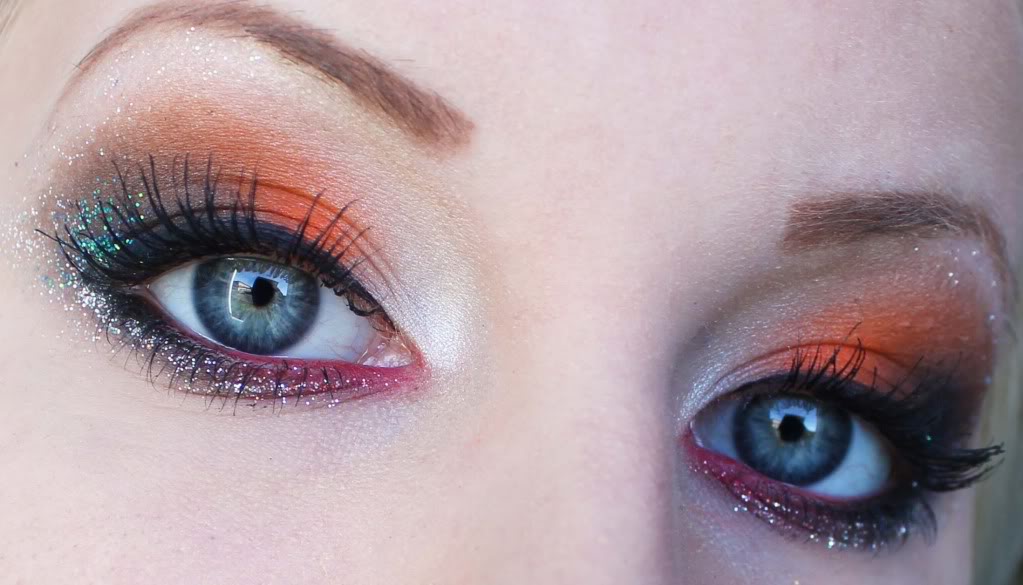 Orange eye shadow in the middle of the eyelid and a little along the globe line. 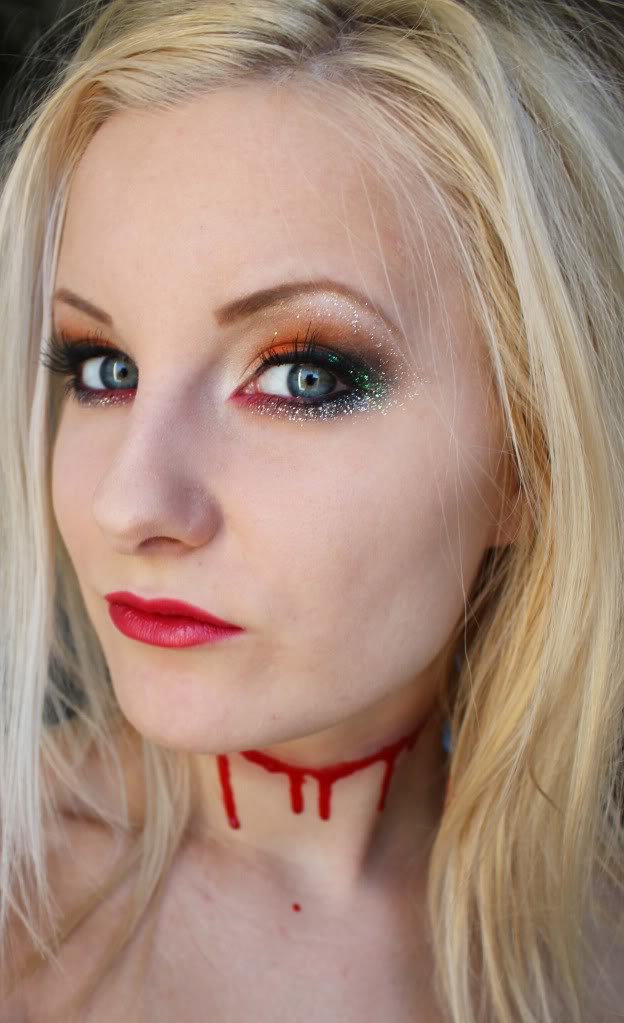 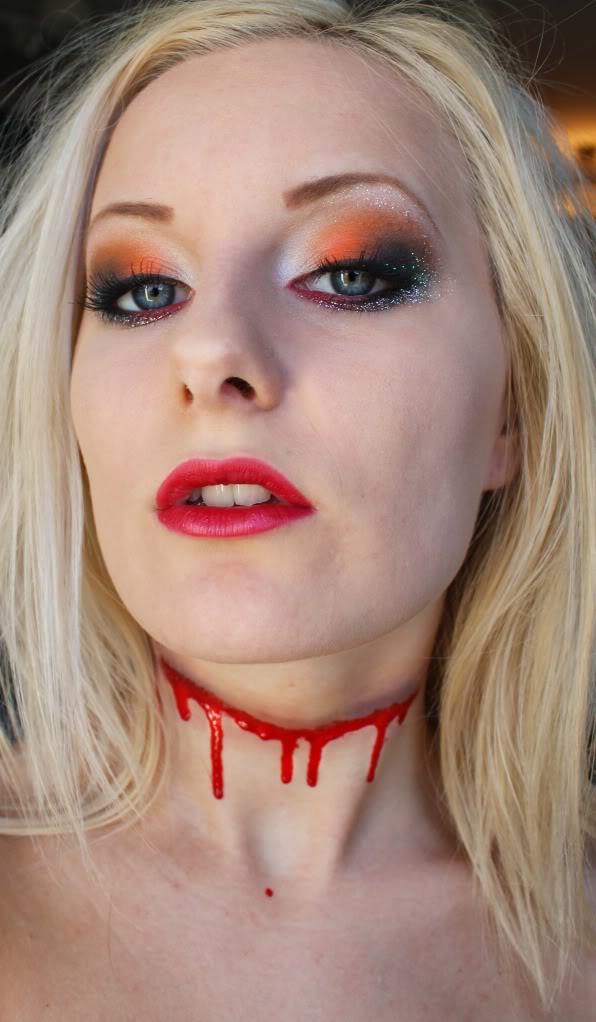 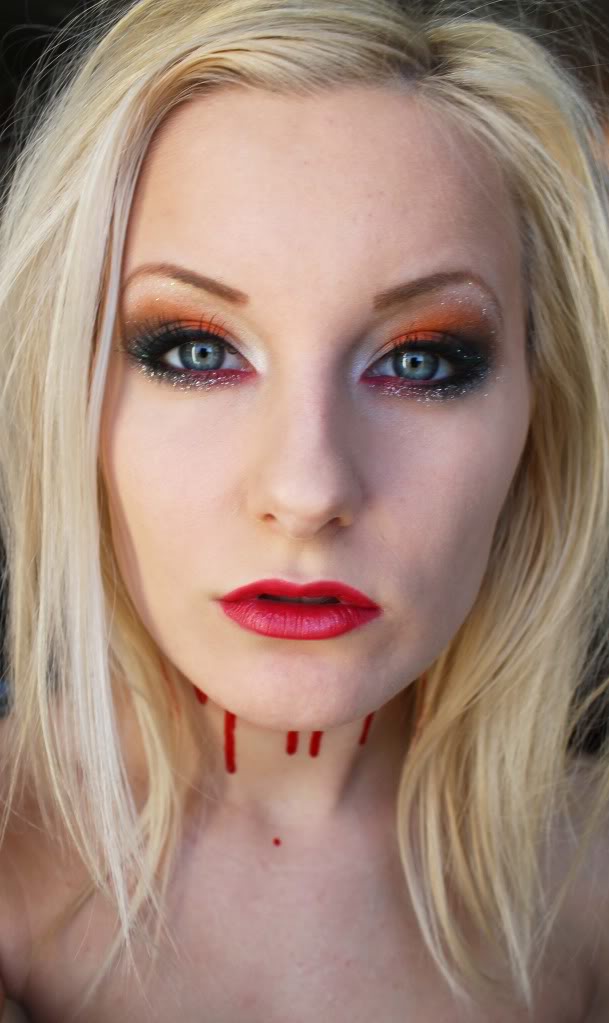 A funny anecdote about this particular make-up is that when I showered the fake blood off my throat, I did not think that I put quite a lot of make-up under it either, so I was not so careful.

Part of the reason is that I had just started working at the lunch restaurant at Länsförsäkringar, and the next day I notice that I get strange looks from the guests, but do not understand why. Before I look closely in the mirror and see that very much of the choke mark is still visible!

Haha I wonder what they were really thinking!