Hide blue circles under the eyes

Yag minerals have come with a novelty and their popular concealers are now also available in a yellow tone - Covers purple, which neutralizes away blue and purple areas - perfect for blue circles under the eyes!

Yellow tones neutralize blue, which is why this concealer is so heavenly good. Can also be used on visible blood vessels, bruises and the like. It is quite bright too so it also has a good illuminating effect!

I myself do not have much blue under my eyes, but a friend of mine has quite a lot of blue and said "if it works for me, it works for everyone!"So it made me super happy when she, after testing a sample of it, bought a whole can :)

You can buy Yag mineral concealer Covers purple at Byher.se, and there are also sample bags for you who want to test the shade first!

Covers dark use on dark spots and the darker areas around the nose and under the eyes. You can easily put it under the eye on the more sensitive skin because it does not dry out.

Covers Red is of green pigments to neutralize red. You can use it on all red marks such as scars, rosacea and acne because mineral makeup is easily bactericidal without drying out. If you have a dark red mark, start with Cover´s red to neutralize the red and then put Covers´s dark on top to remove the dark.

Covers Purple is of yellow pigment and neutralizes blue and purple. Perfect for you who have blue rings under the eyes! You can easily apply it on the thin skin under the eyes, it settles thinly and naturally on the skin. Also has a slightly uplifting effect.

Has received five reviews on Yag minerals concealer that you can read: 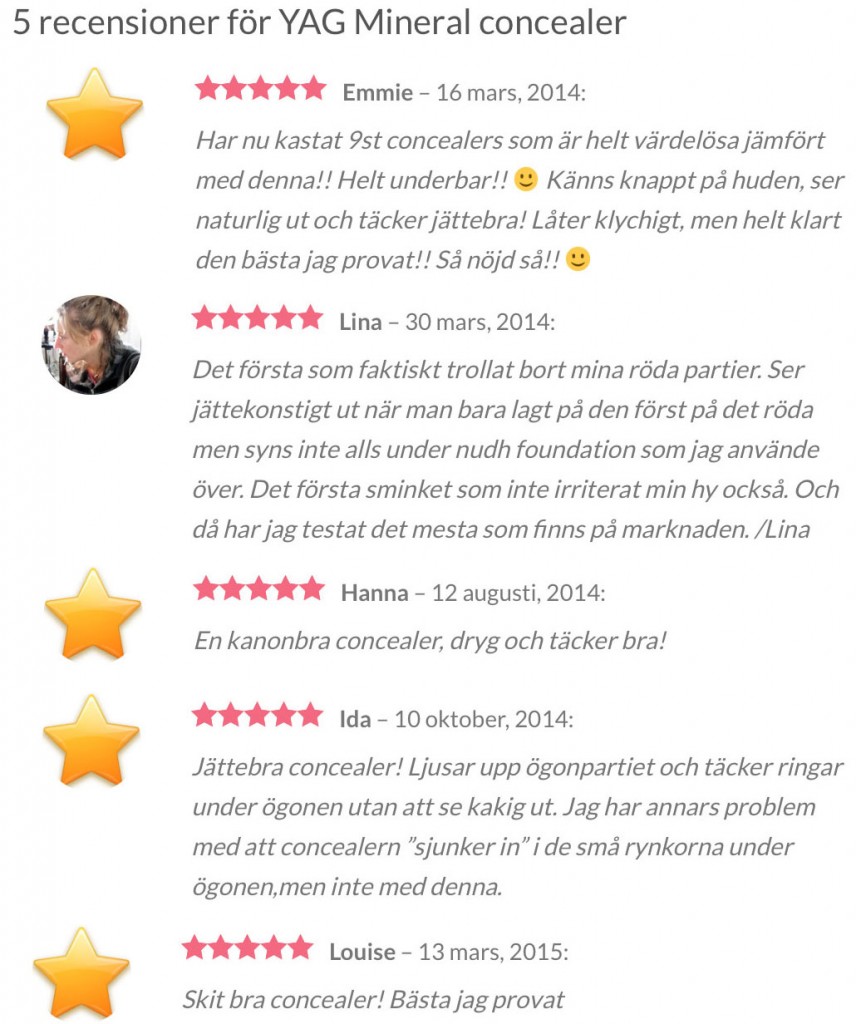 If you have any questions about the concealer, just shout to ♥