Writer, Helena Amiley
0
989
Facebook
Twitter
Pinterest
Email
Print
- Advertisement -
Applying a nice liquid eyeliner can be a little tricky.
My main tip is that practice, practice, practice! Try applying an eyeliner before washing off the makeup, so you do not have to go around with a failed eyeliner during the exercise period (it is however, more difficult with mascara on, so you can do it afterwards and wash again later, then that is a plus)
Good products is also a big advantage! I have tested a lot of eyeliners - Such as dips and different kinds of "pencils", both cheap and "regular" price.
But so far, this is what I'm stuck with: 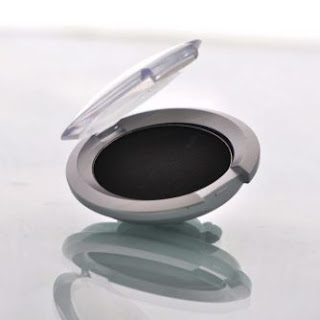 Cake eyeliner from Kryolan.
A hard "cake" that is mixed with water, and then dried again (such as ordinary watercolor)
(Is on Creativemakeup.se) 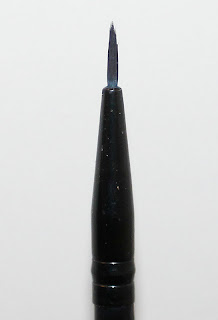 And one very narrow brush with long shaft, which is also from Creative Make Up.
(However, not on the web shop)
Here's how I apply my eyeliner, step by step: 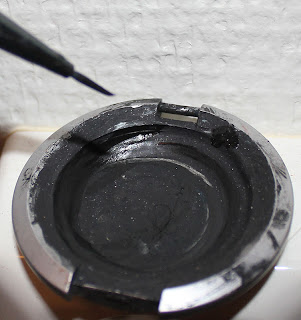 1. Dip the brush in water.
Mix with the cake eyeliner.
Different amounts of water give different thicknesses of the eyeliner.
I prefer quite a lot of water as I think it is easier to get a smooth line then, but not for a lot because then the color will not be as strong. 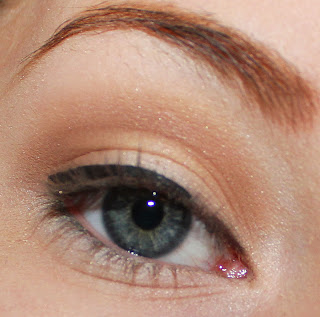 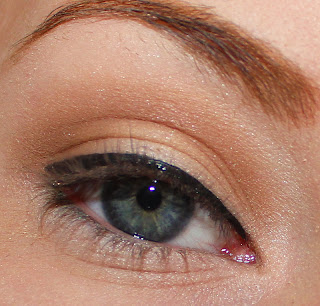 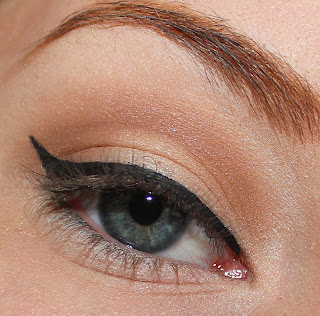 6. Paint a wing on the outside of the eyeliner.
(You can also opt out of this if you want)
The wing should lift the eye naturally, so it does not become a fine eyeliner and then oh now something is sticking out here! Do not paint it too far out, so that it first goes down, then up. But let it begin before eyelashes stop, and finish where the eyelashes end.
If the wing just looks like a strange thing sticking out, try pulling from the tip of the wing to the beginning of the wing (before the eyelashes end) and makes a softer more rounded line.
To know in which Angle you should paint the wing, then you can imagine an extended line in the same direction as the lower lash line. That you follow the lower lash line and outwards.
- Advertisement -

If you make a thick eyeliner and have quite small eyelids, so the whole eyelid easily looks black when you look straight ahead. Try to make as narrow a line as possible instead, and maybe even cheat on a larger eyelid with eye shadows (light shadow on the eyelid and on the globe line, and a new fake globe line over the real one with a darker shade)

Has one a lot of skin on the eyelids, it can "fold" where the eyeliner is located. Then you should ignore the "right angle" to paint, and place the wing so that it looks good instead.

You can also choose different shapes on your eyeliner depending on your eye shape, can go into more detail on it another time. But if you feel good in the shape you paint, it usually is (in my opinion always) right shape!