Both at the salon and in the blog, I get a lot of questions about our makeup mirrors, super fun! Just this weekend, several emails about the mirror have fallen in, probably after my posts about threading where you could see the mirrors? :)

I've had the little mirror Chloe Classic White* for a very long time, when I received it as a Christmas present several years ago. I had it first with halogen lamps with quite a high watt, and then with a little lower when they got so heavenly hot. I want to emphasize that the lamps were not included in the mirror then, but now when you buy a mirror, halogen lamps are included that fit.

And since I like the mirror so much, we now have four large Chloe mirrors in the salon too! So heavenly nice and good in every way. Have had several customers who said "oh I want one like this at home too" :)

So now I thought I would write a little more detailed info about the mirrors, which together answer all the questions I have received recently! 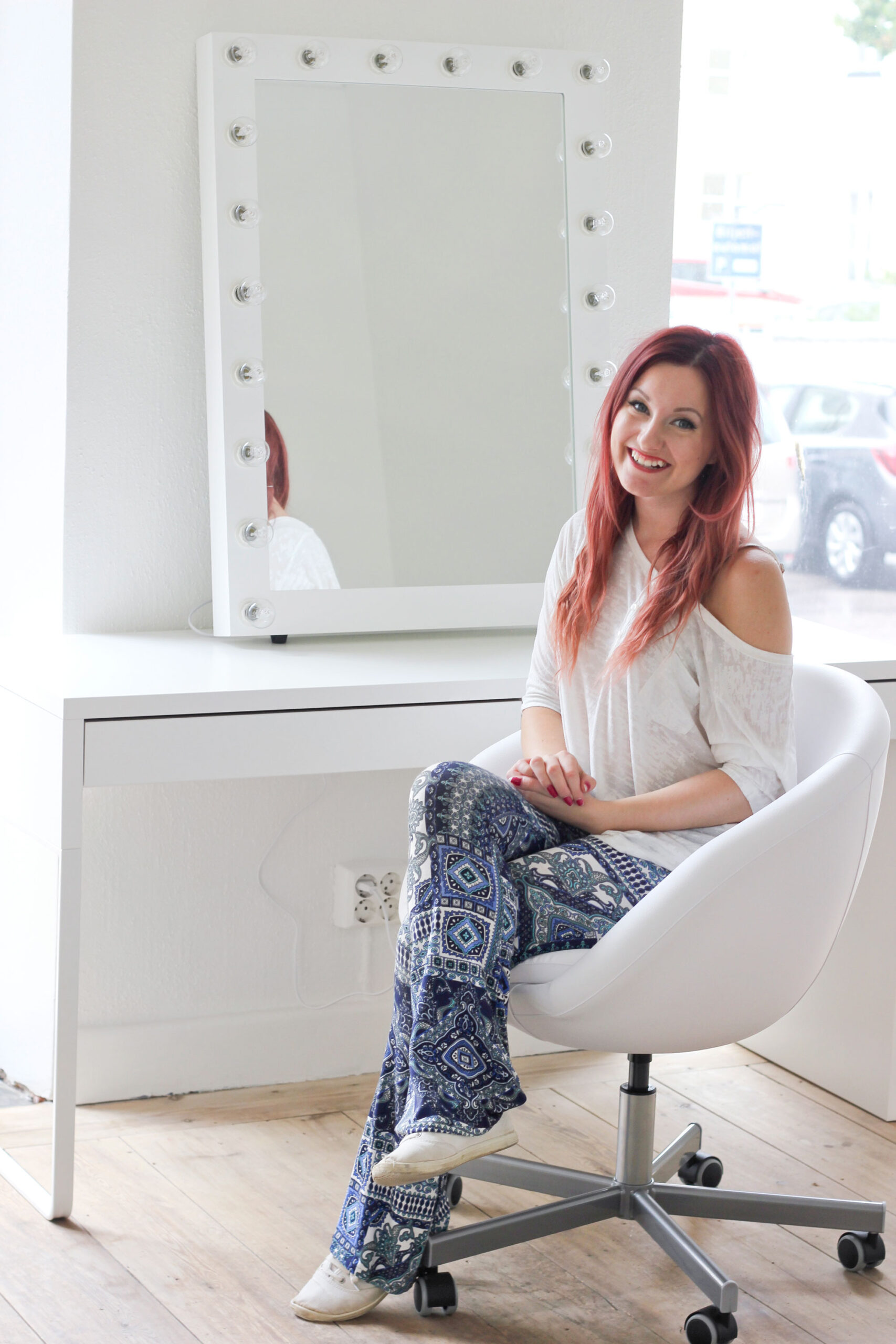 Where to buy the mirror?
On sminkspegel.se if you live in Sweden, but you can also shop for them makeupmirror.com if you live in another country in Europe. They are available in different sizes and colors, and a novelty right now is that they are available as full body mirrors as well, gosh what a wish I feel for them! Think of one in the hall :)

When you shop on the website, you get free shipping, 1 year warranty and light bulbs that are included.

Should you have LED lights or halogen?
It all depends. If you, like me, sit in front of the mirror for a very long time, sometimes several hours, I recommend LED as the halogen lamps become very hot when they are on for a long time. It then gets very hot in front of the mirror (though nice in the morning haha) and I have, among other things, managed to burn myself on the arm and melt a eyeliner in that way. In addition, LED is more economical and environmentally friendly in the long run :)

But halogen works well if you either do not fix yourself so long in front of the mirror, or if you do not sit so close. For example. the larger mirrors are super nice as furnishings in other rooms than where you put on make-up, in the hall or in the living room, for example, and then it is cozier with warmer light that halogen lamps provide.

I have bought LED lamps for all my mirrors and prefer it the most! And in their new full body mirrors (which is Limited Edition) LED lamps are included instead of halogen as in the other mirrors :)

Does the dimmer work with LED lights?
I have been asked which LED lights I use and if the dimmer still works. For my small mirror, the dimmer works great, but unfortunately I do not know where they were bought. For my large mirrors I have bought LED lamps from IKEA, but according to the electricians at the salon they were not so good for the dimmer function, but they worked I know because I started by buying one and tested in my small mirror before I bought more :)

But I have a little hard to say exactly when we have specially built tables (a la my dad) in the salon where the electricians have built in the mirrors so that the lamp button is directly on the table, so that it is as practical as possible, and then they took removed the dimmer function because my newly purchased lamps were still not suitable for it, so I have no dimmer on any of the new mirrors anymore.

In other words, yes the dimmer also works with LED, but you have to buy LED lamps that are dimmable, which I had no idea about then but bought the cheapest I found.

Are you happy with the mirror, you who have had it for so long?
I have had my mirror since December 2012, and I have not had a single problem with it! It is still used daily and I am as happy as you can be :) 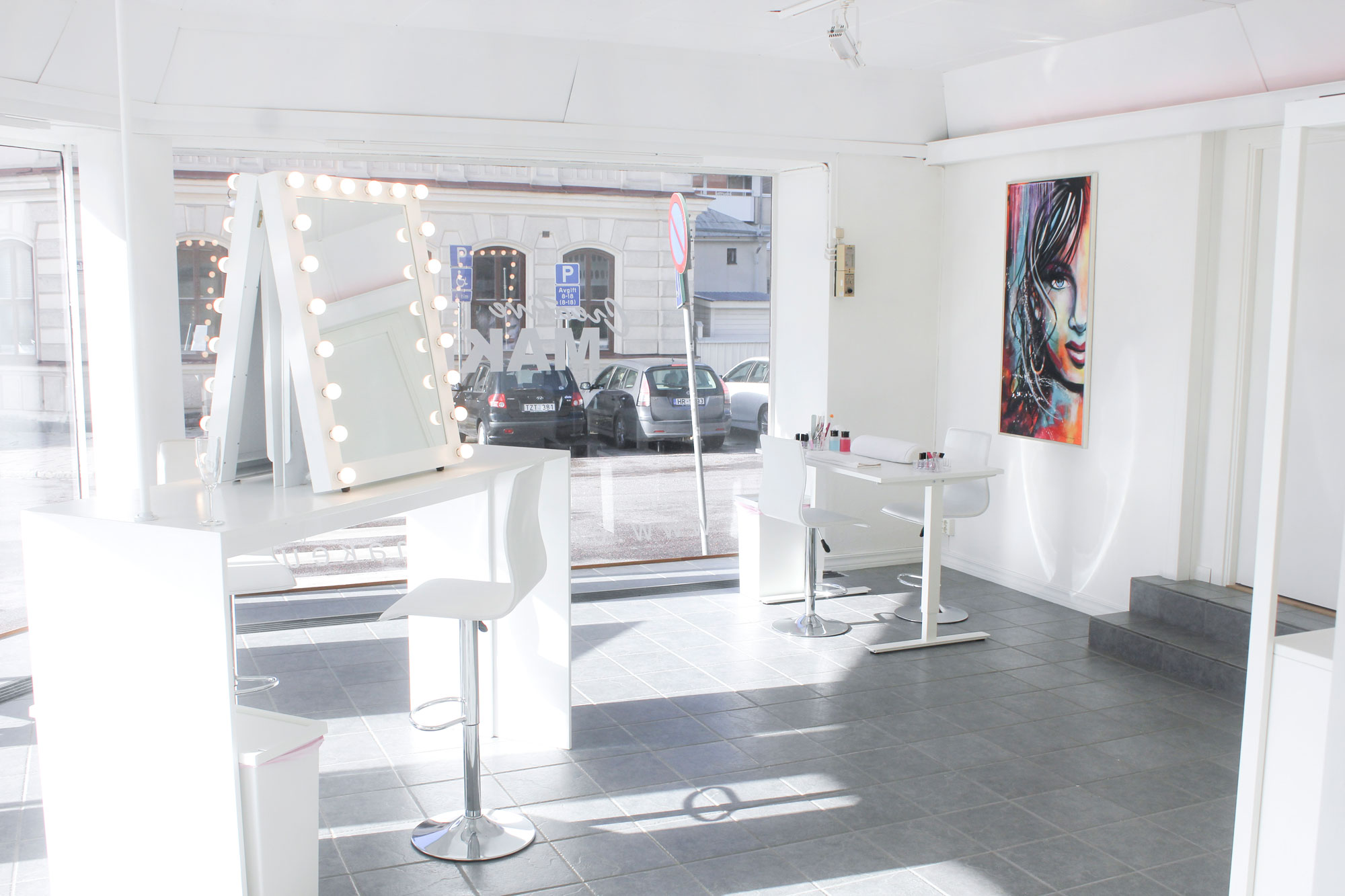