Now it's summer, and even though I'm such a creative person who just gets more inspired and colorful by the heat and the beautiful nature that is now, I know that most of you mostly relax and take it easy this time on. year.

Make-up then comes second, and the only thing you want is to sometimes spruce up a little so that you look fitter and fresher - but still very natural.

So today's make-up is almost a "no makeup makeup", but with a little more make-up and focus on the eyes than if you want to look completely unmade up. Perfect for looking alert and fresh, but still relaxed and "naturally good looking" :) 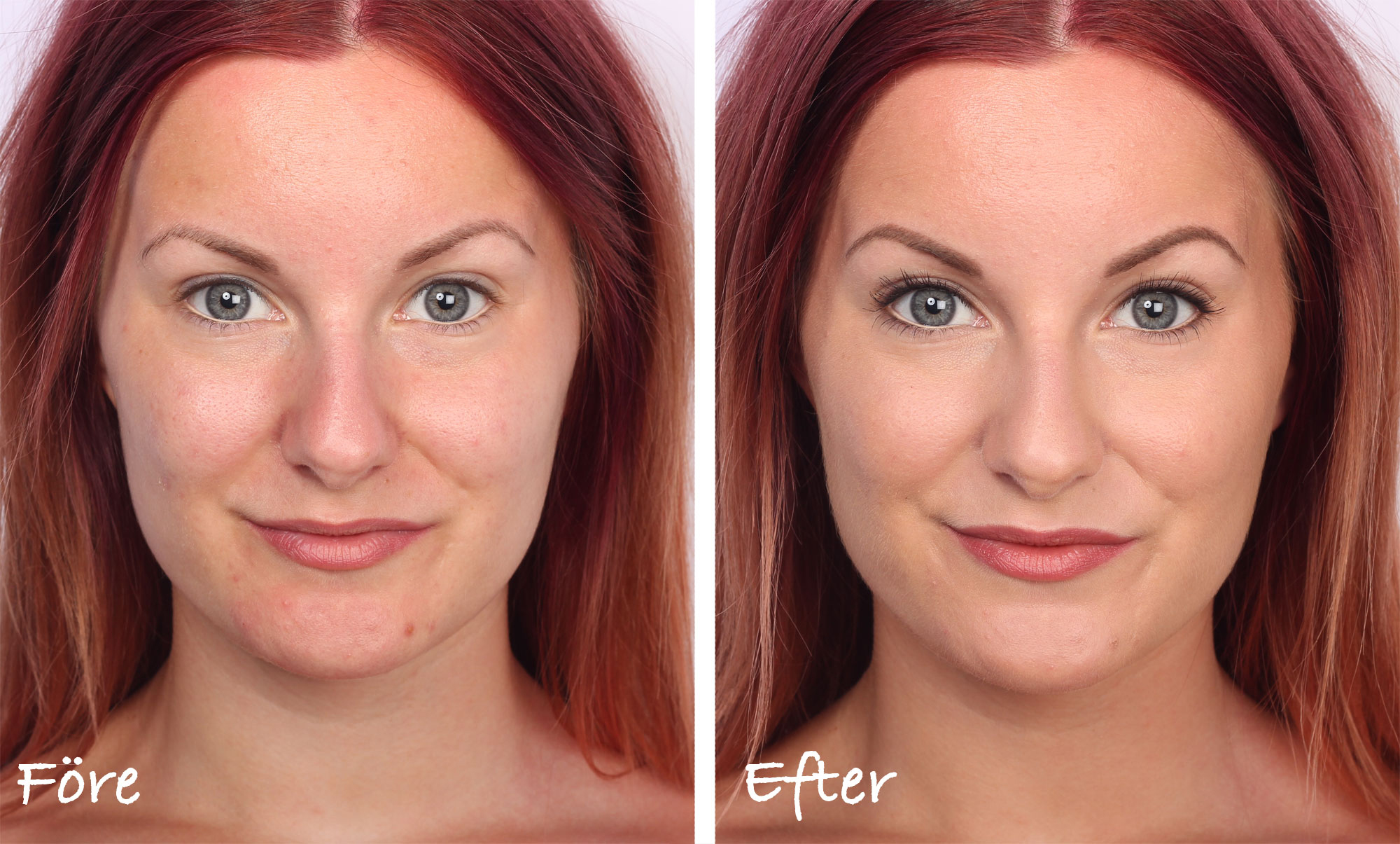 A look that fits just as well with loose shorts and flip-flops, as with a nice summer dress :)

I chose to do almost the whole look with Pixi products, which is mostly because they are so heavenly good when it's hot outside! Both the foundation, the brow pencil and the eyeliner pencils are water resistant (the eyeliner pencils are also waterproof), so they can withstand a lot of sweat and water splashes when you sunbathe and bathe (but you may not need to dip your head if you want to be on the safe side).

I have some small pimples on my back that Miska helped me tone down with the Pixi H2O Skintint last Saturday because I was going out in the evening. But before that, there was a spontaneous dip in the pool first - which was about a quarter of an hour long with just a lot of mischief and running haha, and afterwards the coverage on my little fins on the back was just as good as before the bath!

Pixi H2O Skintint is water resistant, and I do not say that for everyone it holds as well in the face as it did for me on the back, because you have a tendency to rub more in the face and so all day, but it lasts considerably better than any other basic makeup I have tested, just when it comes to water!

The other reason I want to show this type of makeup with Pixi is because the products are so natural and beautiful, they are not a brand that is primarily aimed at creative and artistic makeup artists who want to express themselves with makeup, but it is developed for private individuals who want a natural brand, without strangeness, which highlights your already nice and natural features on the face :) 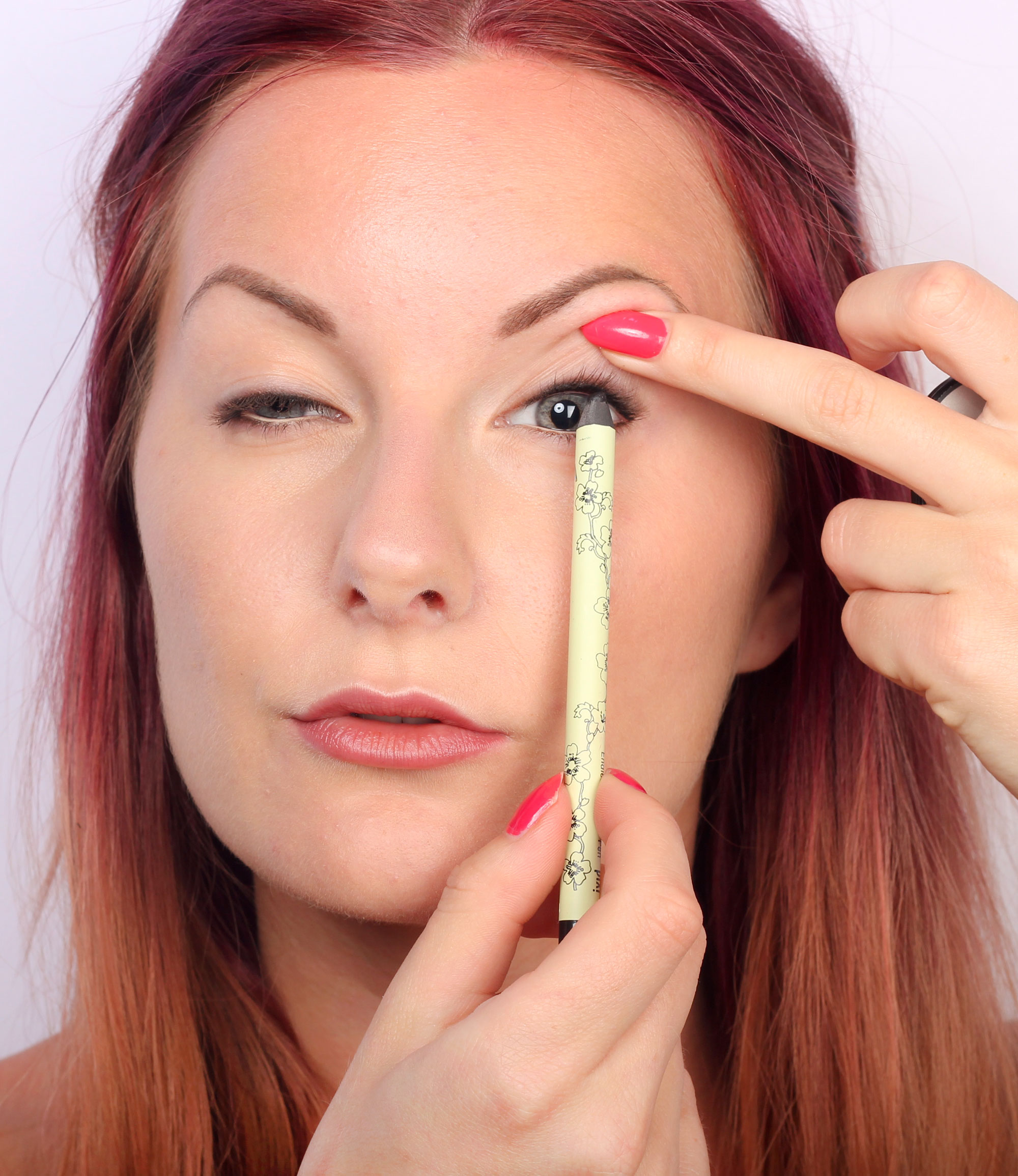 The nice uplifting focus on the eyes I got by using both a black and a brown eyeliner, which I then faded out a little with a small makeup brush.

1. Paint brown eyeliner along the upper lash line, and thin at the bottom of the lower lash line.
2. Fade the edges for a soft fade.
3. Lift the eyelid with your finger and fill in with a black eyeliner pencil just at the scalp of the lashes, so you get a more intense and effective look. In addition, your lashes look fuller and darker - so you do not need as much mascara, but a little is enough. 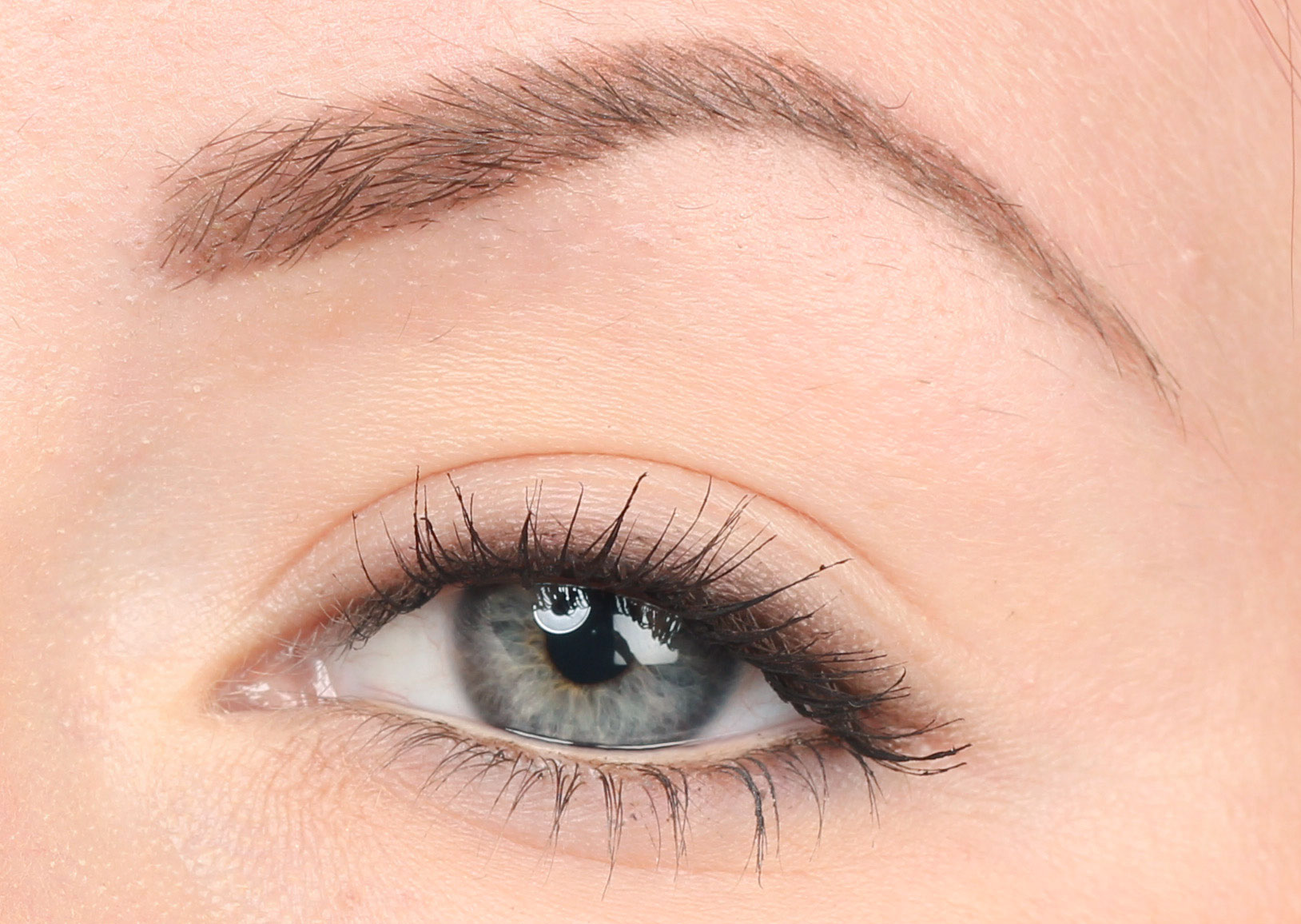 Products I have used:

The lips are also Pixi, Tinted Brilliance Balm in the shade Soft Sienna, which will be coming to Byher.se soon! The pen becomes more colorful if you apply it by painting directly on the lip, but I dabbed a bit and then spread the color with the fingertip only, to get a more discreet tone on the lips. 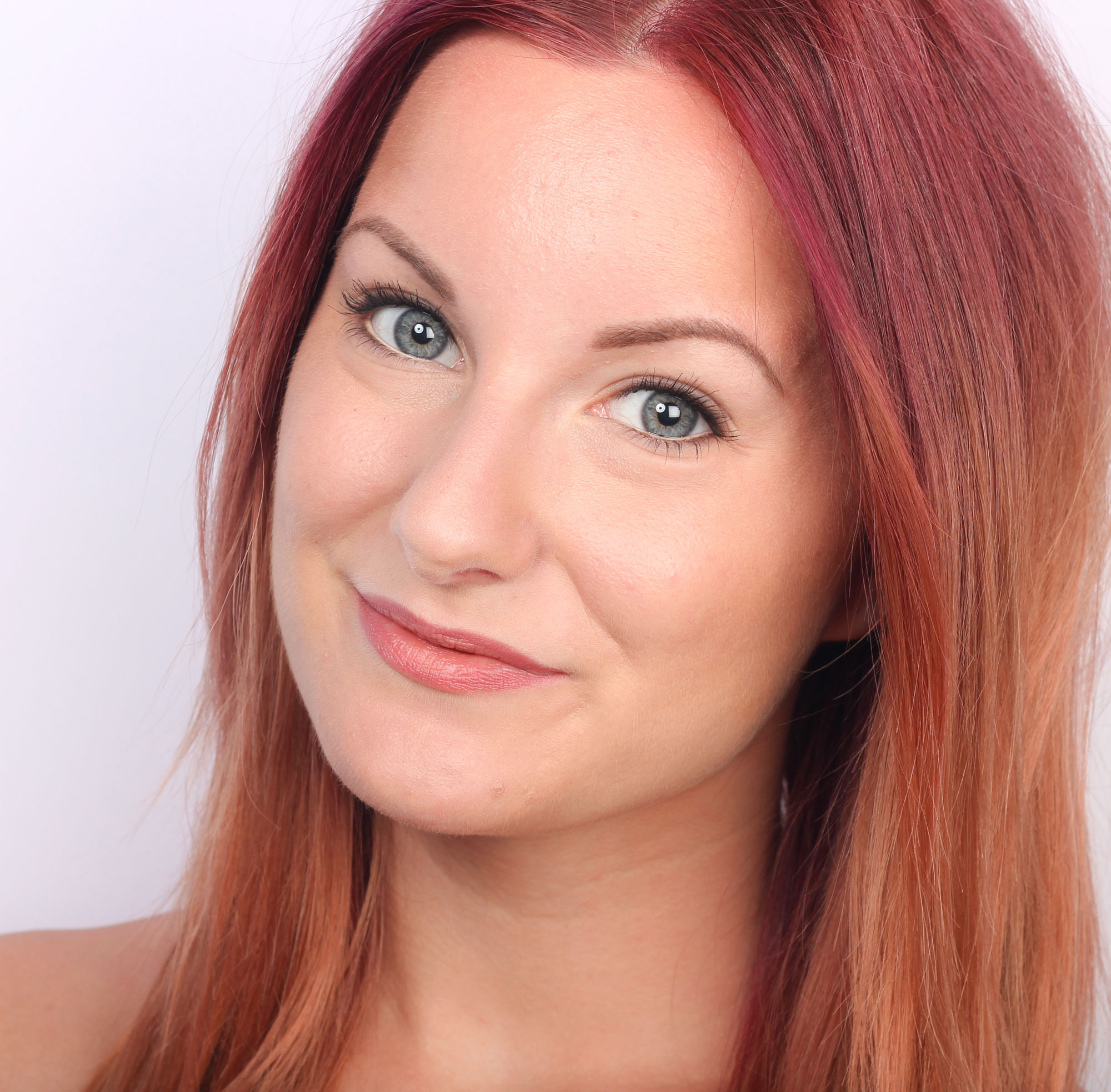 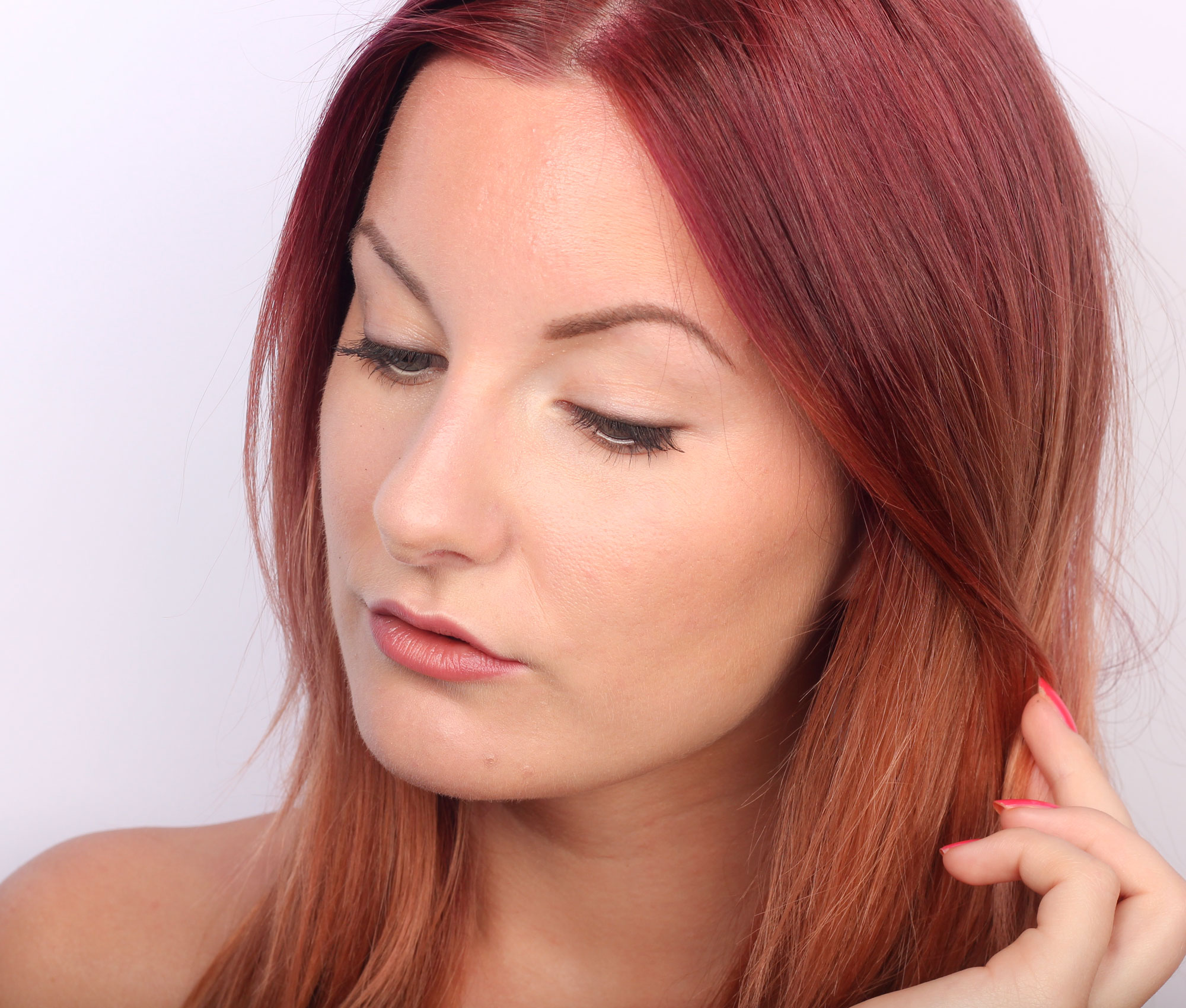 And since it (at least here in Gimo) will be gray weather for a few days now, I can also emphasize that this type of makeup is not only good for sweat and splashing pool water, but also rain;)

Even in rainy weather, I recommend taking more of the lip gloss, or a more colorful shade, to liven up a little extra in the greyish light and liven up the atmosphere a bit :)

Hug you and shout if you have any questions ♥