Now it's time to present another novelty creativemakeup.se, I finally sell an eyeshadow primer !!

Eyeshadow primer is a product I really can not live without, and I'm also very picky, Lumene Eyeshadow Base and Nyx HD Eyeshadow Base are the only ones I have stuck to and I have tested very many.

I have actually had the opportunity to sell eyeshadow primer before, but have not done so as I really have to stand for what I sell and have not previously found one that I think is 100% good. Among other things, I have said no to gloMinerals and Paese's eye primers as they did not appeal to me.

But now (!) I have found a cruel eyeshadow primer that I love, and now it is available to buy at creativemakeup.se! :)

It is BH Cosmetics Studio Pro Waterproof Eye Primer I'm talking about, the same brand as the new makeup brushes in the webshop. It's really awesome! 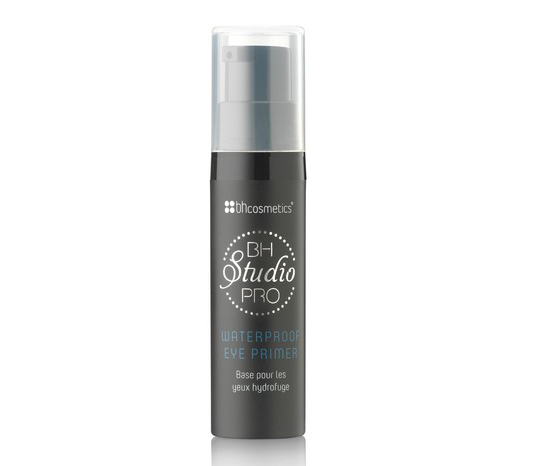 The primer is a waterproof eye primer that makes the eye shadows withstand much more moisture than with other primers. And the difference from not using primer at all is huge, but primer disappears the shadows almost immediately upon contact with water.

The texture is thin, liquid, smooth and easy to apply - not at all sticky or sticky!

Since I have promoted Lumene and NYX so much in the webshop, it does not feel more than right to compare these three products :) In the picture you can clearly see how the eye shadows are with different primers underneath.

The result with all three primers will be good, but I like BH Cosmetics the most thanks to these properties:

* The texture is something in between Lumene's thick texture and NYX which is thin and almost a little wet. BH Cosmetics is creamy like Lumene but thin like NYX.
* BH Cosmetics glides on the skin as easily as NYX, but the edges become easier to fade.
* BH Cosmetics does not have time to week so much when you blink before applying the eye shadows, which both NYX and Lumene do more. So it makes it easier when you put on make-up!

Here you see a close-up of BH Cosmetics primer :)

I did an extreme durability test on my hand, you can see the result above! If you rub even more on BH Cosmetics, it will also be erased, but it requires more than the other brands.

That said, two thumbs up for this eyeshadow primer !!

It costs SEK 129 and I have very few in stock right now so hurry up before they run out (I will make a new order but it may unfortunately take a few weeks it looks like now).

Finally, I offer two make-ups where I have used this eyeshadow primer :)