Now we are home in Sweden again after our holiday at Formentera! The blog will (after this post) start to roll on with daily beauty posts just as usual again and we are back at the salon full of energy :)

This was the first holiday in almost 3 years so it was really much needed. I was off for 3 weeks last year but that was when my mother had passed away, so it was not the case that you refueled energy immediately. But now I feel that I do not only have had a wonderful week - but I'm more alert than ever too!

Absolutely sick, this is how it feels to be alert and rested, I think now haha. I often think that people are tired and resilient when they have been free, but I really do not feel that way. All everyday chores such as washing dishes, washing, vacuuming, I do not even reflect on the fact that it is difficult anymore, I just see that it is needed and I do it immediately, no strange things. Nice :)

God it sounds like I've been gone a month haha! But a week is a lot for me as my last 2 years have looked. 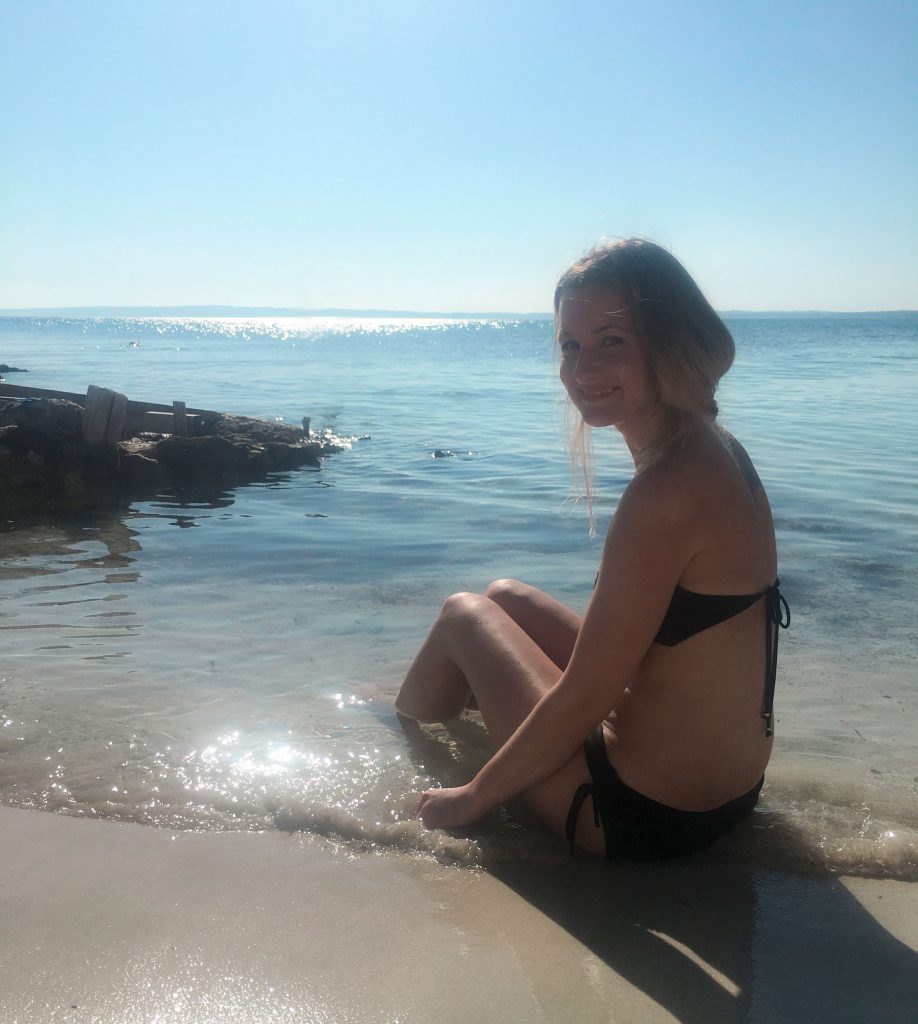 Here we were at a beach called "the secret beach", ie the BEST place on earth! However, I have renamed it "mermaid bay" haha because it felt so exotic and harmonious, would not have been shocked if it had swam a mermaid and sat there :)

We found the place the last afternoon before we went home and now I want to go there again just to hang out on this little beach for a whole week. Magically!

This is how you went down there, on a stair-ish: 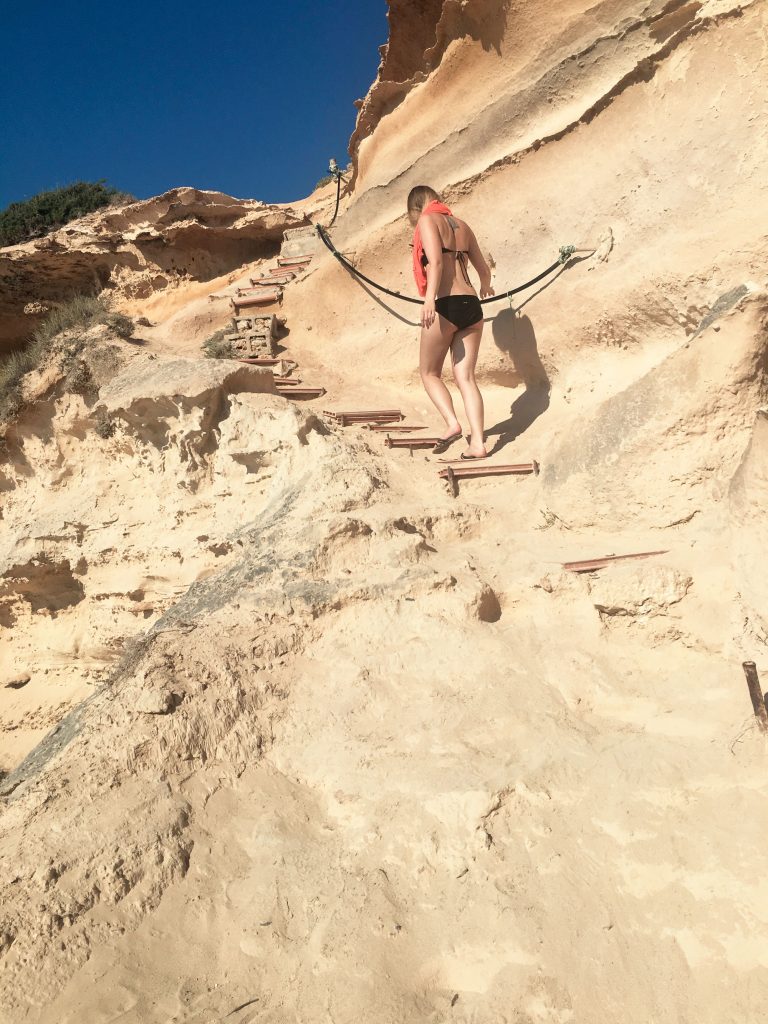 Meeen I was not really going to write so much about our holiday at Formentera now, other than that we have had a really good time and that we are home again. Though it was on the hair that we actually came home!

As I wrote in it previous post so we missed a whole day due to the plane delay, we went with Tui and they have had a lot of problems, we read in Aftonbladet later.

And do you know what happened on the way home? We had booked a transfer and received a text message 2 days before we are picked up by bus at 09.00. But there was no bus and after many ifs and buts we learn that Tui wrote the wrong info and that the bus was at the hotel at. 07.30! So it was us and a family with children with a baby, and when we did not get on the bus, no one from Tui tried to contact us and ask why we did not join. How sick?

There is a bus, boat and late bus again to get to the airport, and we had to stress-go away in a taxi more than 2 hours later than we should have left the hotel. We arrived at the airport 20 minutes (!) Before the flight left and had to hurry through luggage check-in and security checks before we finally got on the plane. Pjuh! 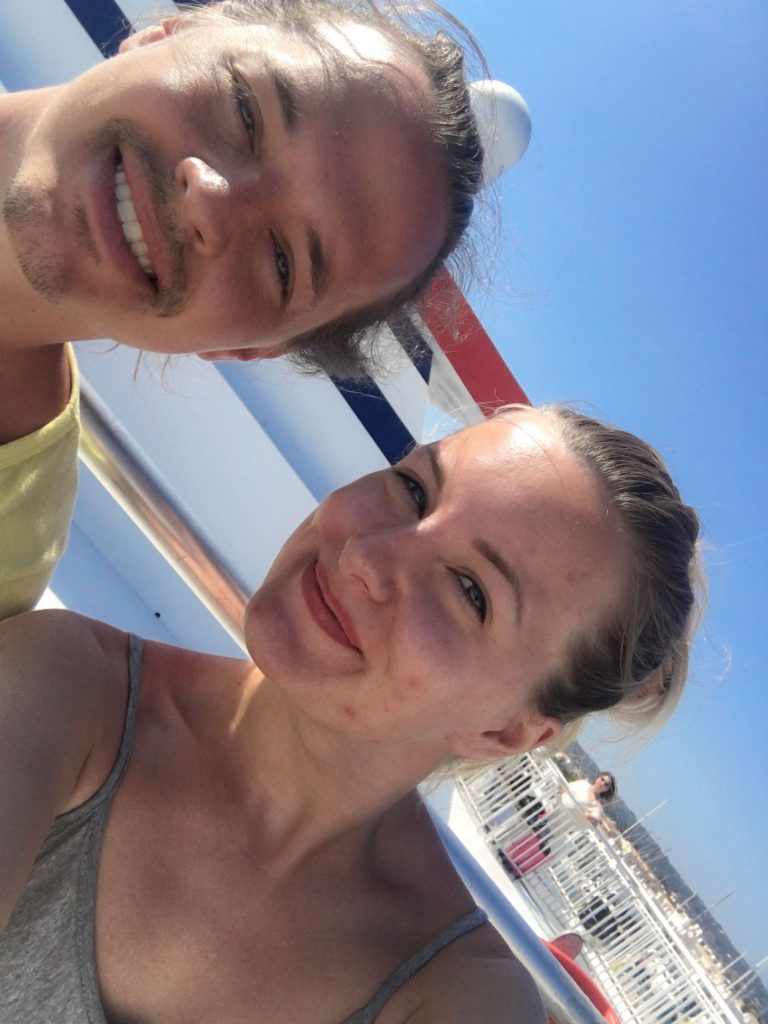 Here you see us on the boat, when we try to stay calm as our flight in this moment goes in 50 minutes and we are in the middle of the water outside Ibiza.. Many "what happened rum we miss the flight thoughts" galloped through our heads here you may believe haha.

But we he! It was as if Tui compensated our super tough trip there with a super fast return trip instead.

Anyway, we are very happy with the week, I can really recommend a holiday at Formentera! However, I can barely watch Tui-loggan longer, but we might just be unlucky, does not say that other airlines are necessarily better :)

Safari trip in South Africa with a rental car

Roadtrip in Spain! (With rental car)