Writer, Helena Amiley
0
377
Facebook
Twitter
Pinterest
Email
Print
- Advertisement -
Last Saturday I signed up for a make-up competition held by Make Up Store. You had to send in a picture of a make-up you did, 12 people got to take part in the competition.
The day before yesterday I was told that I came with :) So today I ran and Nicolin to Stockholm, she was my model that I would put on make-up. Super nice of her to show up on a school day!
I had planned to do a really colorful make-up, which is still really nice at the same time as it stands out. However, you would use MOUSE makeup, and the colors you had to choose from were basically brown, gray and dark green. So my plan went a little to the forest.
But a dark party make-up is nice too! A bit awkward as I was not allowed to use my own makeup brushes, it's really a matter of taste what you like to work with. But I got ready in time (40min) and felt satisfied anyway! 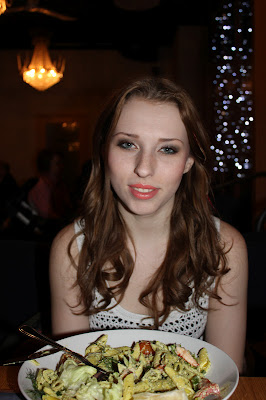 Afterwards I invited Nicolin to lunch because she had taken care of herself, haha.
You can see a bit of the make-up in the picture too :) Love the lips! 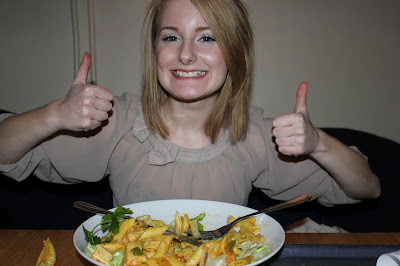 And I was proud of myself, despite the circumstances :)
It is not until half past seven tonight that there is a vote Åhléns City (so you who have the roads past can go in and vote for me, hihi)
I have no idea when I will find out if I have moved on or not, but if I do, I have the chance to win one. makeup training!

However, I do not think I will win, because it not is a jury that judges without people coming there. So all other competitors will call theirs buddies who will vote for them, and I basically have no friends in Stockholm.