Writer, Helena Amiley
0
476
Facebook
Twitter
Pinterest
Email
Print
- Advertisement -
A lot has been on the schedule in recent days, which has caused a crazy bad blog update!
But Sister Mia has peppat me so much, blog-wise, that I really invest the iron in this now! No more lying on the lazy side for me! :)
This is how you get an absolutely wonderful spring make-up step by step!
(All eyeshadows are from the 180 palette) 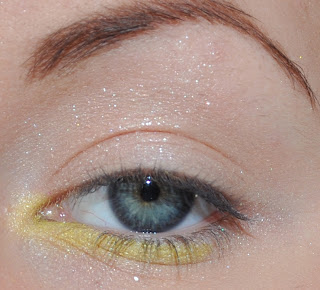 Yellow eye shadow on the inner part of the lower lash line. 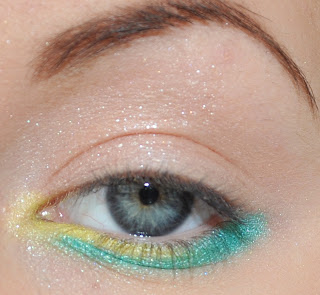 Turquoise blue eye shadow on the rest of the lower lash line.
Note
That I have not met the yellow eyeshadow with the turquoise blue by blurring them together, but put them on omlott! A much better idea when using a light inside and a darker outside. It looks better and makes the eye look bigger! 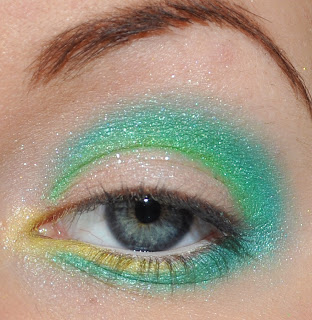 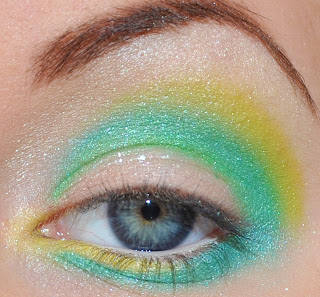 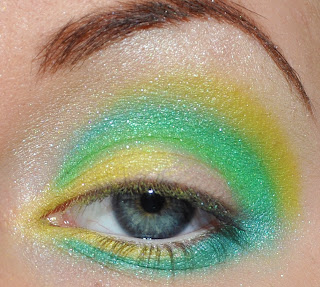 Yellow eye shadow from the corner of the eye up to half the eyelid. 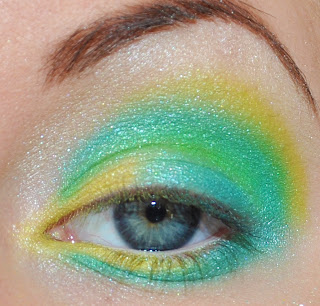 Turquoise blue eye shadow on the rest of the eyelid.
- Advertisement - 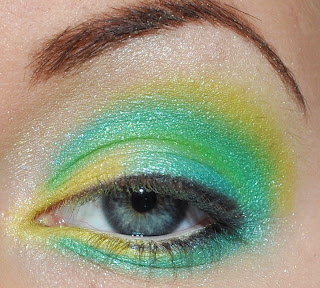 Smear it together yellow and turquoise blue the eye shadow lying on the eyelid.
Add Black eyeliner on a little more than half the upper and lower lash line, H&M. 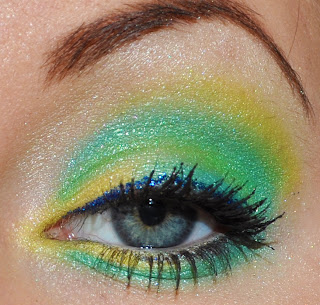 Dark blue glitter eyeliner on the entire upper lash line, Viva la Diva. It is not very good though, sometimes it comes loose after a while so you can pull it off.
Mascara on both unde eyes upper lashes, then it is clear! 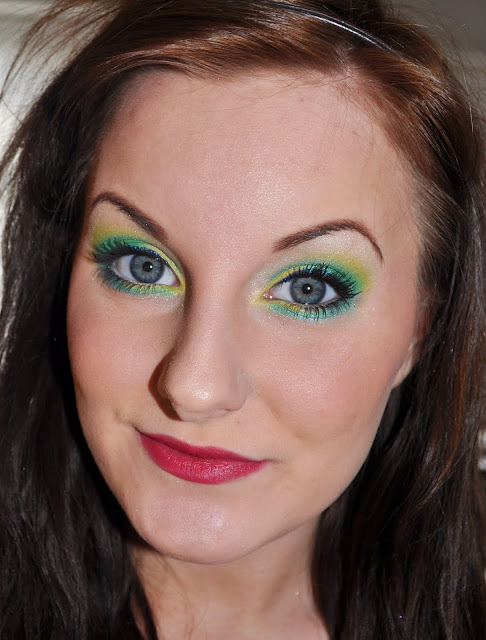 Raspberry red lipstick, unknown brand (something I found at home)
Had my last day on practice yesterday as well. Very sad… Became so bloody that I almost had a lump in my throat when I went to the bus.
I will never be able to take the student!
- Advertisement -
Share
Facebook
Twitter
Pinterest
Email
Print
Previous articleStudent make-up
Next articleLovely Saturday