Update: I have received an answer from Luxstyle.se and they answered "With regard to the images you presented, it is our affiliates who have used your images without our knowledge or approval. Their campaign has now been removed and they will never use your photos again. We apologize on their behalf.”

I do not want to delete this post anyway because I still want to warn you about surreptitious advertising, it's so common! Regardless of who publishes. But according to Luxstyle.se, this is not their fault in any case, they have had good service when I emailed and I can not say with certainty who is responsible for this advertisement.

Original post:
Emails are starting to fall in from several readers who have seen my eyes on an advertisement that is spread on Facebook, an ad for the eyelash serum Quickmax that links to the webshop luxstyle.se, and on each ad there are different cities so I suspect that this is an advertisement that is currently spreading throughout the country.

My eyelashes in these pictures have NOT become long from the Quickmax serum and I have absolutely not given them permission to use my pictures. I've never tested that serum.

I want to warn you so that you do not go on this scam! 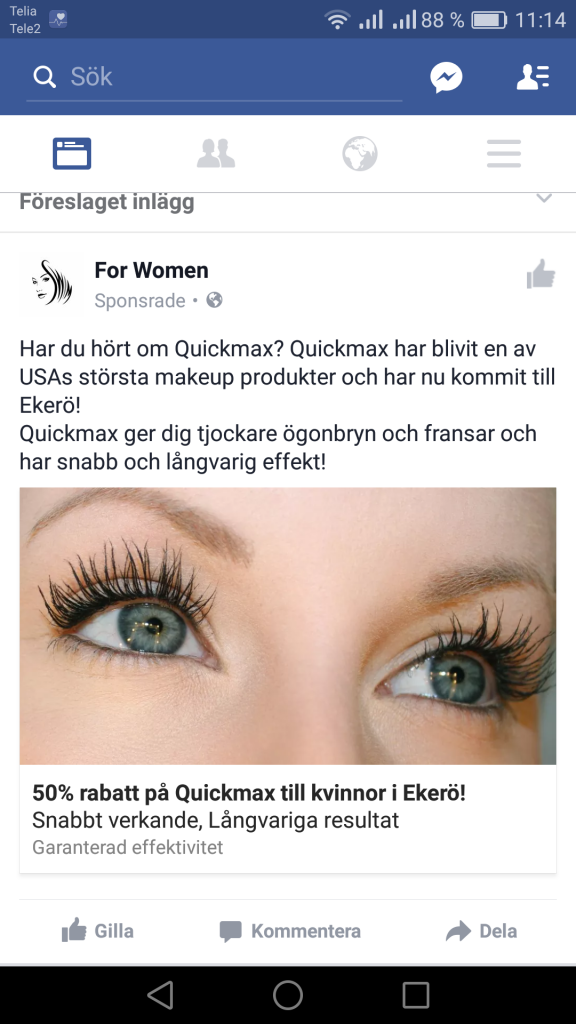 This is neither the first nor the second time this happens with my eyelash pictures, both get incredibly frustrated at the same time as it starts to get very tiring… This picture is not even made to show eyelash serum without fiber mascara, the lashes are super-made up with elongated fibers.

After a bit of googling, I also found one article as Svt.se wrote about this website in "Plus Reviews", that the webshop deletes negative reviews and makes positive scam reviews. The article was written in 2013.

And again - thank you so much for being so attentive and nice who send things like this to me when you see my pictures in different places! :)