Writer, Helena Amiley
0
251
Facebook
Twitter
Pinterest
Email
Print
- Advertisement -
Yesterday was a very good day!
Be first on my internship (where I will start in 2 weeks) because Annika, one of the make up artists there, needed someone to practice a make-up on. She is super talented, won sm in makeup and will now represent Sweden in em in a week!
Then she will do this make-up: 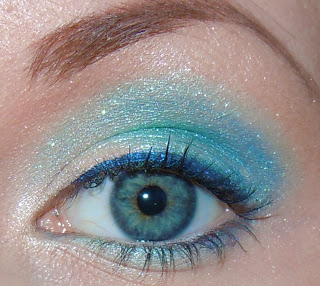 The picture was taken on the way home, several hours later. So it is not as nice as when it was newly made, but still super nice! Also got professional-plucked eyebrows, lyyyyyx;)
Longing even more for my internship now!

The day continued well, despite setbacks that later resolved for the better (thanks Mom!) Shopped a lot of clothes in town, which you will soon see pictures of.

Then Frida and I went home to Miska. The melody festival, shrimp sandwiches and good drinks, the atmosphere was great! Although Oh my God did not win, hahaha;)