Writer, Helena Amiley
0
366
Facebook
Twitter
Pinterest
Email
Print
- Advertisement -
Only since I was little has it always been my sisters Mia and Malin who have fixed me for special occasions. But Mia mostly lately when Malin moved to Österby.
But tomorrow it will be reversal of roles, I have actually been given the honorary assignment to makeup Mia!! She will finally go out for a little party for the first time since Mila came into the world, and wants to feel as good-looking as possible! :)
There will be either one Dark green or a dark brown make-up. It's a little nervous because I've never made her up before, but sick fun!
So today I have done two such makeups to get some inspiration until tomorrow! :) Here comes the green: 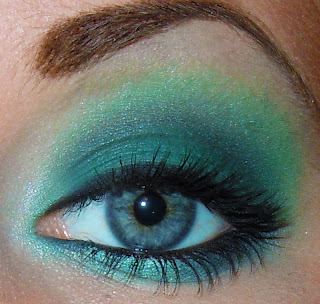 All eyeshadows are from the 180 palette.
Green eye shadow on the lower lash line and the entire eyelid.
A little black eye shadow over all green.
More black eye shadow at the end of the lower lash line and along the globe line.
Light green eye shadow over the globe line.
White highlighter under the eyebrow and in the corner of the eye.
Black eyeliner on the upper and inner lash line, H&M.
Think (on my data at least) that the make-up almost looks a bit blue in the pictures.
Does it look that way to you too? At least it's as green as it can get, no blue at all! 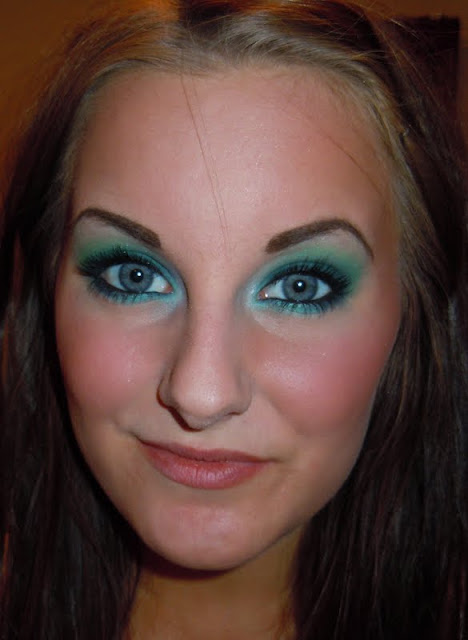 Now the question is, should I publish the dark brown makeup at once. Or set it to tomorrow when I probably won't have time to blog?