Winner of the challenge!

Writer, Helena Amiley
0
258
Facebook
Twitter
Pinterest
Email
Print
- Advertisement -
It got a little crazy when I only got 5 comments on my little competition, because it took at least 7 for someone to win. I still want to keep that principle in some way.
But now I lied a little! I wrote that it took at least 7 for the winner to get one surprise, not to nominate a winner! Of course we will have a winner in the competition !!!
You have been so involved in your descriptions that I am almost ashamed of my own :) But now I have thought so it smell burned and finally appointed one winner! 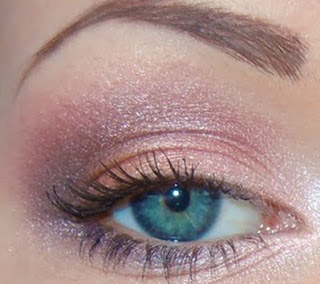 Then you added one gold colored shadow on the outer part of the eyelid thus not all the way into the corner of the eye.
One bronze purple shadow along the globe line and half the lower lash line.

One old pink shade over the globe line and blur with the bronze purple.

One skin tone colored shadow with lots of shimmer in the corner of the eye and along the other half of the inner lash line.

(filled in the colors so that you can easily compare her answer with mine. Namely wrote my answer before I announced the winner)

You included everything in my statement! The only thing was that you wrote skin color where I wrote light pink (which is kind of the same thing?) and old pink where I wrote burgundy (which turns old pink when you erase it)

I also wrote white shimmery highlighter on a separate line, but you still describe the light pink and shimmer in the right place, so the result is exactly the same!

You get extra gold edge for your short but accurate description which was easy to understand! :)

Was unfortunately not a jewelry price but can arrange the leaf ring to you (if you still like it the most) for half the price instead! :) It actually costs SEK 100 but you can get it for a 50 note if you want? 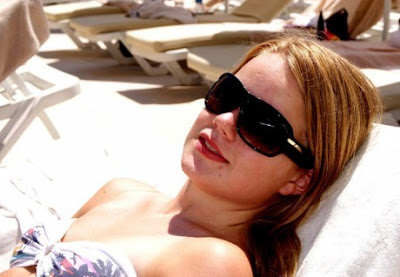 Check out Ida's blog also! :)
Ida won, but I want to thank EVERYONE who participated and competed! It was a difficult competition, but I was positively shocked at how good and accurate you were! It was not easy to choose a winner, and it was small details that decided in the end.
Would have liked to have chosen everyone as the winner but it would have been a bit boring;)
Ska ha lighter competitions eventually too, but it will be a bit expensive to send prizes. But are there any who want to compete to get one linking in the blog so I can fix lots of competitions! Type one a week or reached depending on how many people want to join?
Have 150-200 readers a day, so even if this is not the worst celebrity blog, you can certainly get some extra readers :)
Thank you again for competing!
Terribly well done everyone!
- Advertisement -
Share
Facebook
Twitter
Pinterest
Email
Print
Previous articleTowards school!
Next articleTwo good blushes!