Today's make-up is a quick look in warm tones on both lips and eyes, the eye shadow and lip pencil were really spotless together :) 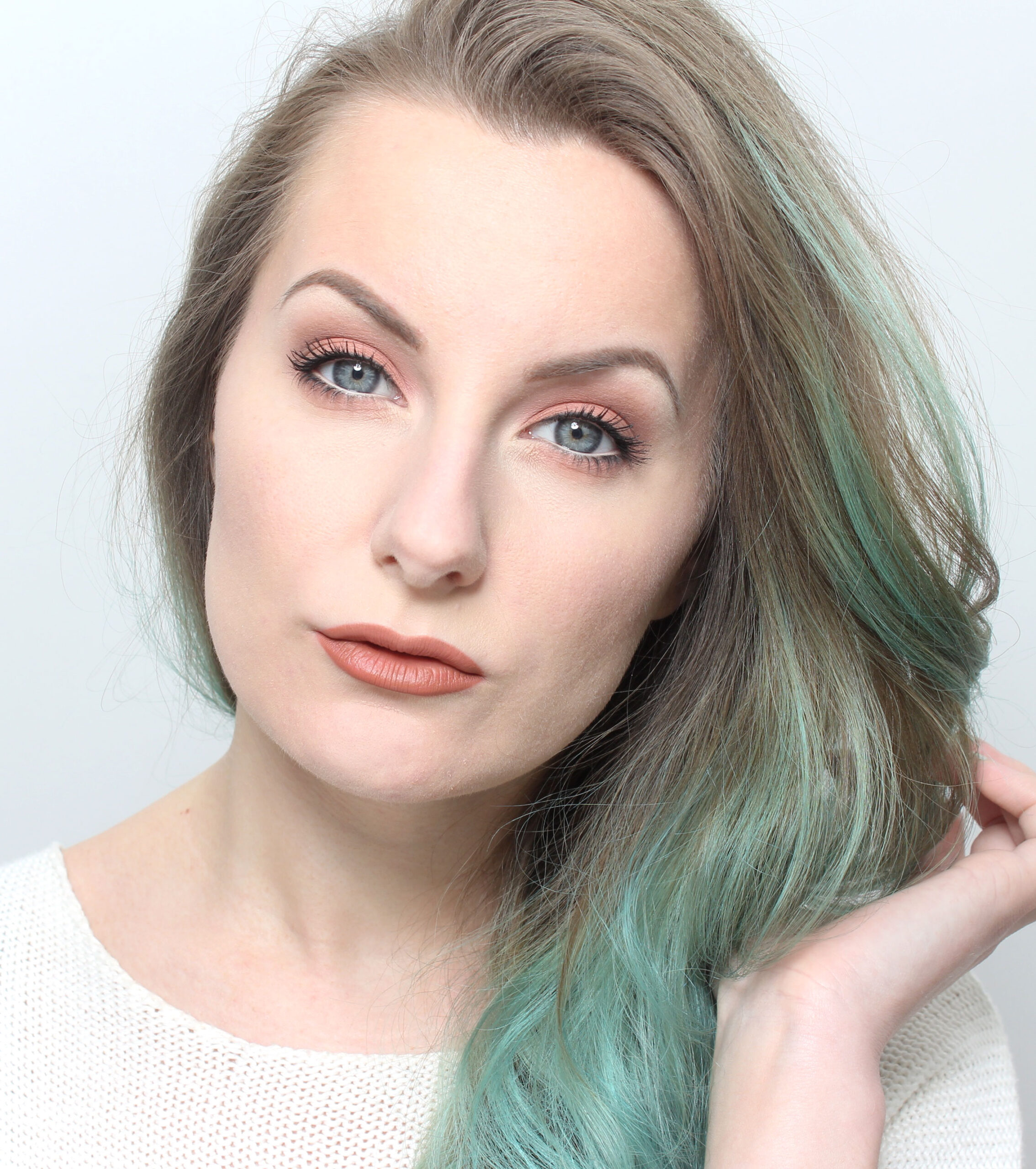 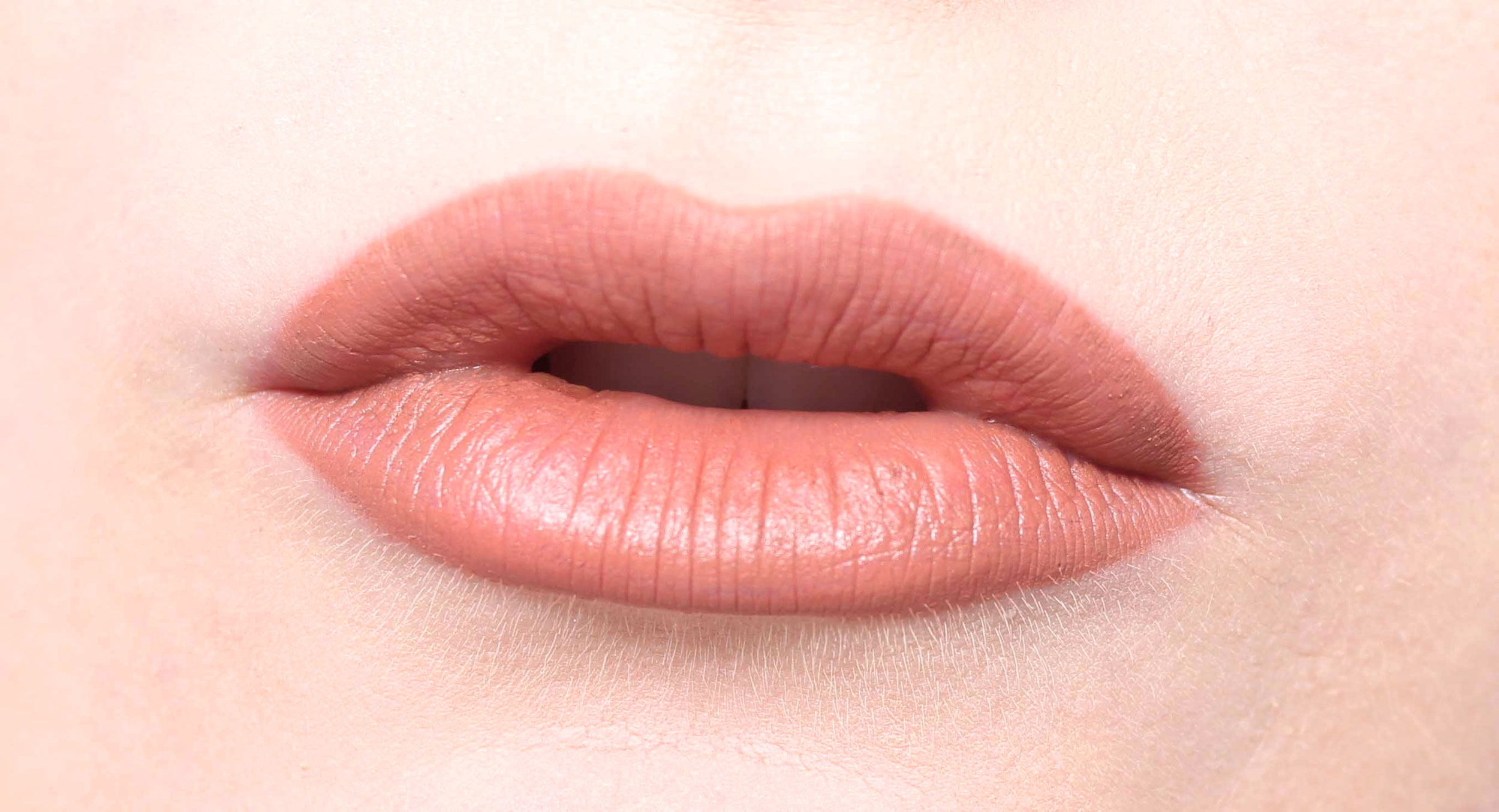 Love this lip color, it's hard to find a nice neutral tone that is warm, they have succeeded with this! 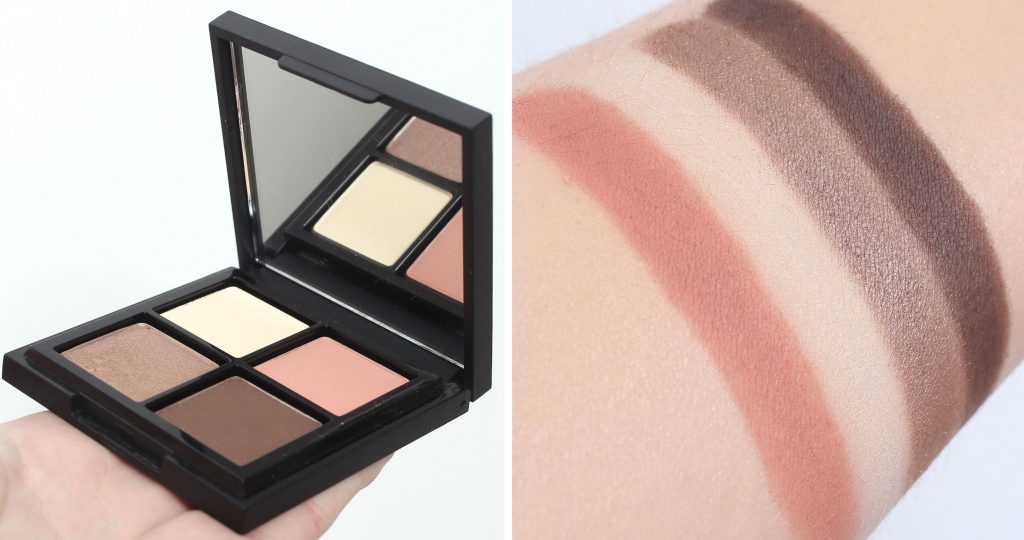 The eyeshadows are all three from this palette, glo Skin Beauty Shadow Quad in the shade Bon Voyage. I have used all but the light brown.

Got compliments for this make-up from a customer at work who thought the terracotta-colored shade was so heavenly nice, and when she saw in the palette that it is actually the same light color as on the eyelids, she exclaimed "dif are incredibly pigmented!”. She was used to shadows with bad pigment and thought that my color on the eyelids would come from a very bright eyeshadow :)

I just applied a thin eyeliner because I think the eye shadow color is so nice so did not want to take up so much of the eye with black :) 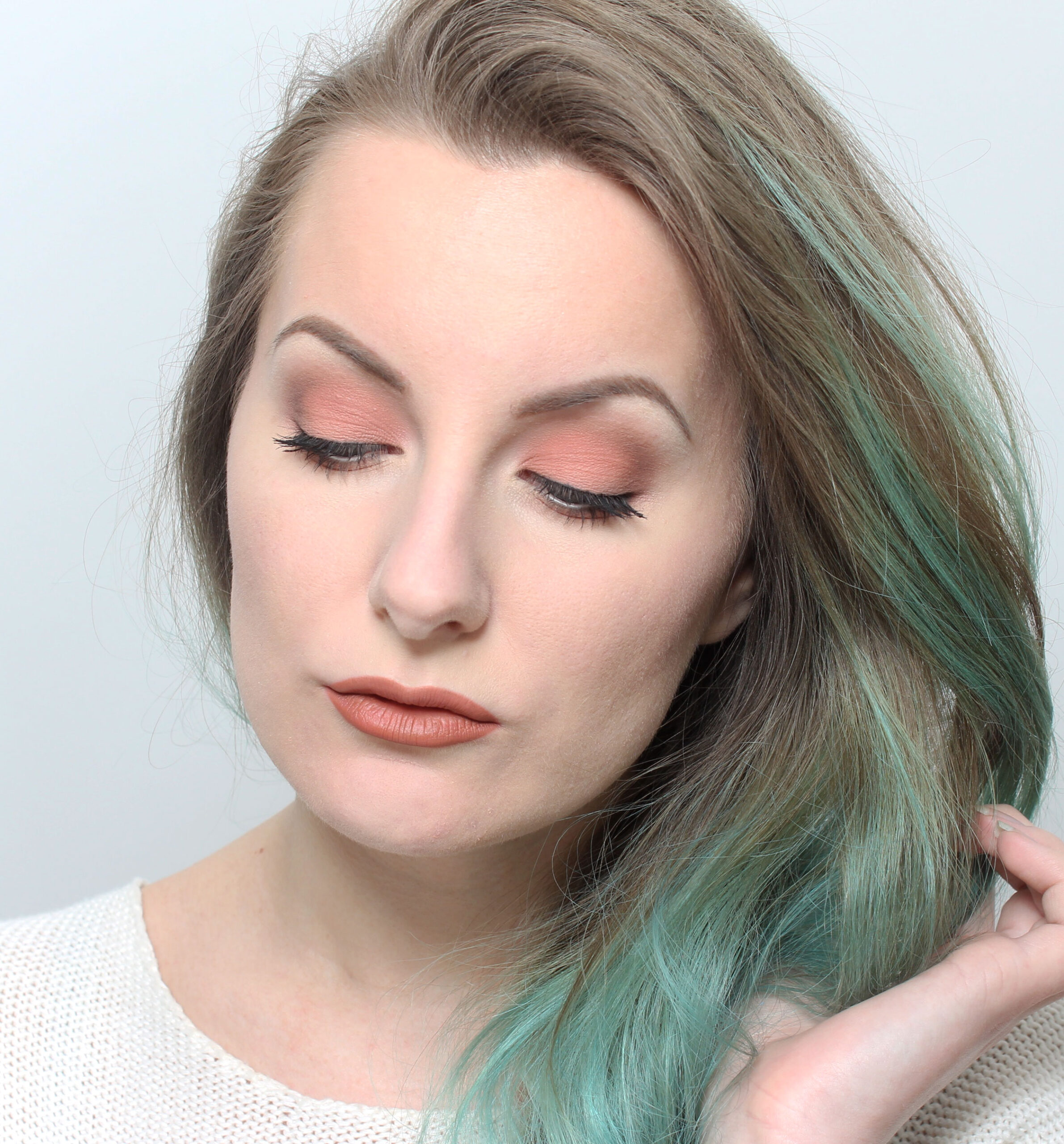 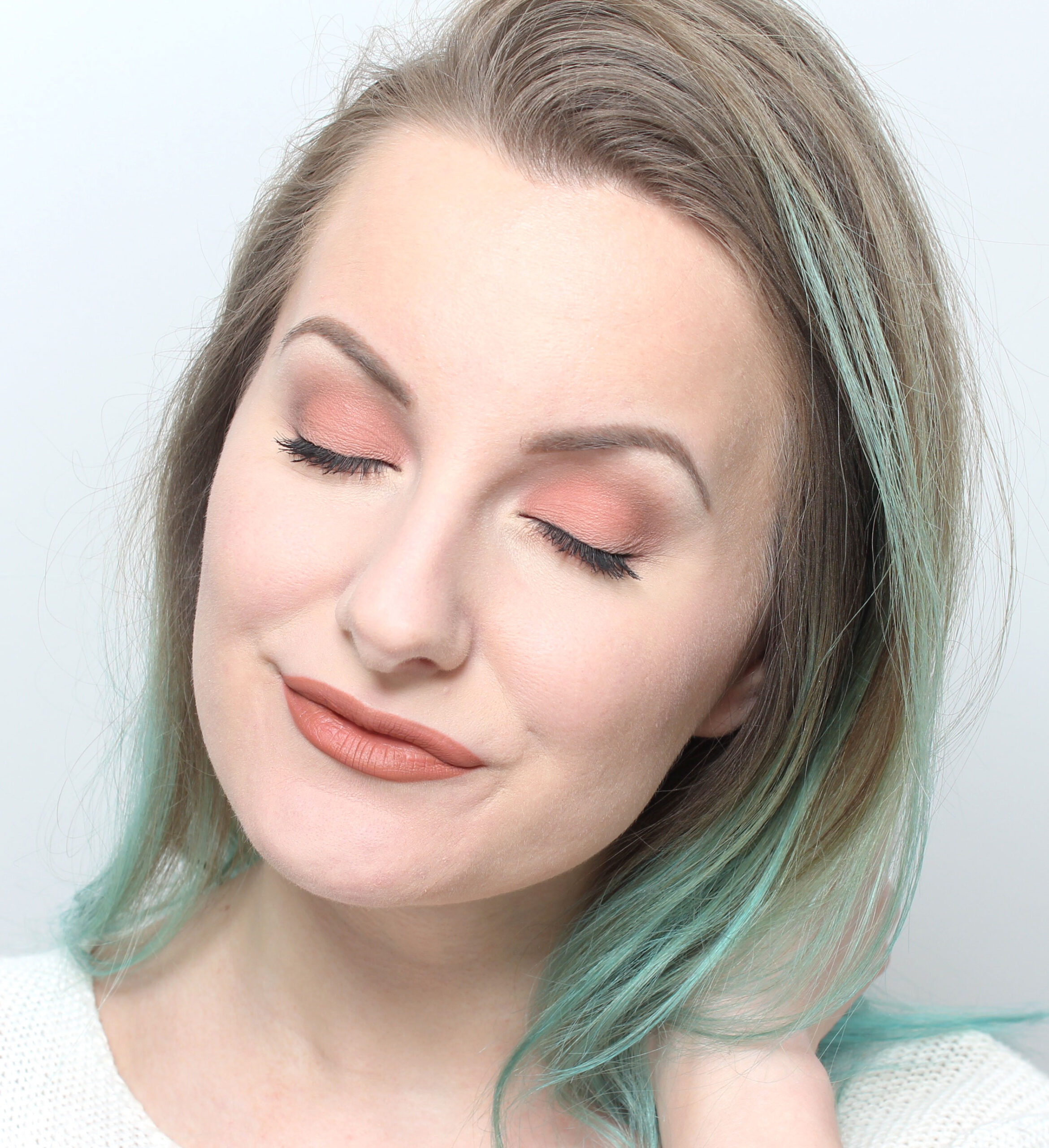 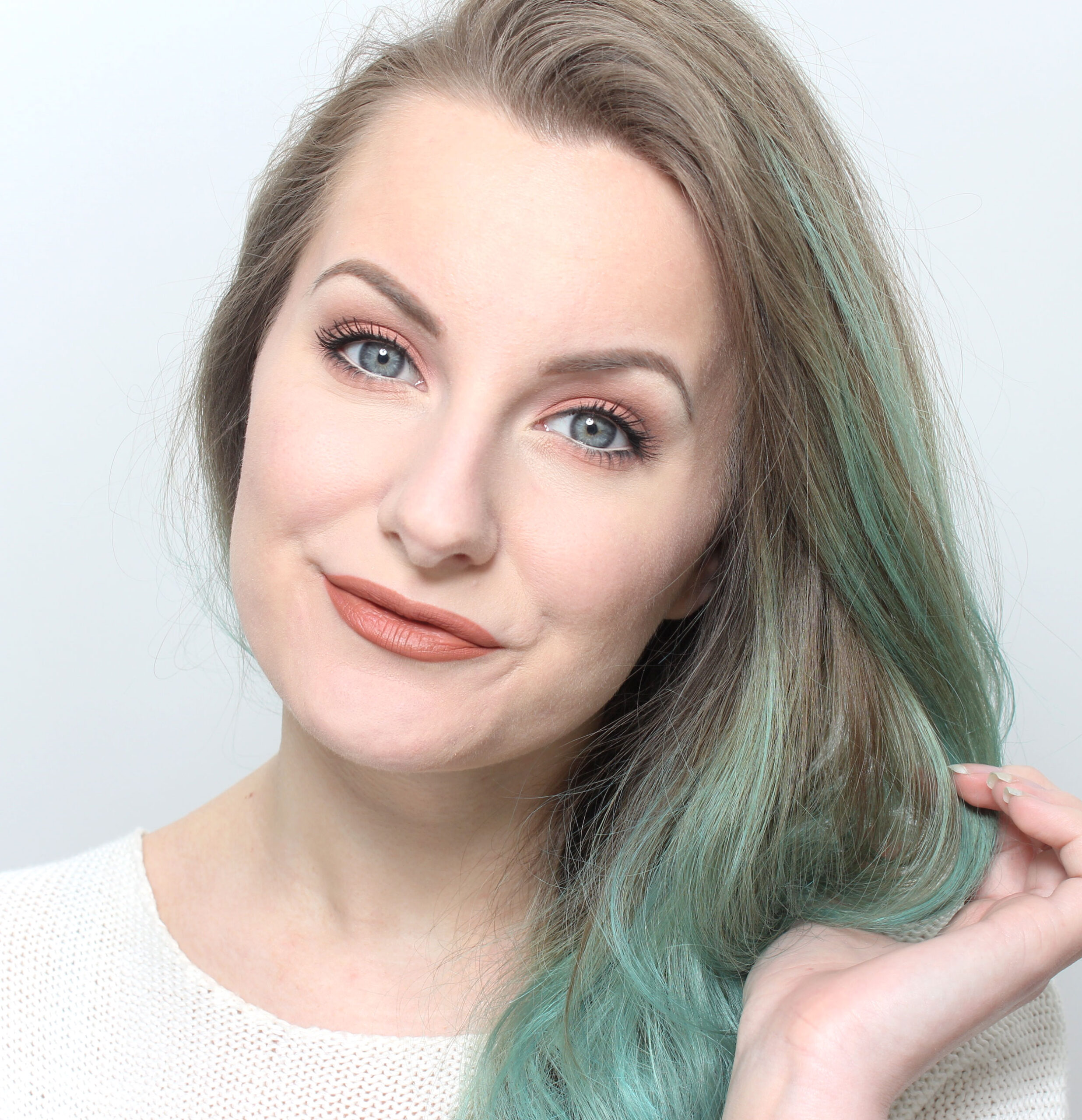 My hair is almost starting to go a little in the mint direction now, I like it!