The brown eye shadow in the palette glo Skin Beauty Shadow Quad (Rebel Angel) goes a bit in the burgundy direction and is crazy good looking!

In today's make - up I have used it for smoky eyes and then I mixed the peach golden shade from the same palette with Kryolan Cake Liner Sealer to make it a liquid eyeliner and the combo became so nice that I almost choked :)

Hope you like the look too! I wore it to a large, white knitted sweater at work and a carelessly set knot, became a very nice contrast. 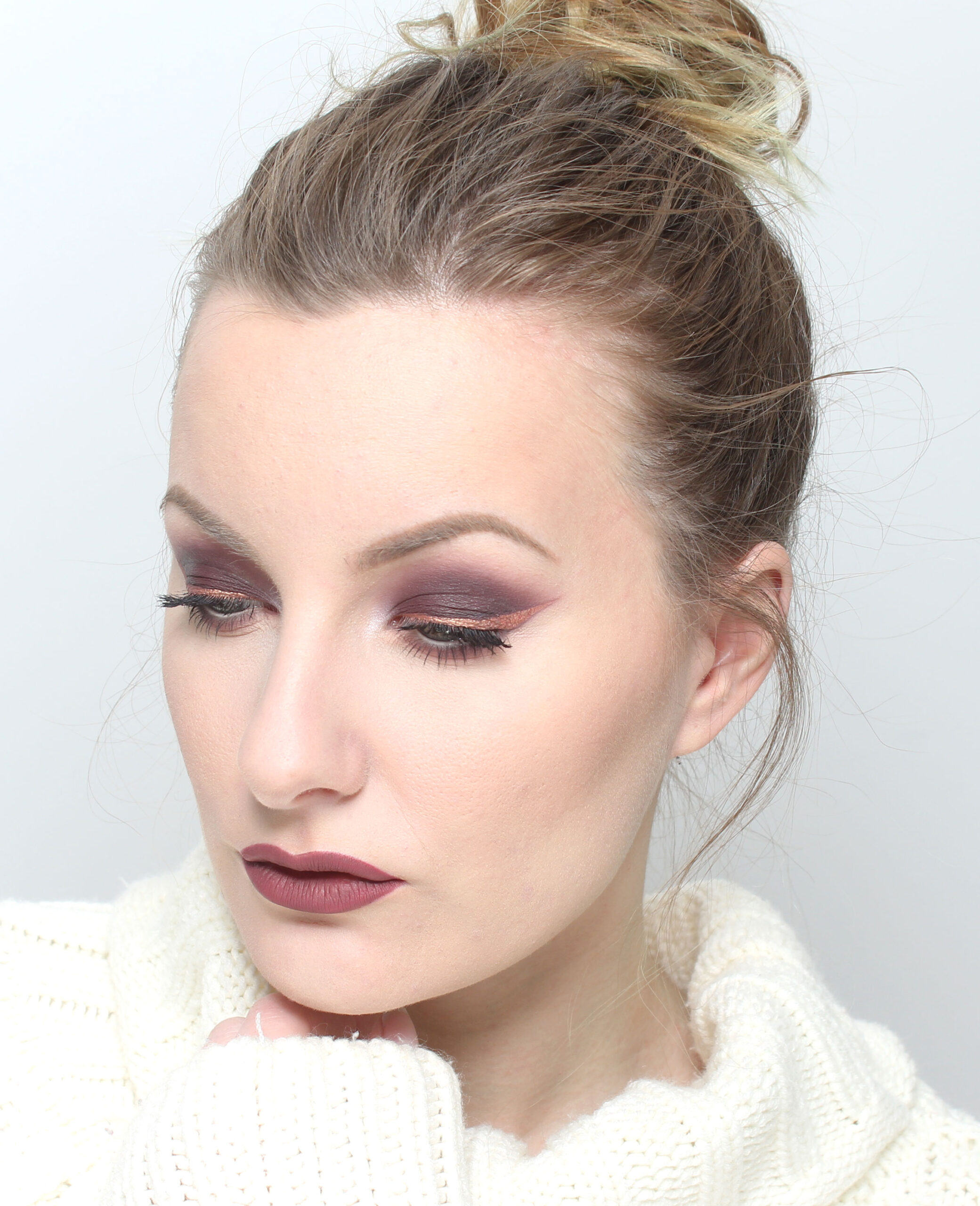 I really have not used this eyeliner for the last time, another one will probably come with this shade as an eyeliner later :) 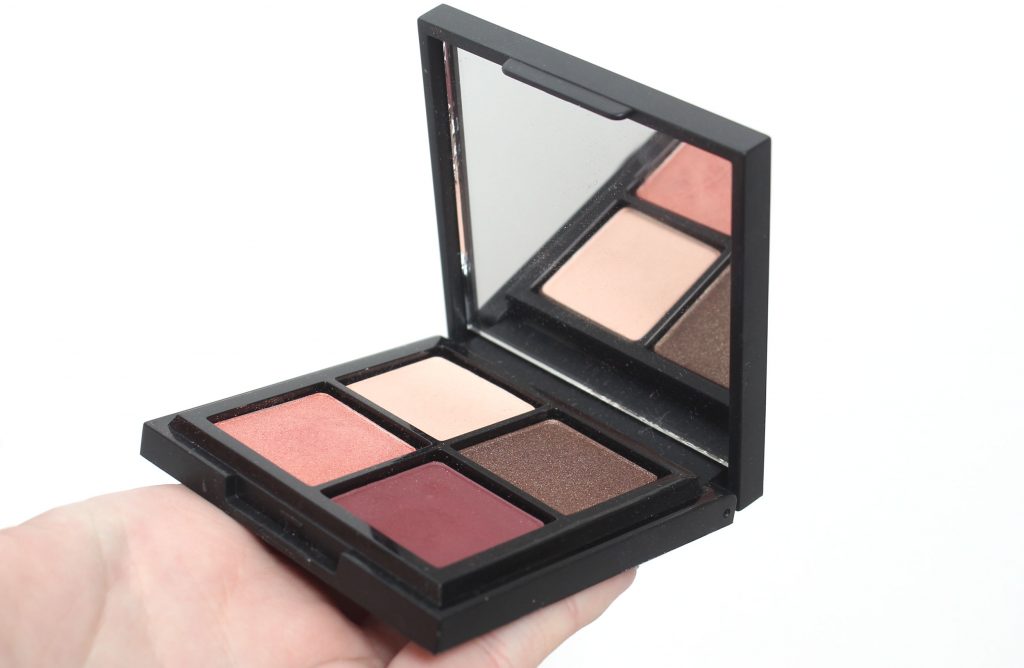 All eye shadows are from the palette glo Skin Beauty Shadow Quad (Rebel Angel) if nothing else is written in my step by step below: 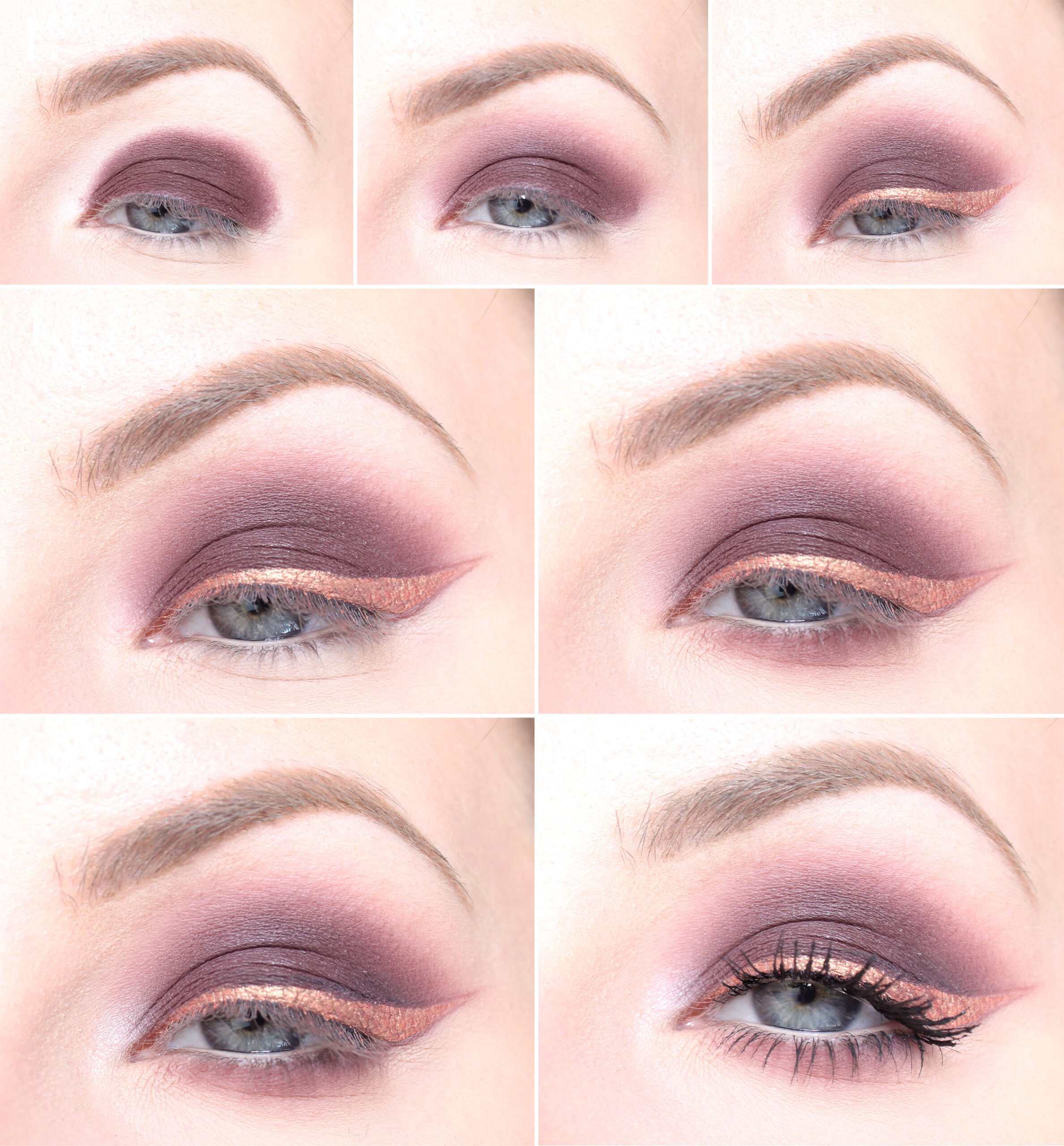 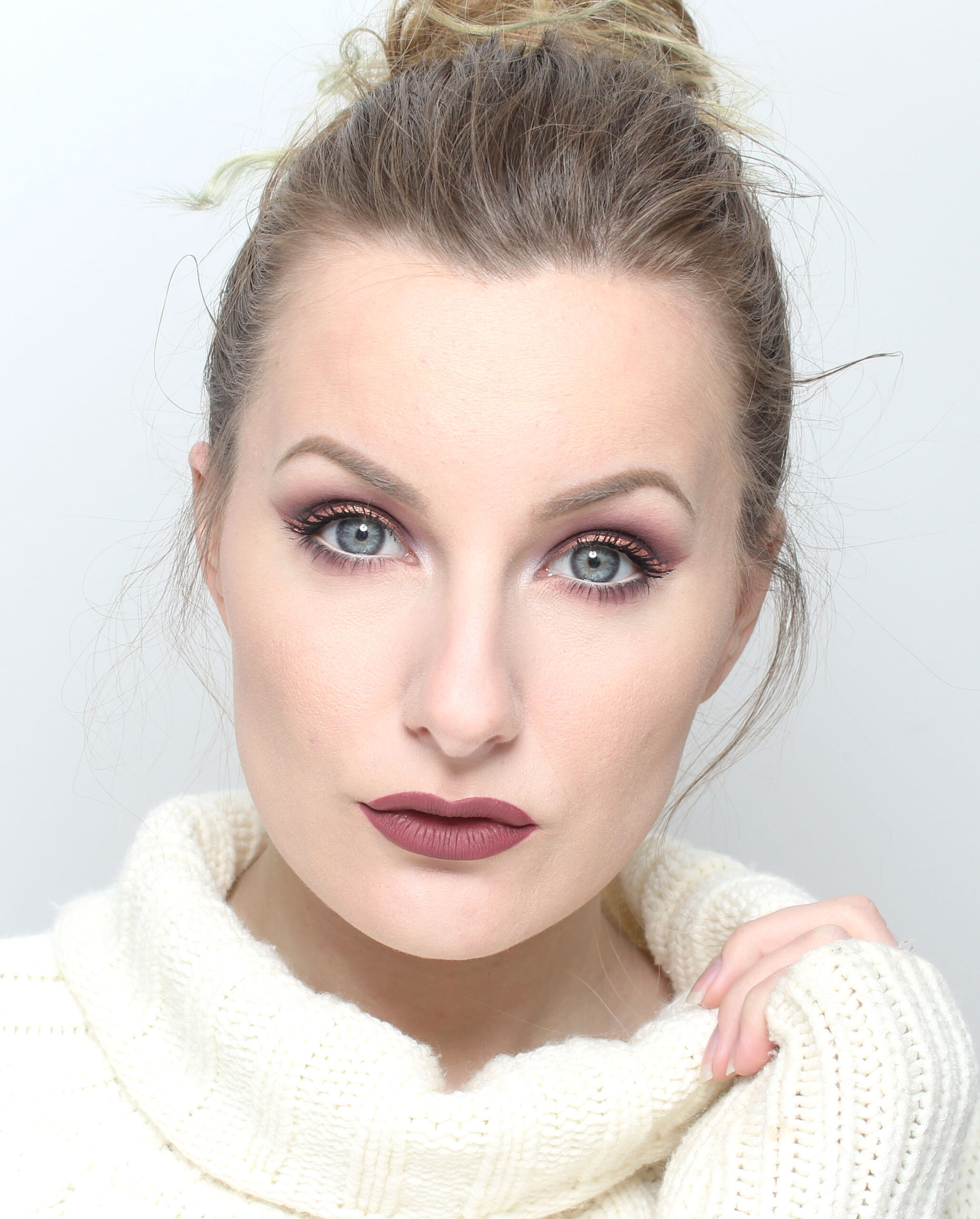 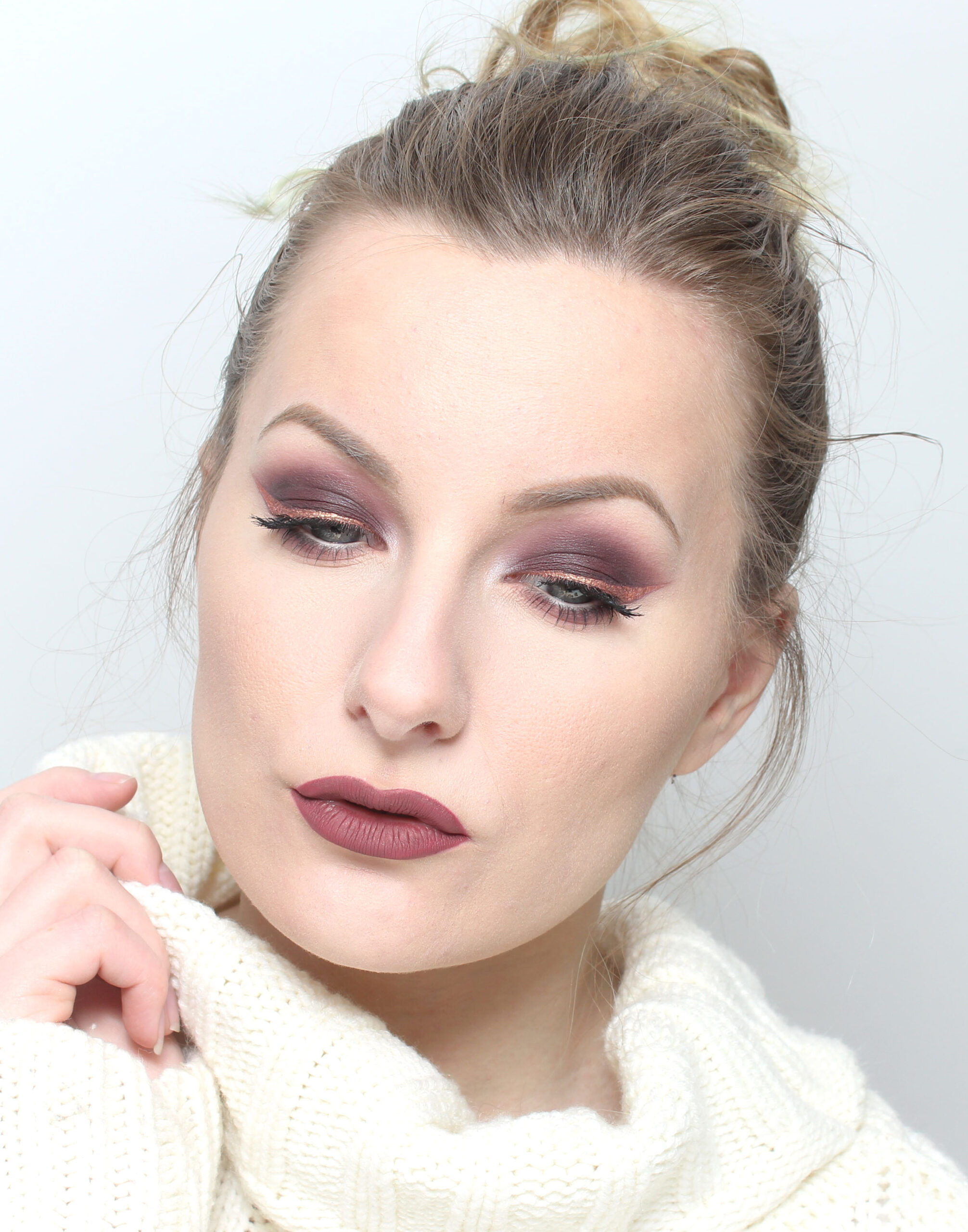 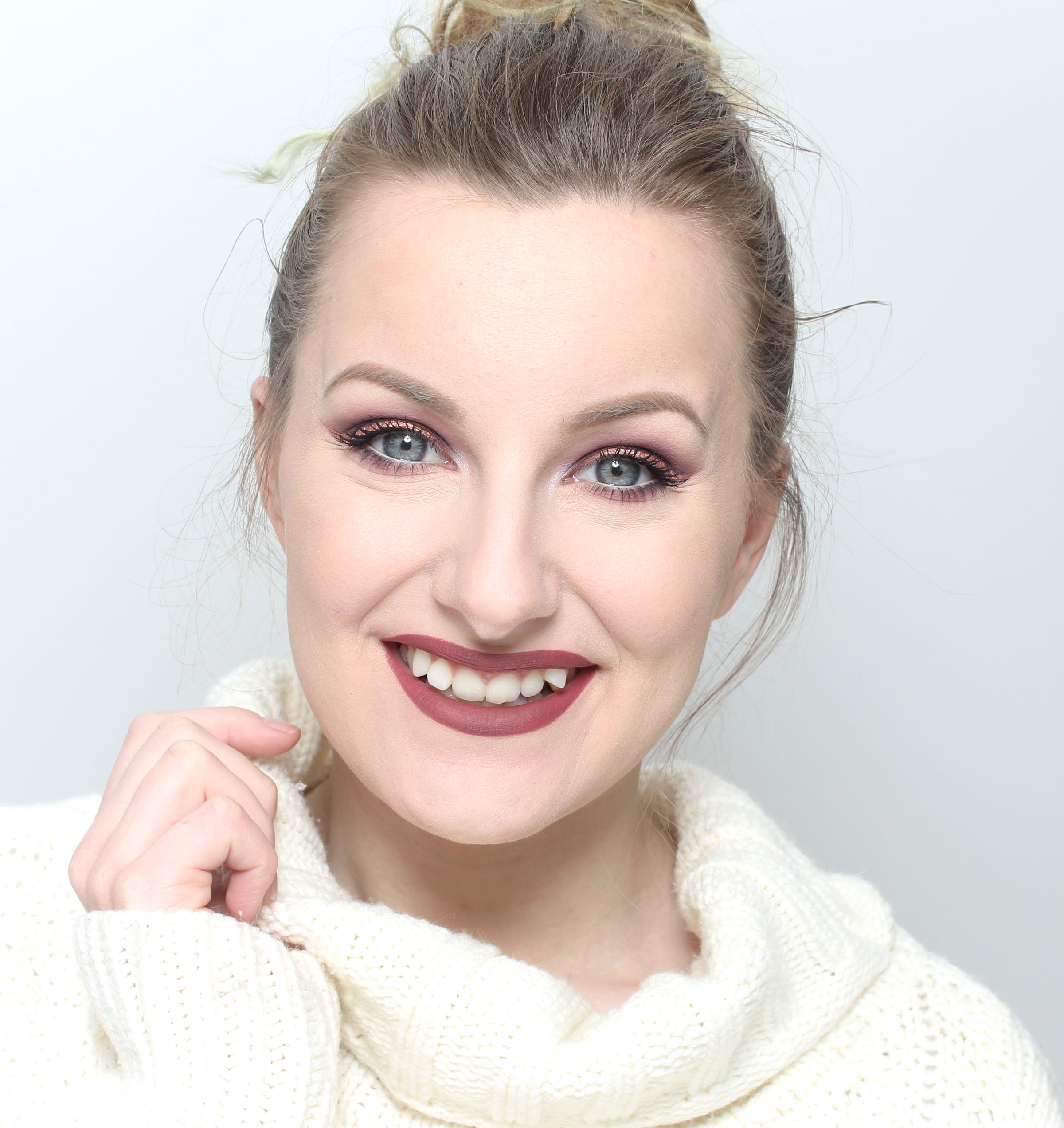 Tip! When you make a light eyeliner, feel free to make a lashliner (mine is tattooed so I do not do it every day on myself, but you can see a tutorial on it in this post) and apply a little extra mascara. It is not a must, but you can easily feel that the eyes look a little tired with a light eyeliner when you are used to a dark, it kind of lowers the gaze a bit.