All make-up for 2 weeks ahead is now prepared at home before the holiday and this make-up was the first make-up I did after we booked the trip. I put on make-up with Spanish music popping in the speakers and so heavenly happy - and I think it shows in the result :) 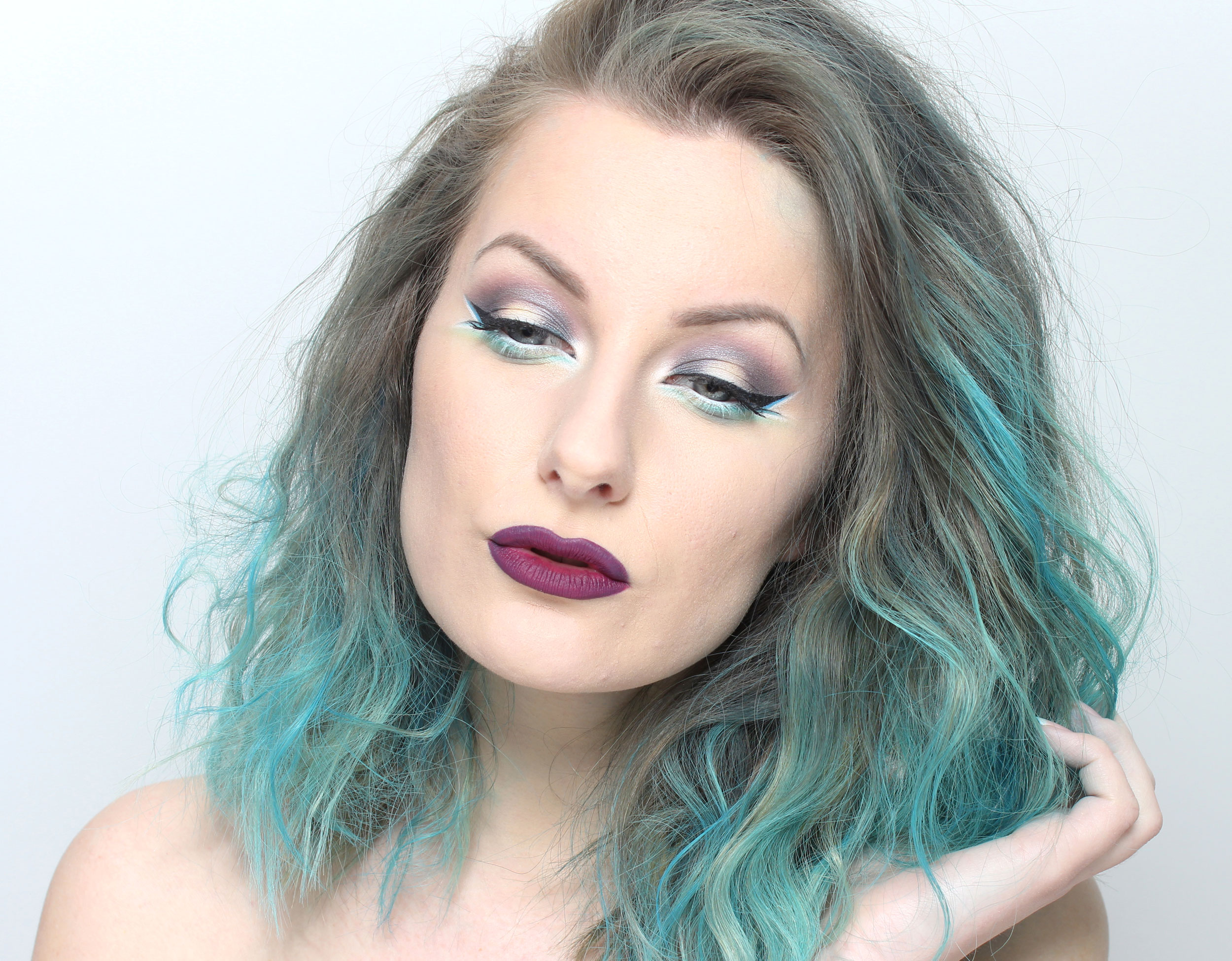 I first put the gray lipstick on the whole lips and then the dark pink over it which became a nice color no matter what! The dark pink lipstick is not so dark purple at all, but the gray underneath.

I love how the top and bottom of the eye makeup are completely different :) 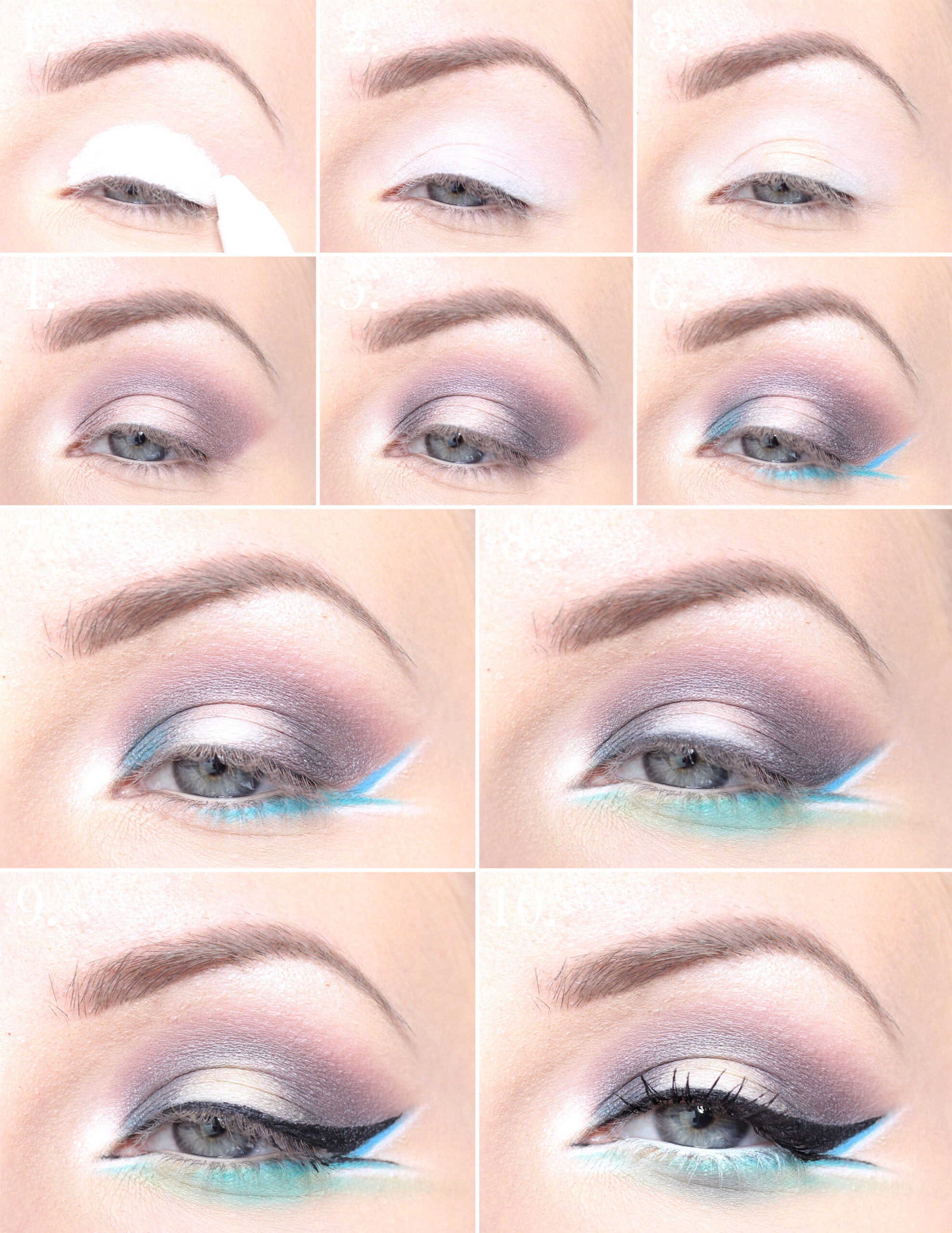 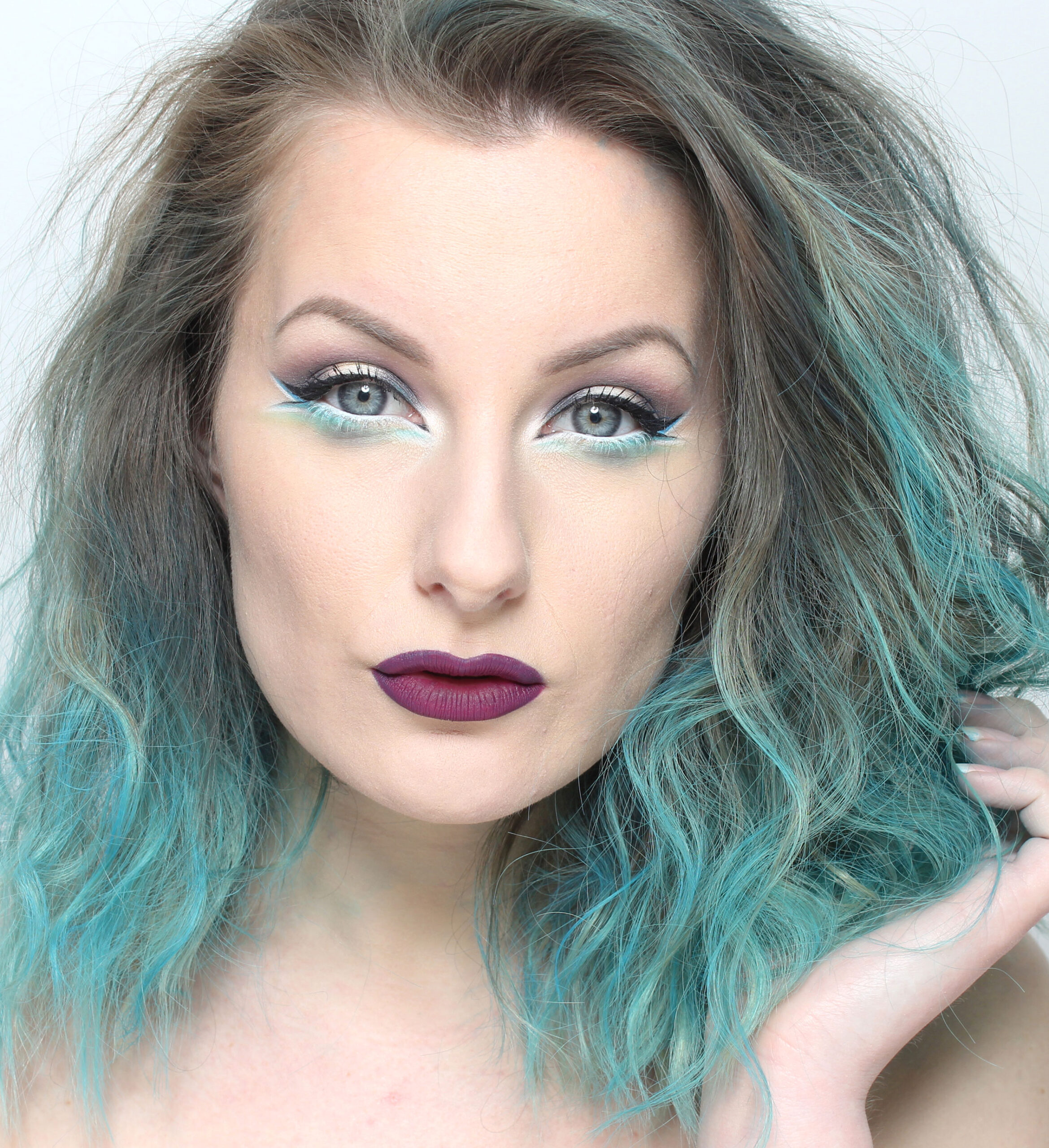 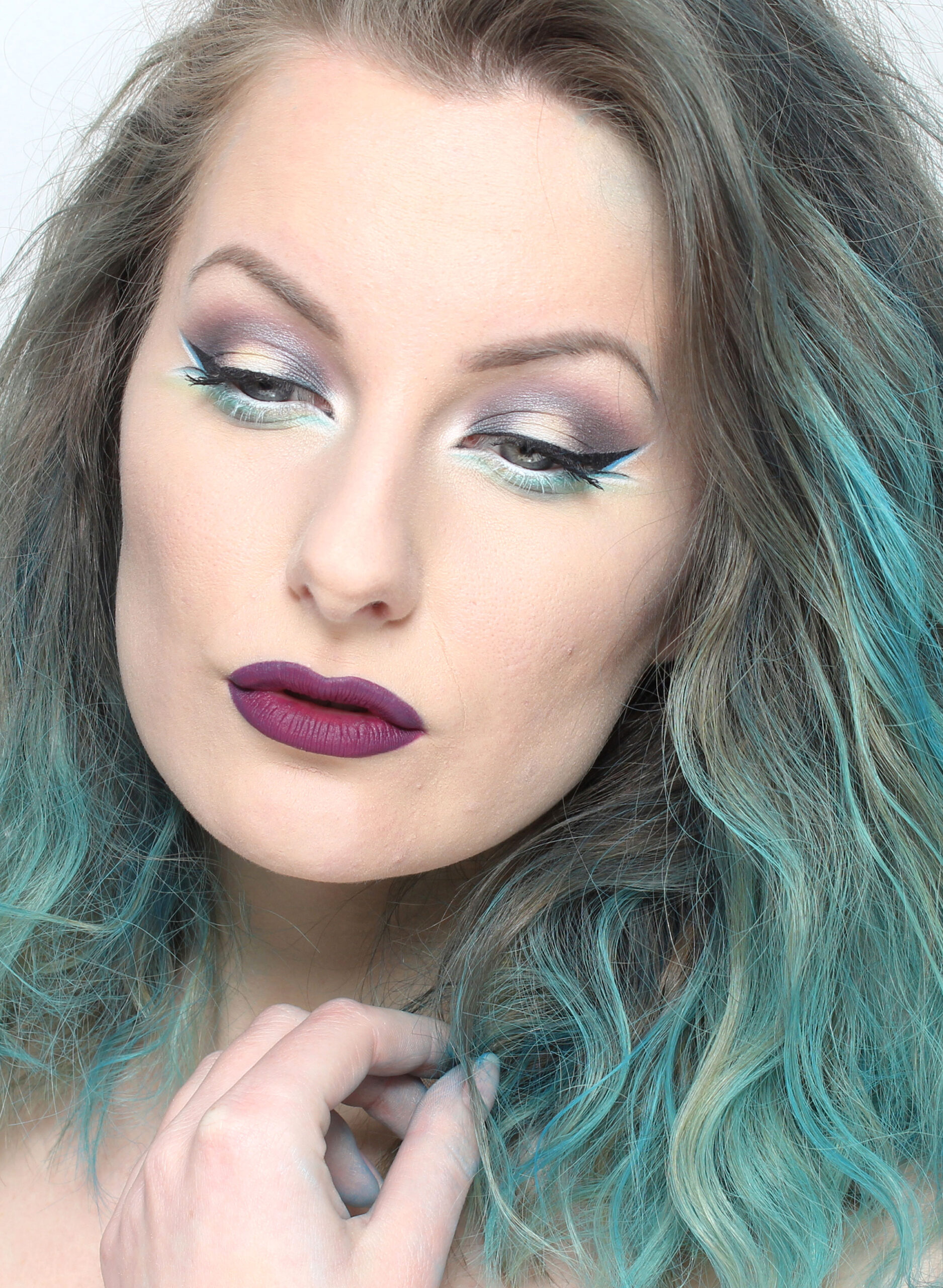 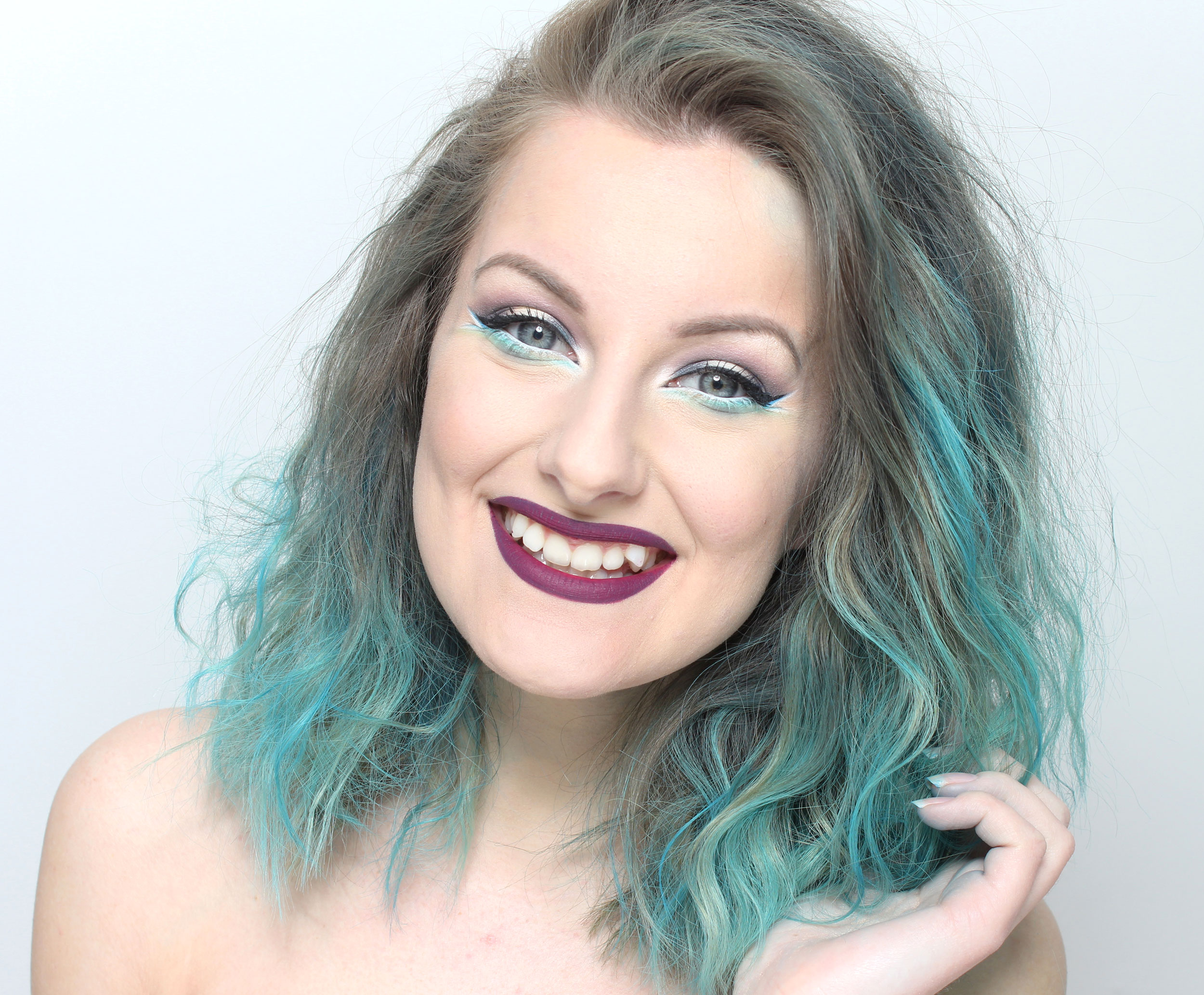 The hair color is not freshly dyed again but I sprayed in L'Oréal Paris Colorista Spray Turquoise Temporary Hair Color which I got a press sample of before. So it is only paint spray that only lasts until you wash it out. It turned out really nice but jisses what it colored off!

But the turquoise hair and the dark purple, matte lips made the whole look for this eye makeup, I felt super cool and super cute at the same time type :)

Hope you were inspired!

Now I will sit on an airplane for 12 hours, have never traveled so far in my entire life, 2 hours time difference max. But the waiting time itself should probably go as well as possible, last trip we sat at Arlanda for 17 hours due to delays and then + 3.5 hours for the actual flight after that, so 12 hours is nothing for us;)