Lashliner, or lash marking as it is also called, is the make-up tip that is most appreciated when I help people with make-up consultation / product advice. Lashliner / eyelash marking often makes the person look in the mirror and say "wooow" in a slightly shocked tone, because it makes such a big difference even though it is a discreet detail! :)

Why a lash marker / lashliner?

French marking / Lashliner before and after:

But there is a recurring question regarding lashliner that I often get, most recently yesterday when I received this comment:

"Among other things, you have suggested that the eye gets another nice framing (?) If you apply eyeliner / similar in the upper lashes (ie in the 'upper lashes waterline') what you now call it haha. It makes a big difference, but for me the color then ends up on the lower waterline & the whole eye turns black… ”

And so I thought I would sort it out now :)

1. What product can be used to make lash markings / lashliner?

You can make lash markings / lashliner with black eye shadow, eyeliner, cream eyeliner or even mascara + brush. It's a matter of taste!

If you want a completely waterproof result, I recommend either the eyeliner pen Pixi Endless Silky Eye Pen (adlink) in the shade BlackNoir or some waterproof cream eyeliner. The eyeliner from Pixi is very creamy, almost like a gel eyeliner in pen form. And sits like a mountain!

Personally, I usually use black eye shadow which I apply with a brush that I moistened with a fixing mist, for extra blackness (due to damp) and extra good durability (due to fixing mist instead of water). It holds me well enough :) Examples of a good black eye shadow are Make Up Store Paradise Microshadow (adlink) in the shade Super Black and a good fixing mist that I often use for eye shadows is Pixi Makeup Fixing Mist (adlink) which is super good! :)

However, doing this with mascara is not a favorite of mine. It gets a little stiff which makes it harder to apply the mascara on the lashes later. But it works!

2. The application - the lash line and the waterline are different things

But the biggest reason why the fringe marking is smudged is usually not the product you use, but the biggest culprit in the drama is a misunderstanding about where the lash marking should be applied - it is called lash marking and lashliner because it is applied to the scalp of the lashes, right where the straws are stuck, and not along the upper waterline as I have understood that many do.

Note: It is not wrong to apply along the upper waterline as well, but then you must have one very durable product. Many products are kept on the upper waterline but still discolour a little under the eye. One solution is to paint black eyeliner on the lower lash line even then, so it does not matter if it discolours :)

Or you just put on make-up along the lash line itself. Most eyes get an equally fine result from lash marking only in the scalp of the lashes, as if you paint all the way down to the upper waterline. It basically looks the same when you look straight ahead, the difference is that one way is messy, but not the other :)

I have tattooed a lashliner so I am not completely without the before-picture, but I painted in a little extra late to show you more clearly.

Here you see arrows that show what I mean. On the lashliner that does not smudge on the lower lash line, the upper waterline is completely unmade up - that is how I recommend that you do. In the picture on the right, the entire waterline is also made up, but it started to smudge on the underside of the eye directly for me on that eye.

And as I said, you can apply with different products, but this is what I usually do:

You can also put a mirror on the table in front of you and look down. Then you also get a clear angle of the lash scalp and see exactly where to apply :) 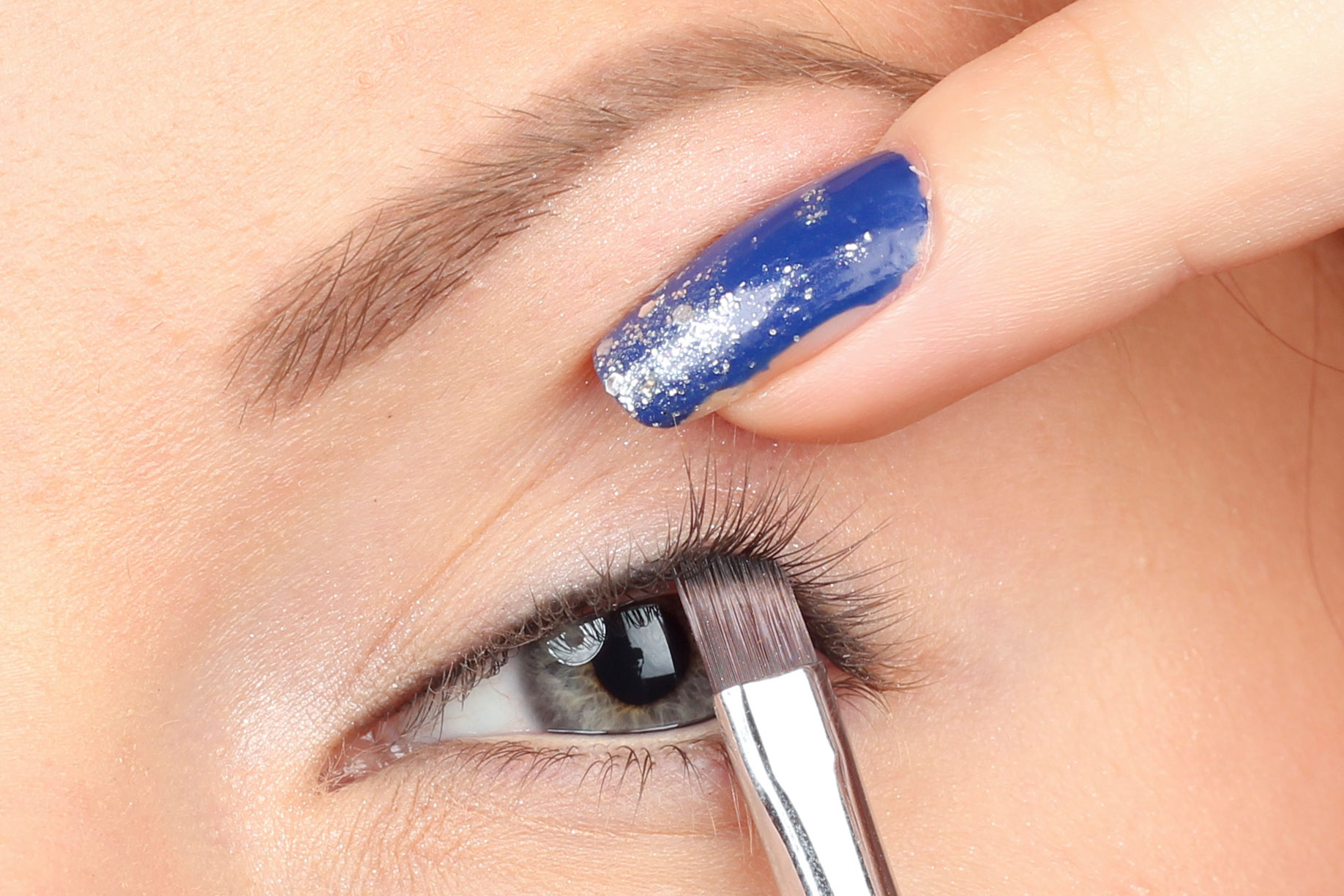 Hope that the post about fringe marking / lashliner was helpful, and if you have any follow-up questions, you know that it's just a matter of shouting, leave a comment or email helena@imakeyousmile.se! :)