Yesterday I had a fun make-up at the salon, I had the honor to help make up skin with rosacea! Love to be able to help people who have problems with their skin because it makes such a huge difference and such a nice result when you have good products.

She has rosacea and usually uses full-coverage theatrical make-up to cover everything, and yet the red usually starts to shine through when she has had the make-up on for a whole day. And now she was going to a wedding and did not want her usual base that becomes like a mask over her face.

So we did a base make-up that removes all the red by using products that neutralize the red, so we conjured away all the red without adding a comprehensive base. So she got a natural result that lasts much better than a thick solid foundation layer. Look so nice:

It is not visible in the pictures because the flash blows it away a bit, but she also has a great glow and glow in the skin thanks to a highlighter that has a golden glow. Got her cheekbones to shine :)

I have used these products:

We got the nice base thanks to green face primer, a water-resistant gel foundation that gives a semi-opaque base, and then a lot of gloMinerals powder that neutralizes red. So there is not much coverage at all but most neutralizing green and yellow products. I only put the concealer on the most intense blemishes, so we did not have much of it at all.

gloMinerals powder also contains caffeine and licorice extract, which also works as a skin care product and is the top of rosacea skin, it causes the blood vessels to constrict a little so that the skin is basically red on as well. Wonderful product! 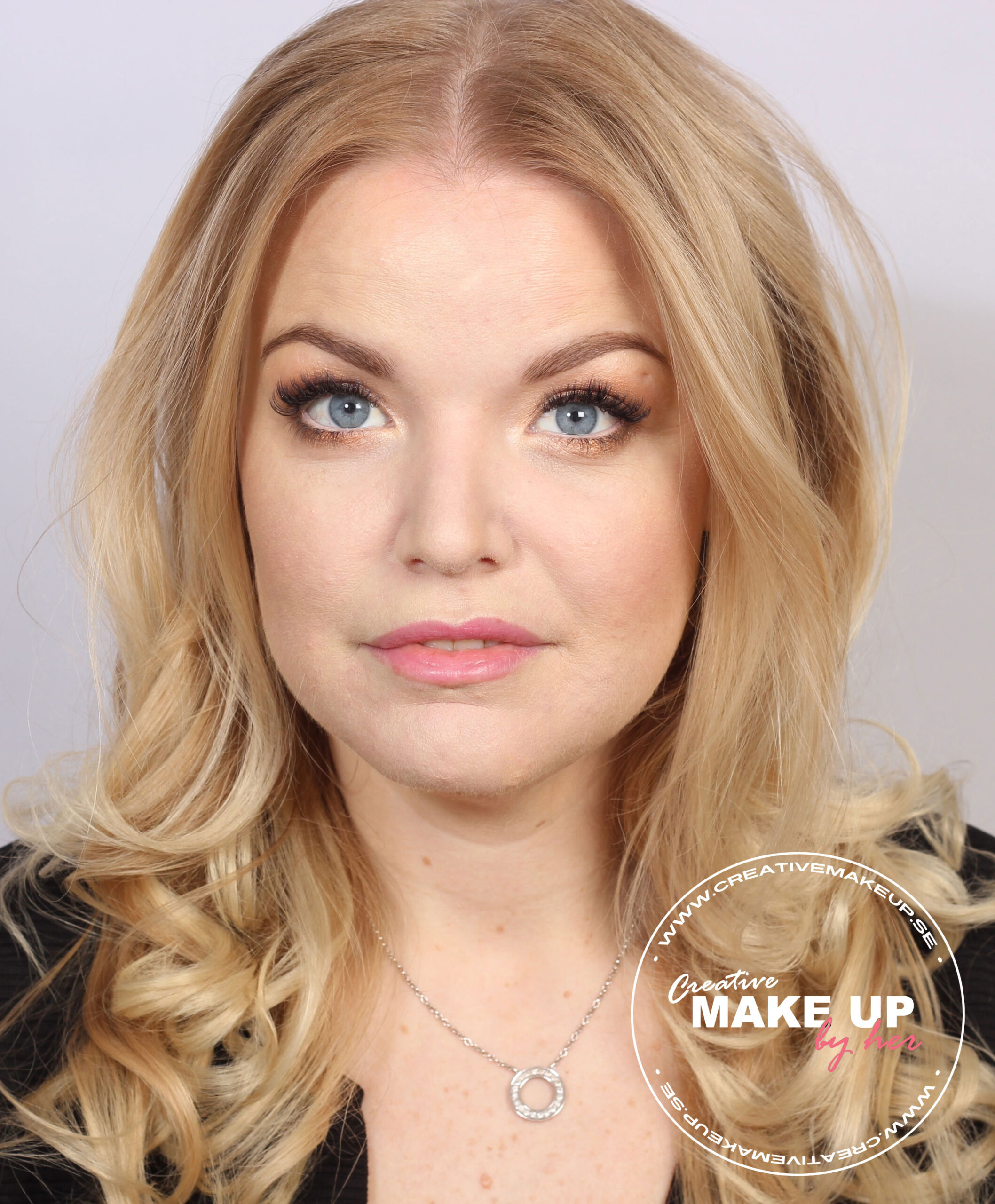 So beautiful!!! If you have any questions about making up skin with rosacea or are wondering about any products or anything else, write a comment below. :)

Have a nice Sunday everyone ♥