Here are before and after pictures of a make-up consultation I did last Saturday :)

It's a girl with alopecia who did an eyebrow tattoo at Annika's a year ago, so she only has a few lashes and eyebrows. We did a light and natural make-up that highlights her features and opens up the gaze nicely!

We started with a face primer that is debilitating for oily skin. She is actually dry in the skin but also becomes shiny after a while, which is not entirely uncommon when you are dry, then the skin produces sebum to soften itself. I then recommend skin care for dry skin but makeup for oily skin.

After that a gel foundation that is water resistant and oil free. Then redness relief powder that removes redness and contouring and highlighter (both matte highlighter and with luster) and a rosy blush on the cheeks.

Redness Relief Powder is a super good product for her that easily flares up and turns red, she will get married in a month and would kind of bathe in this powder and have it all over the cleavage and neck on the big day :) It gives no coverage without neutralizes redness. She was not so red when we put on make-up (because it usually flares up when she blushes or is hot) so to show how effective it is, I applied it to the ear which was quite red. You can actually see this in the left ear in the before and after pictures above.

We finished with fixing mist that makes the makeup hold better.

I filled in mostly at the top and bottom of the brows, and just super thin in the middle. Because I wanted the hair technique from the tattoo to shine through. Hard to see in the picture but it turned out really nice in reality.

We did an intensive lashliner / lash marking that frames the eyes even though she does not have as many eyelashes. The eye shadows are light and go in light yellow, light pink and light brown and have a nice glow. Summery, natural and brightens up the look! 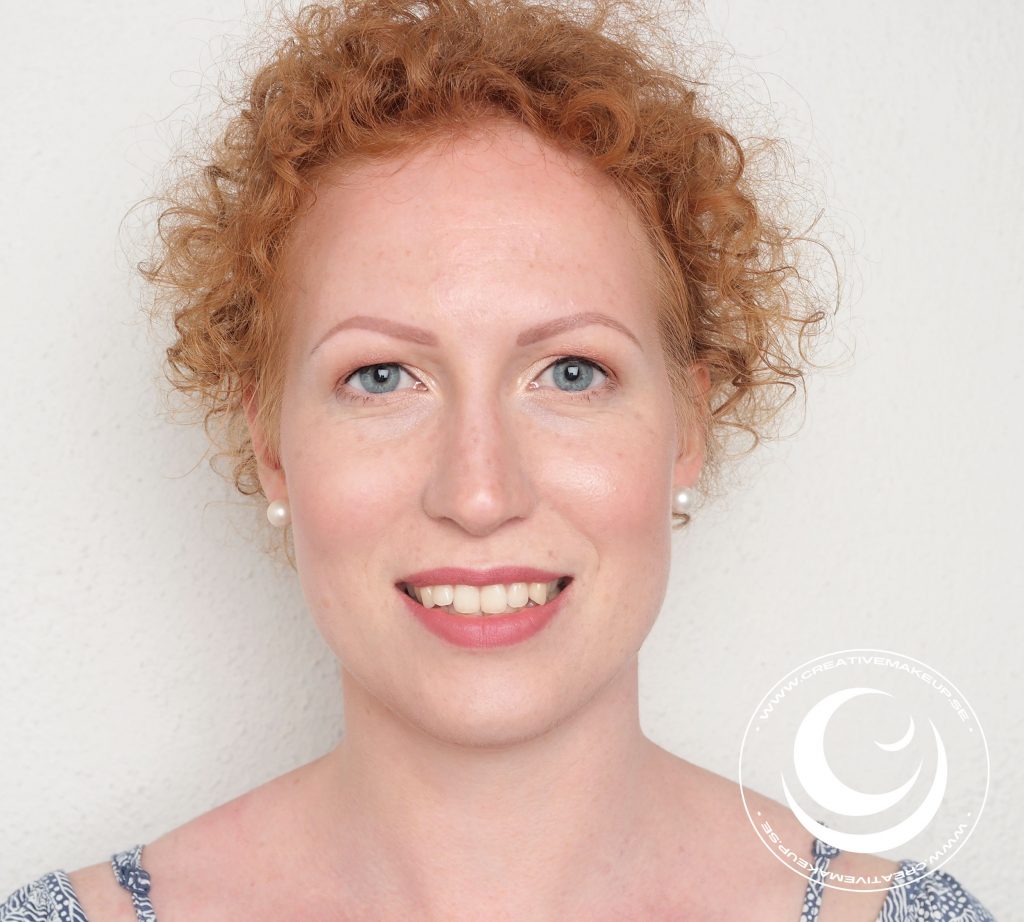 Book a make-up consultation with us online at creativemakeup.se, it costs SEK 895 and you get products for the entire amount that you choose in the store. If you want to book with me specifically, you can email helena@creativemakeup.se :)

Brow lift in Uppsala at salon