Here I sit this Sunday morning and feel the life in me! ♥

The duvet in the bed felt unusually fluffy and nice so I still did not step up but got coffee served by Miska! He is sitting and working at the kitchen table with our cat Viktoria in his arms, the sun is shining in, I feel in a really writing mood and in a few hours we will actually go on a house tour and be amazed!

This week there has been a lot of "sit and wear work" at the computer + had customers. So I do not have very interesting job pictures unfortunately but I have managed to put together a post anyway;) 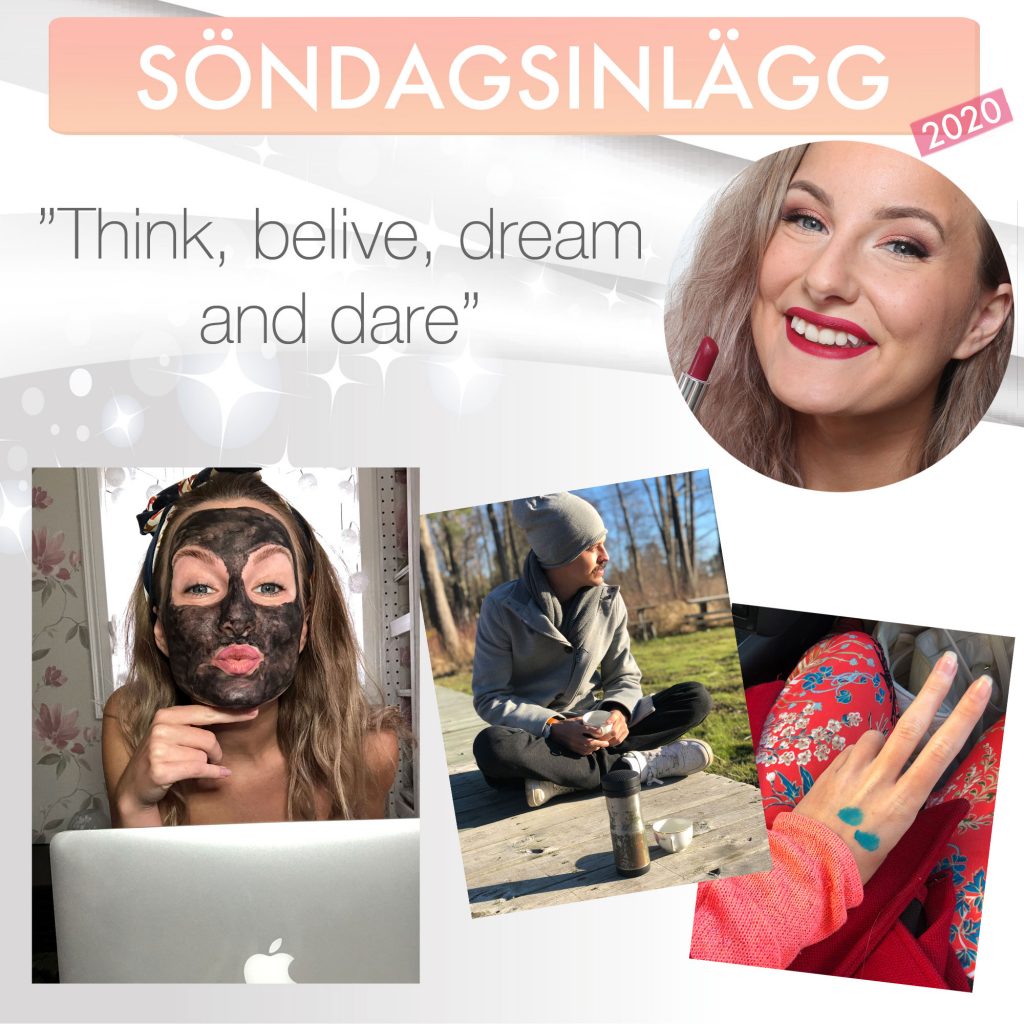 Starting to look at houses!

A year ago, Miska and I thought that we would not buy anything in Sweden until it is time to realize our Spanish dream! Or Sydafrikadröm which is the new thing;) That we will live in Annika's little guesthouse until then.

Meen there is so much going on now with my hopefully future make-up brand, Miska has started with permanent makeup and we are doing a lot with the salon. So we will not move to Spain in the next year but have decided that we have another Swedish residence in us before we move to Spain.

We have always said that we will move to Spain before I turn 30, so we still have a few years on us;)

We started counting on Sverigehus and if we find the "right house" that is not so expensive to operate, the monthly cost will not be much higher than what we have in rent today, if you disregard the repayment on the loan but you pay it "to yourself" In a way, the new house will be an investment as well.

So when I realized that I can exchange the "playhouse" we live in for our own villa for about the same monthly allowance, I became incredibly impatient and want to move now!

However, there is almost nothing for sale now that we like, even though we do not have such high demands, but if you know someone who is eager to sell and wants to make a smooth deal without brokerage costs, you can suggest;);) ;)

We were looking at a house with exactly all these properties, but it was so damaged by moisture that the ceiling in the kitchen hung down and the renovation that had been done was so carelessly renovated (electrical sockets were crooked, etc.) so we did not really dare to do it… 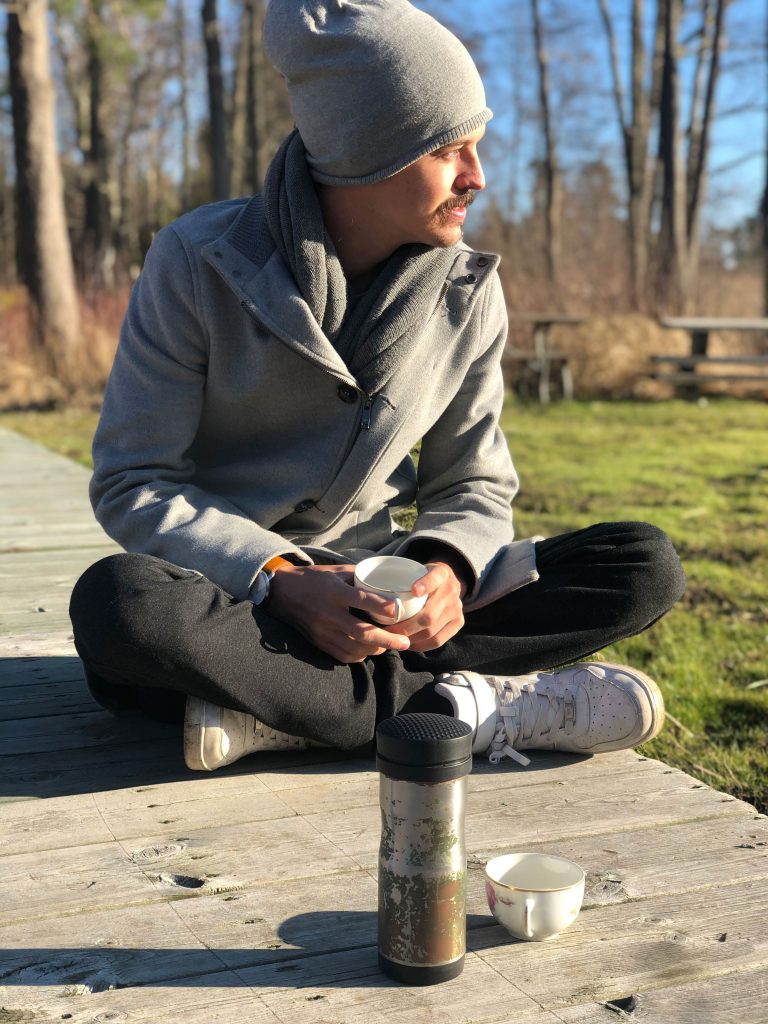 This Friday afternoon we took a weekend (I thought I would say but we worked at the salon all Saturday so it was not a weekend hehe) and enjoyed the afternoon sun down by the lake with a coffee thermos.

We talked so much about future houses, wall paints, gardens, my dream bathroom and various stock investments haha. Think what luck that I fell in love with a guy who has the same future dreams as me ♥ It makes it easier haha :) Love to dream like this, it's important!

Last spring I wrote that for the first time in my life I have bought shares! Felt incredibly grown up, right? ;) At the same time it feels a bit like gambling? There is a lot of talk about gambling addiction but have never heard of anyone who is addicted to stocks, you can win and lose money on that too, I think?

I'm far from stock dependent anyway haha, I think I have a pretty healthy relationship with that money actually! Miska and Annika were so worried in the beginning when I was totally overexcited when it went up "I have earned 50 kroner in one hour now !!" and therefore became nervous about how I would react if things went badly. That reaction, on the contrary, had not been fun;)

Honestly, I had to put that theory to the test when my shares suddenly made a dive a month after I bought them! Low minus SEK 23,000 for a while! I do not know what you who read have to do with money, but SEK 23,000 for a small business owner like me, it is kind of equated with a million haha.

It really was not fun! I thought a lot of thoughts like "yes but it was a good lesson anyway, expensive but valuable". It may sound like I'm faking my optimistic thoughts, but for me it's more of a survival technique, if I were to think too much about how much the money actually means and is worth, I would have perished.

But it turned back as luck would have it and if I had sold everything at the time of writing, I would have earned SEK 25,000! WOW! It was a good interest rate, for so much money it is not there I can say;) 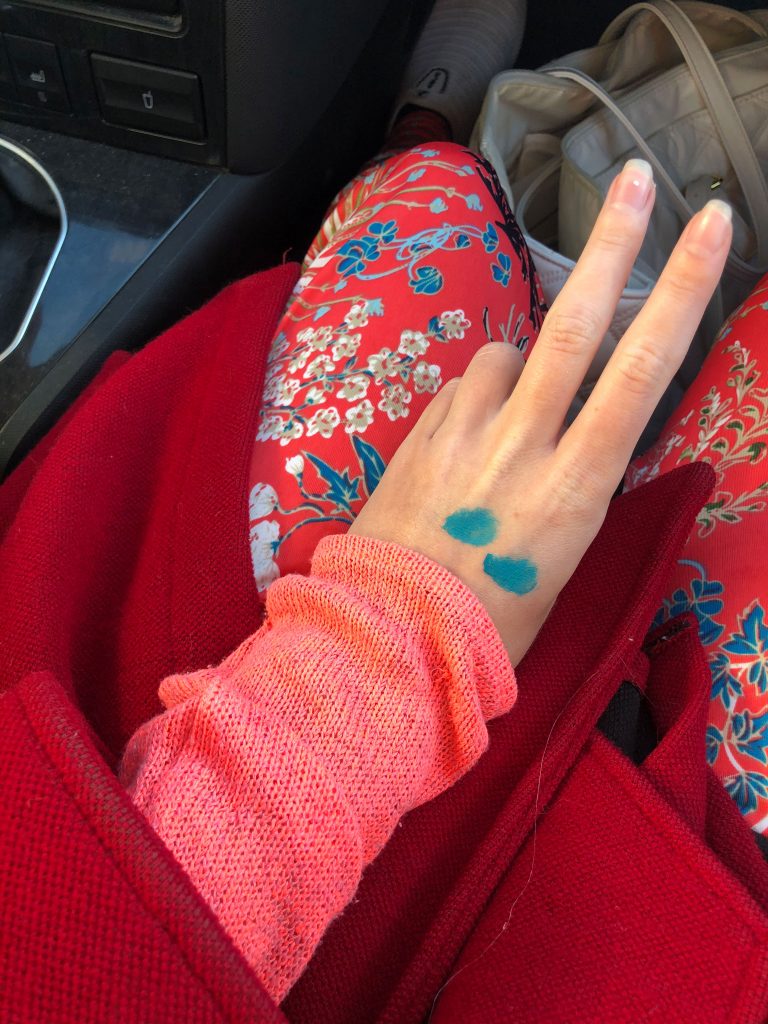 Here I sat in the car and counted how many days are left until my first dividend! And realized how extremely color matched my cardigan + makeup stains on my hand matched my pants.

Answer yes I have a green scarf and red jacket for this outfit .. If you have spring feelings, you have!

It would be perfect with a house move in early April .. Then I have time to get the dividend, then sell my shares and invest them in a property instead;) iiiiiiih!

The Law of Attraction, can it be TOO strong?

The law of attraction is always talked about in a positive way, but I have noticed a scary connection: as soon as I think less about a business area, everything decreases there, even though all that physical is as before - the only thing that has changed is my thinking power.

The economy goes up and down all the time in a company, it is never a straight line. But almost always you know why, e.g. that they did less marketing the month before, that it is January, etc.

But for us it is not so. If I e.g. is on holiday and has prepared everything before: posts are published as usual and the colleagues take care of everything at the salon (otherwise they do). The only difference is that my brain takes time off. What happens? Suddenly the bookings decrease drastically!

It has happened several times and during different seasons, so I find no explanation haha.

Same with the webshop: If I regularly go in and check the reports and statistics, the numbers increase and become very nice. If I have a period when I do not check often (but work as usual anyway) then the amount of customers in the webshop is halved. The only difference is that I did not sit and stare at the numbers and think "increase increase increase!".

It's both good and bad, it's an insecure company if it is to depend on me always being raw-focused in my thinking power haha. But at the same time it feels nice that you can influence so "easily" too;)

Am I crazy and / or lacking in faith because I get anxiety attacks? 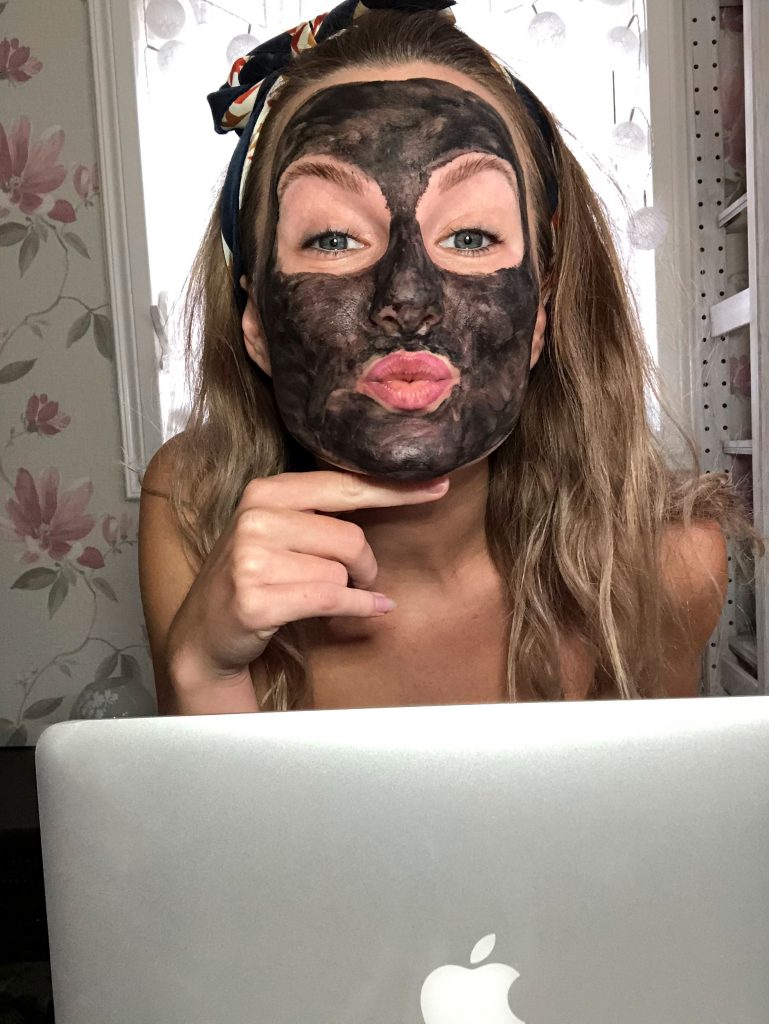 This is what 85% of the week looked like! The rest 15% has been with customers and in the make-up / photo corner.

My to-do list is very long and mixed right now so I have been really dizzy. I have to make an even clearer structure for next week, I feel, it has been too much "multitasking" now and it is both energy draining and inefficient in the long run.

Hope you liked the Sunday post even though I talked more generally and not as focused on exactly what I did during the week :)