Had actually planned to do a New Year's make - up today. But then I got one blue mascara by Miska as a Christmas present yesterday, which inspired me to a more tropical make-up! (But surely there are a lot of people going abroad as well ?!)

Many have for sure happened buy a blue mascara instead of a black one, get grumpy and toss it in a box to never see it again.
But why not make something fun out of it instead? I have wanted a blue mascara for a super long time and finally I have had my prayers answered, haha :) 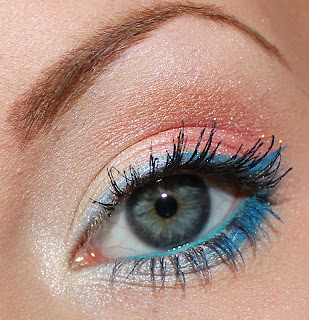 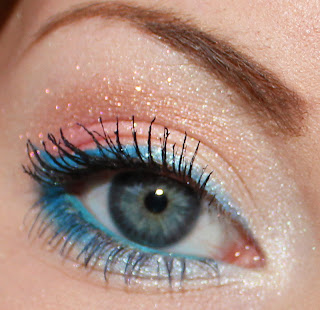 Picture where you see the glitter better!

The picture is a bit skewed, which is why the eyes look a little different. 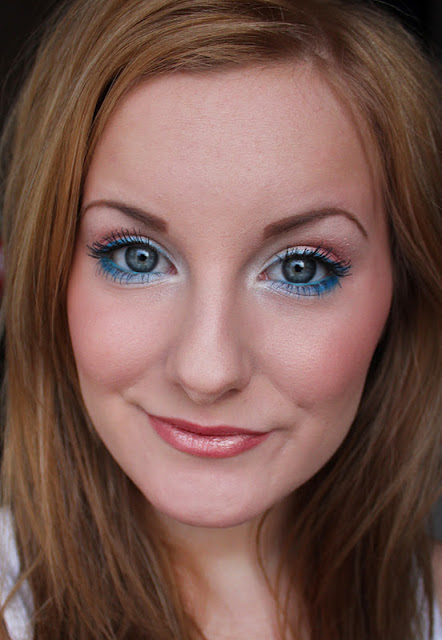