I wore this make-up when I worked at a Nanotechnology conference last Monday (answer yes I stood out in the crowd among all professors and researchers haha).

The eyes sparkled more in reality, which is barely visible at all in my pictures, when you only have a little glitter, it looks like gravel in photos so I usually only have it when I have to do something special in reality and not "just for the blog" :)

I got up at 4 in the morning and wanted a make-up that is so advanced and outstanding that it seems that I am not an amateur, while I did not have all the time in the world and mainly would promote basic makeup actually.

Here's the result - a colorful make-up with a little smoky and dark at the edges to tone down the bright little. I think it turned out very nice, I hope you think so too!

What do you think? :) I love the combination of pink and yellow, so nice! 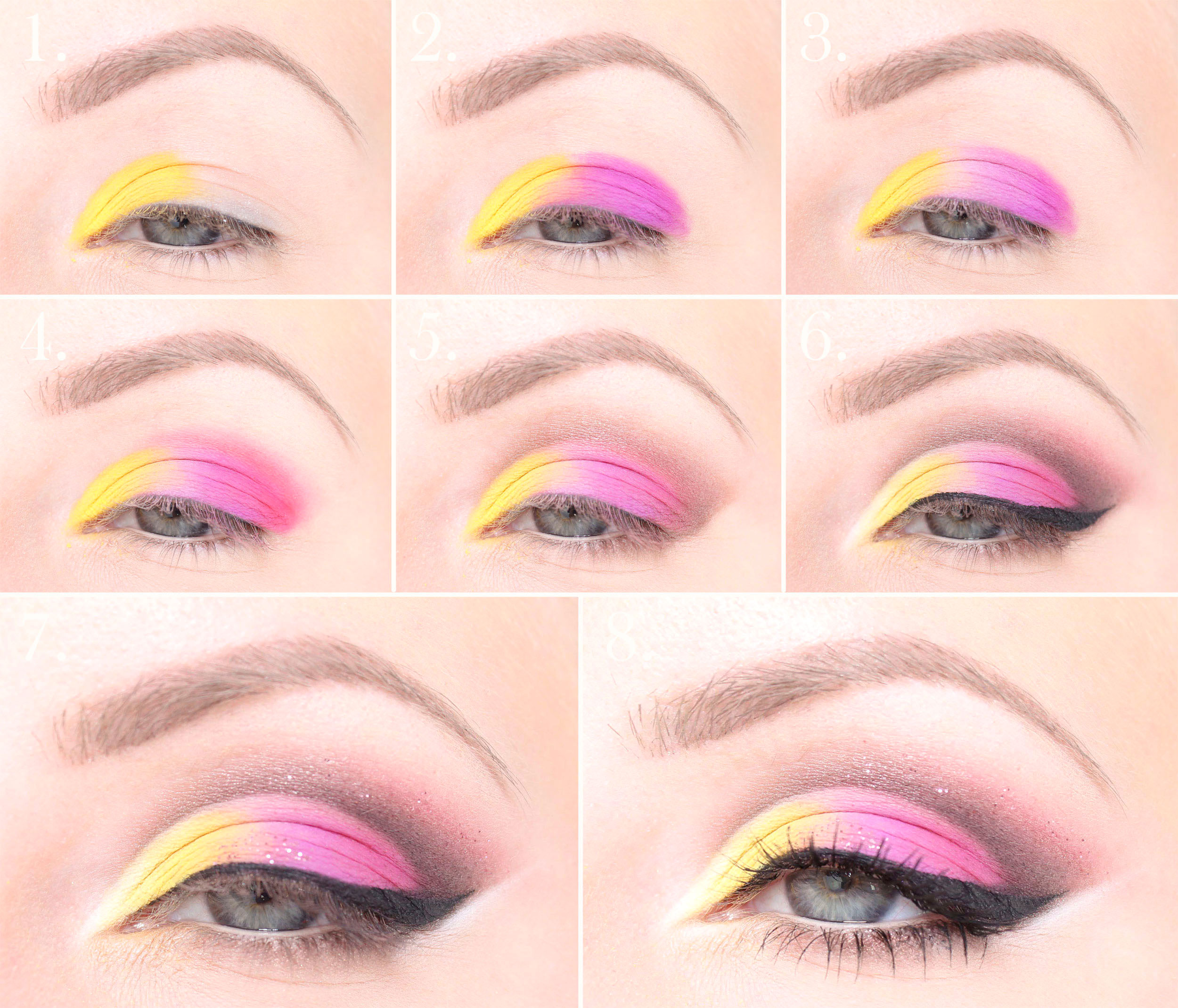 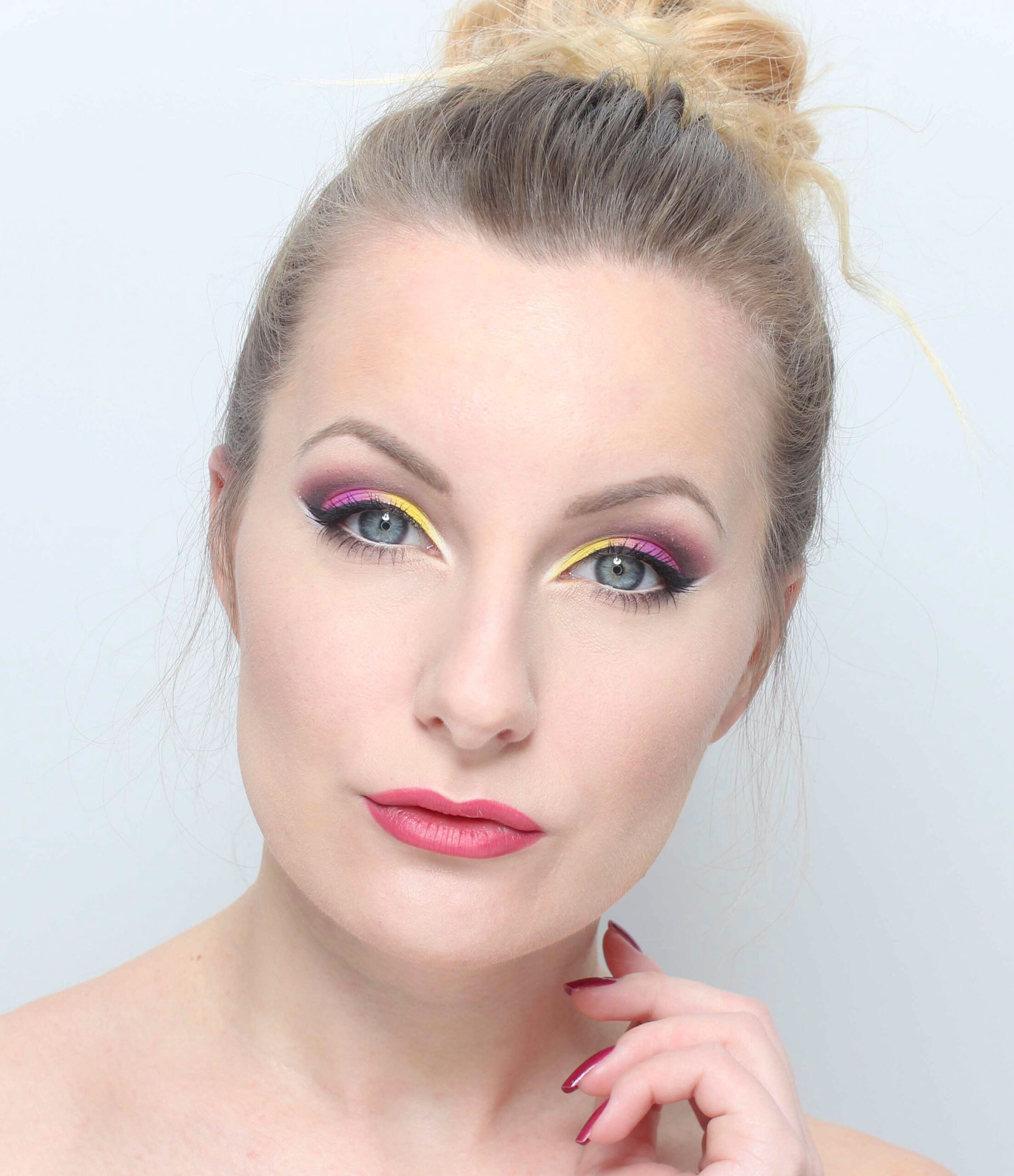 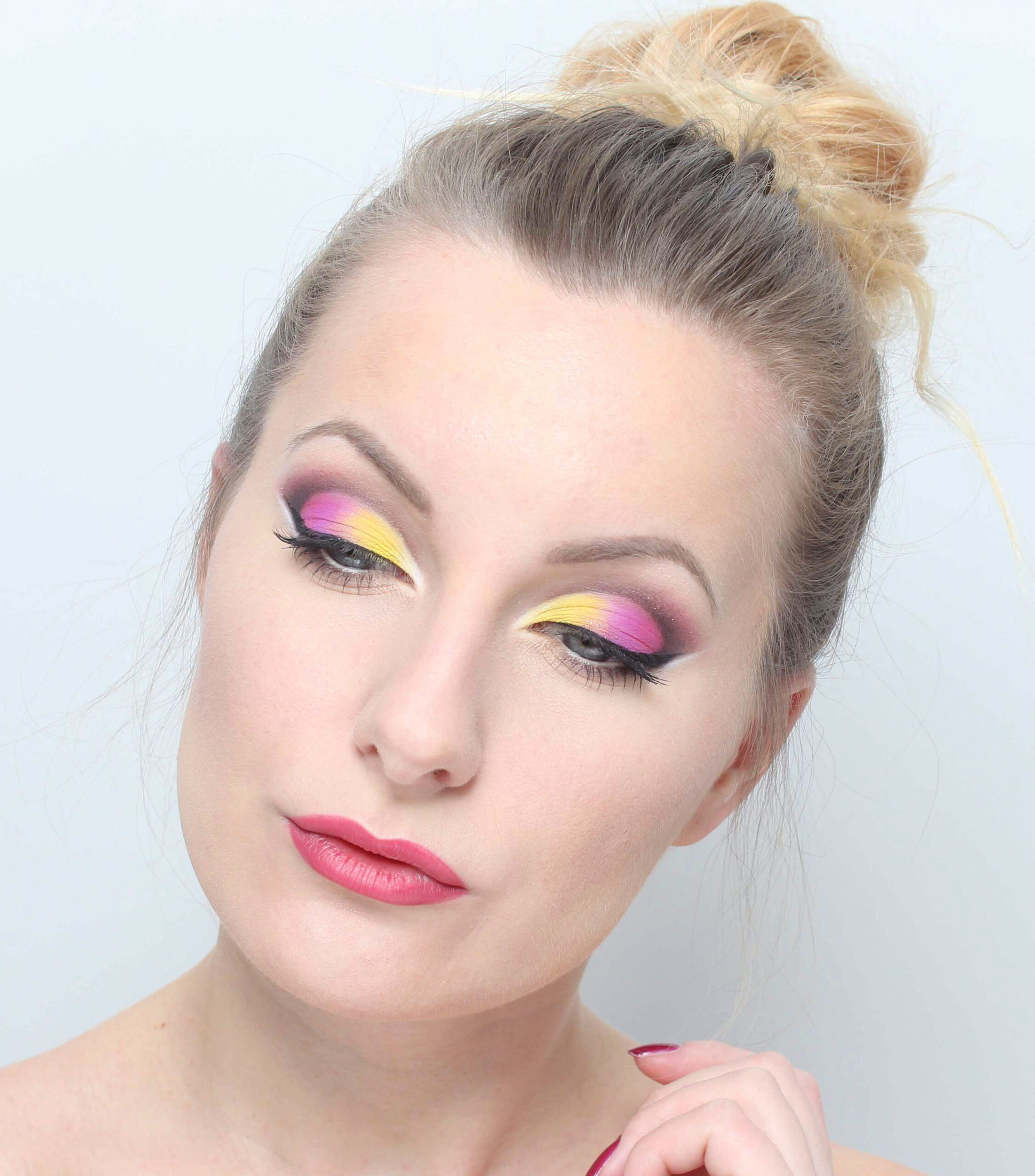 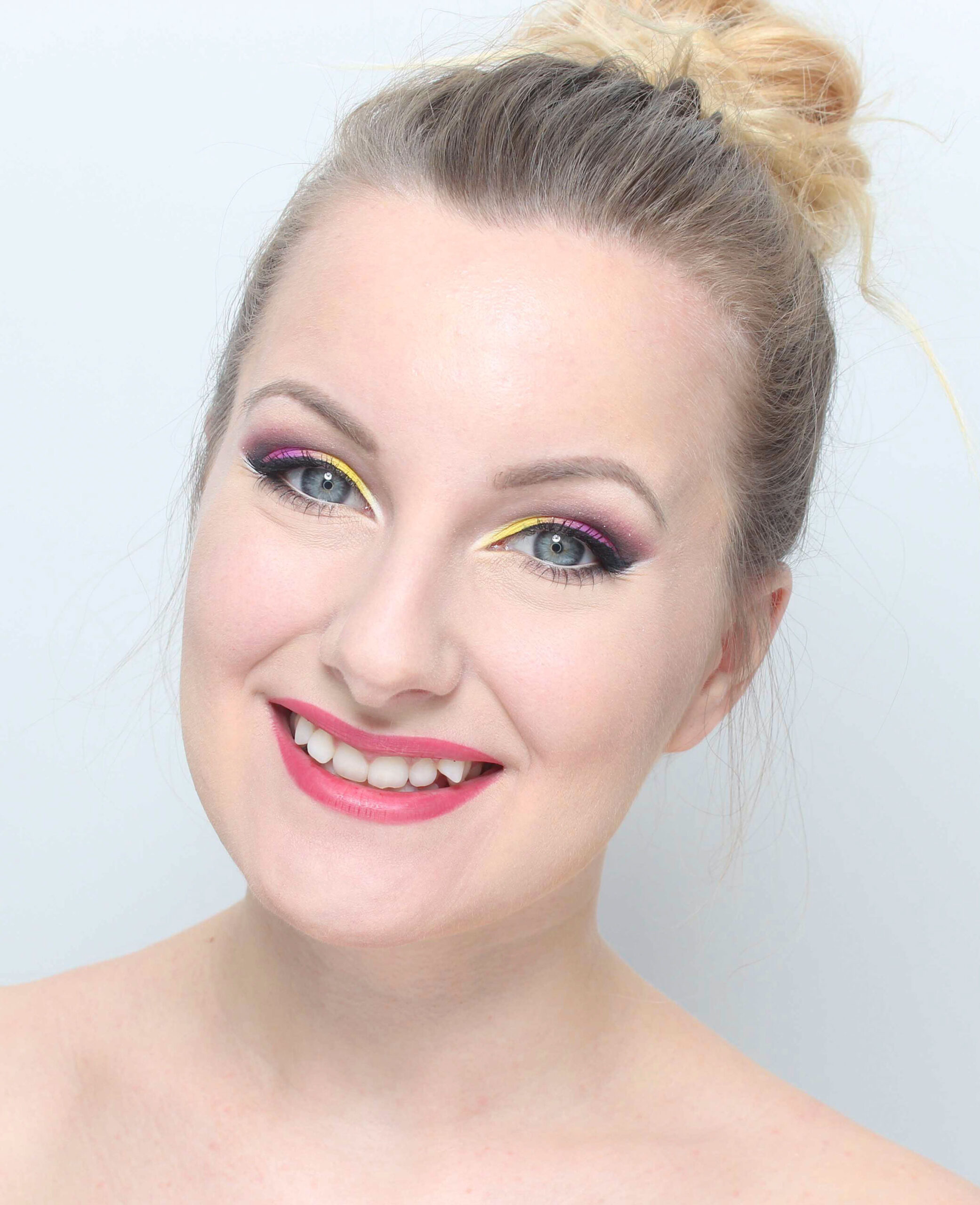