Maybelline recently launched two concealer palettes, or correction palettes as they call them. Maybelline Master Camo Correcting Kit (Adlink) is a palette with 6 different shades for all areas of the face.

I have received press samples of these and now thought to give you my review of the brightest palette Light! 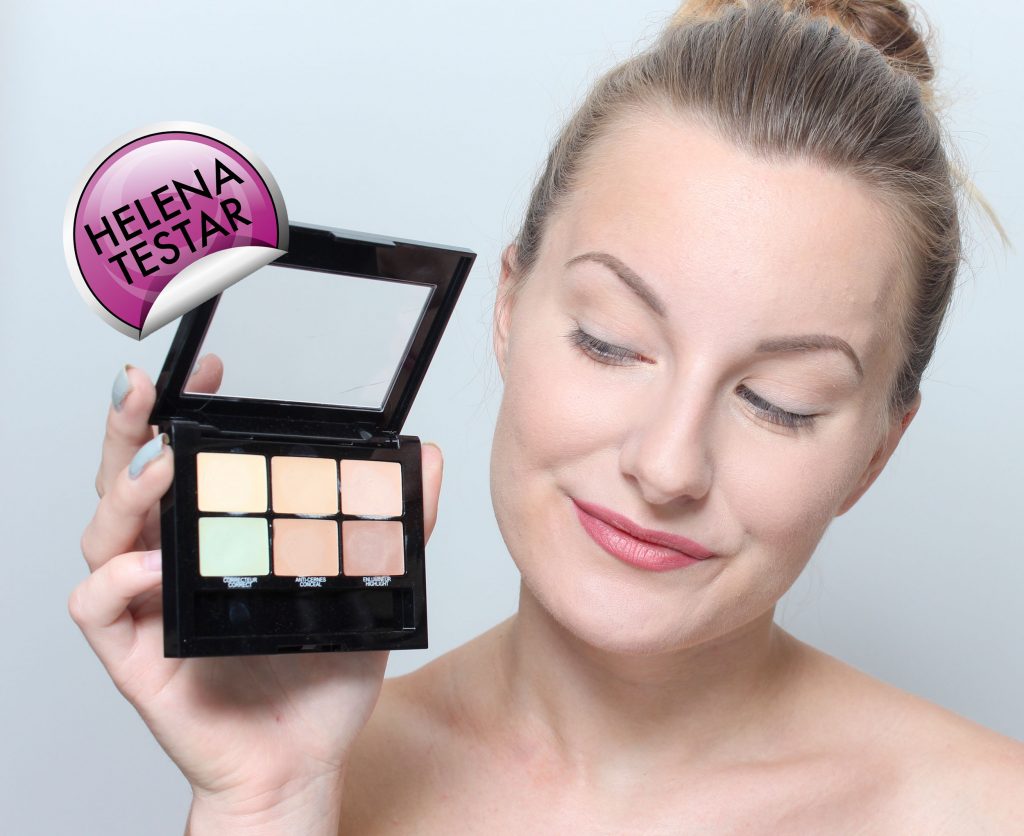 Quite the right period to put a concealer palette to the test, during this make-up hides a lot of blemishes you should know;) 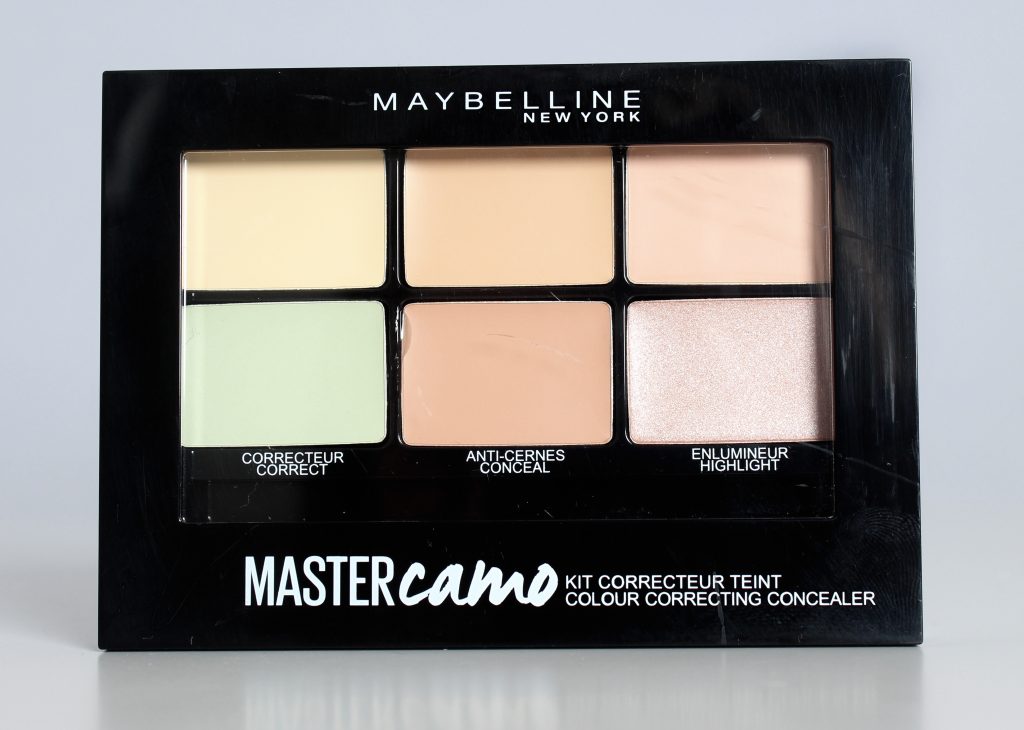 Excerpt:
"Coverage and highlighter in one place, and to avoid the guesswork of which shade does what, Maybelline has made it easy for you and marked each line with" correct "," conceal "or" highlight ".

Master Camo ™ Color Correcting Kit helps to neutralize skin tone, blemishes and minor blemishes, it reduces dark circles under the eyes and enhances and brightens features that you want to emphasize. For perfect bass in just 3 steps! 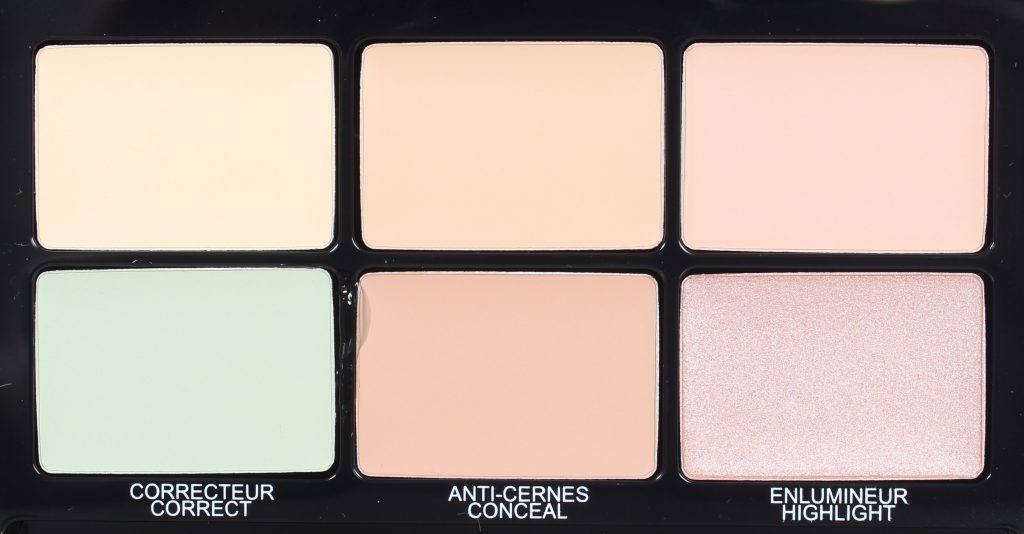 As I said, the palette contains 6 shades that are divided into 3 categories:

Left: Color correcting, the green removes redness and the yellow evens out other nuances. In my opinion, yellow is good for redness that is in larger areas, as green can be a bit much.

Middle: "Ordinary" concealers that cover darkness under the eyes and other irregularities in the skin. If you have pimples that are very dark red, I dab some of these on top of the green one as well to get coverage.

Right: Highlighters, one matte and one with luster. 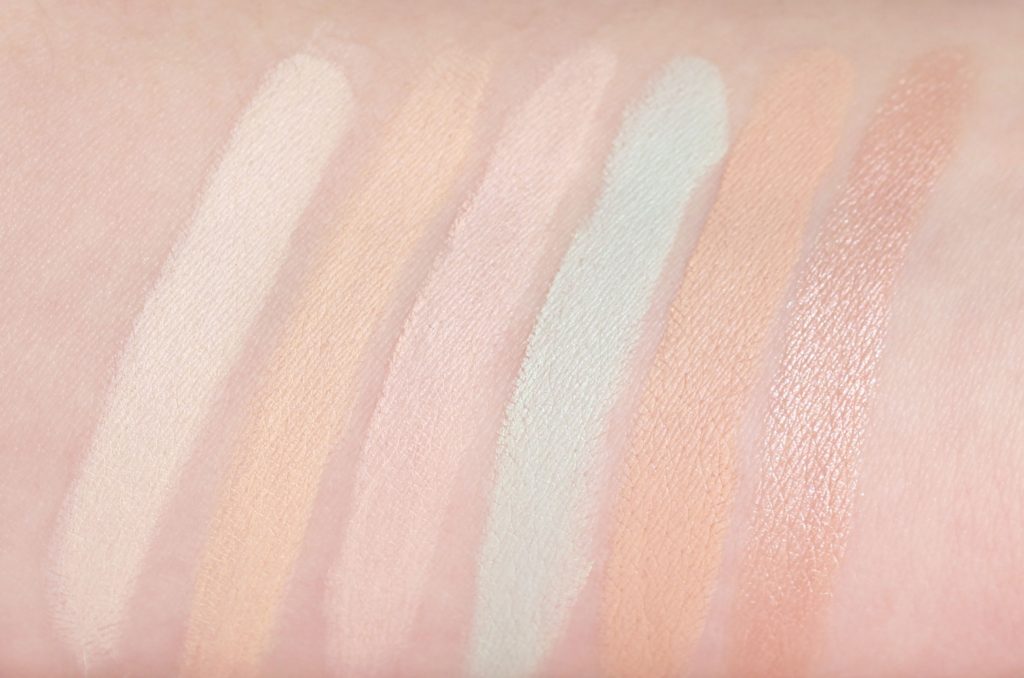 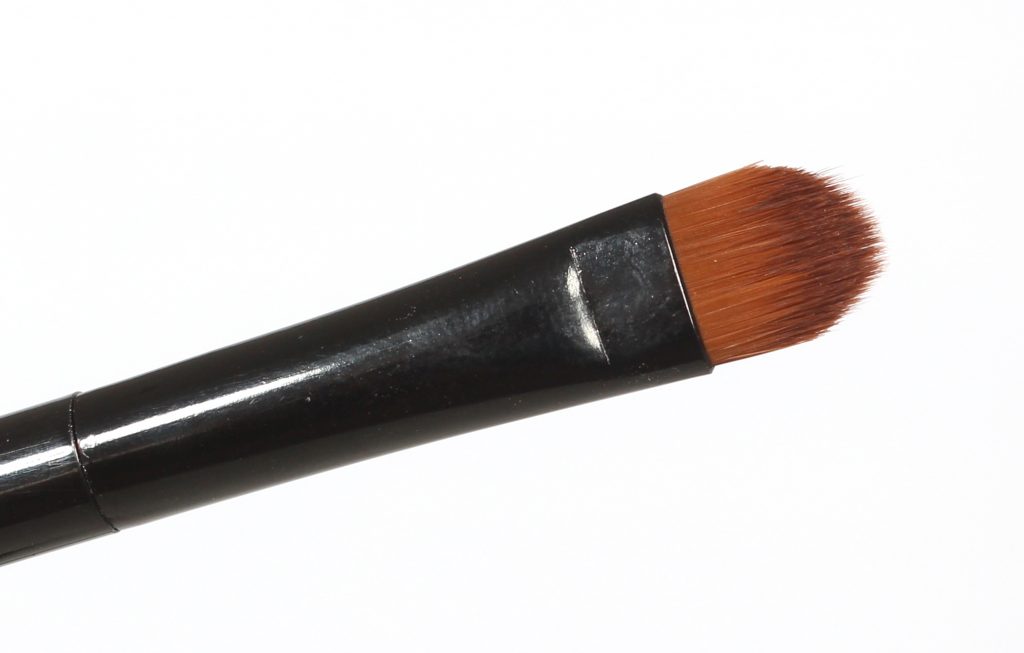 You also get a brush that I actually think is good! The included brushes are otherwise often throw-away material, but this was saved. 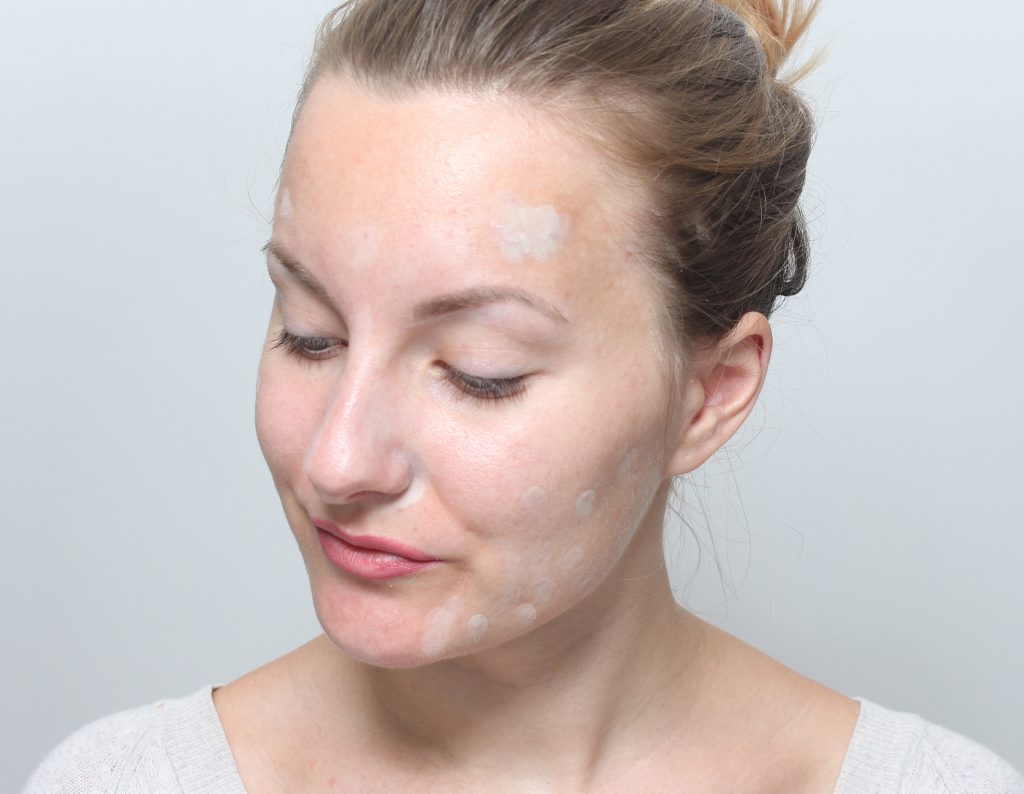 1. Correct
I think the yellow concealer works well, it neutralizes without you needing much. Not directly comprehensive but that is not the purpose either.

The green is I do not think it mixes easily enough with the skin to work on pimples in practice. Either it becomes too green and light or you smear it away from the fins completely.

But if you mix these and then apply, it works better! As I said, not directly covering, but then they neutralize well. 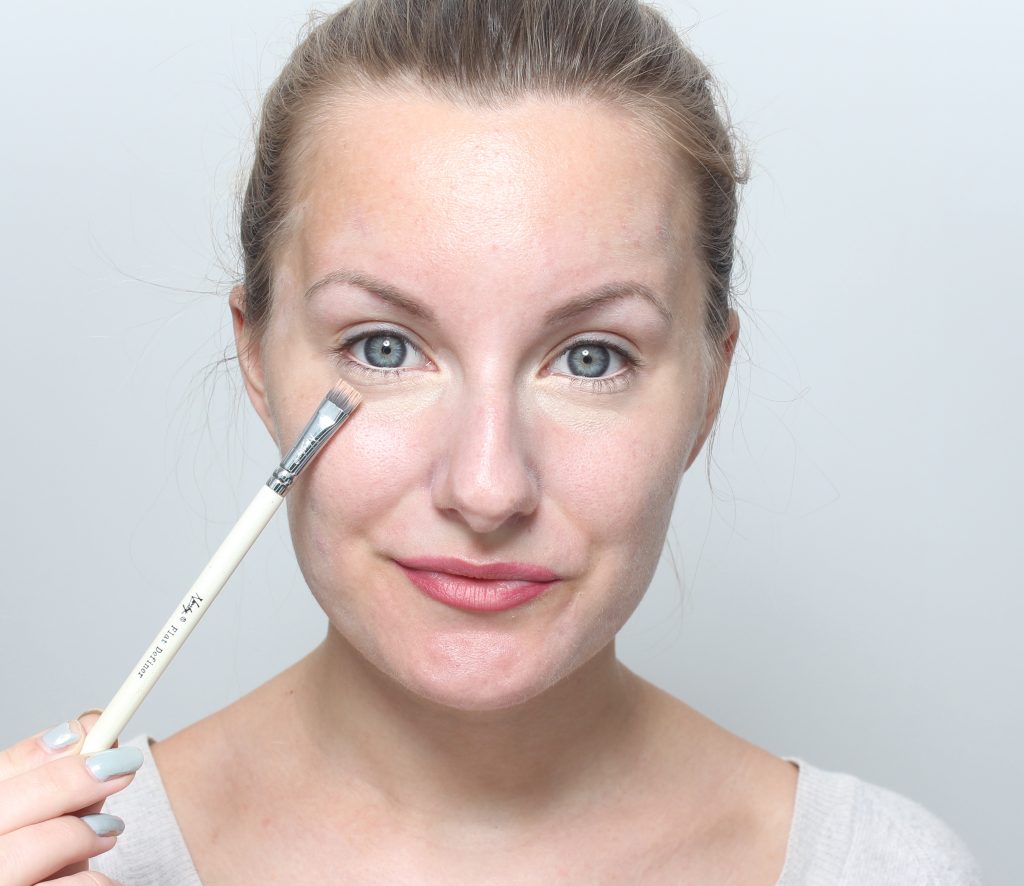 2. Conceal
These are more opaque and a little thicker in texture. I only used the light of these concealers, because the lower one that is darker is crazy too dark for me now. But it is good with two so that you can mix a perfect shade, and still match even if you get a tan / winter light, etc.

I used this under the eyes and a little more on the pimples, because I needed more coverage over the correct creams.

I would not call these wow concealers, you have to work a little with them so that they spread evenly, but they are not bad either. Can, however, emphasize dryness a little.

3. Highligher
I think the matte highlighter is good, it is not particularly bright on my skin tone but a little, which I think is just right for a product like this. I applied it on the cheekbones and along the bridge of the nose, the middle of the forehead, under the eyebrows and on the chin. It is also lighter in texture and easier to spread.

The one with luster is nice but not directly special, I think, such a not-very-good-and-not-very-bad-product. 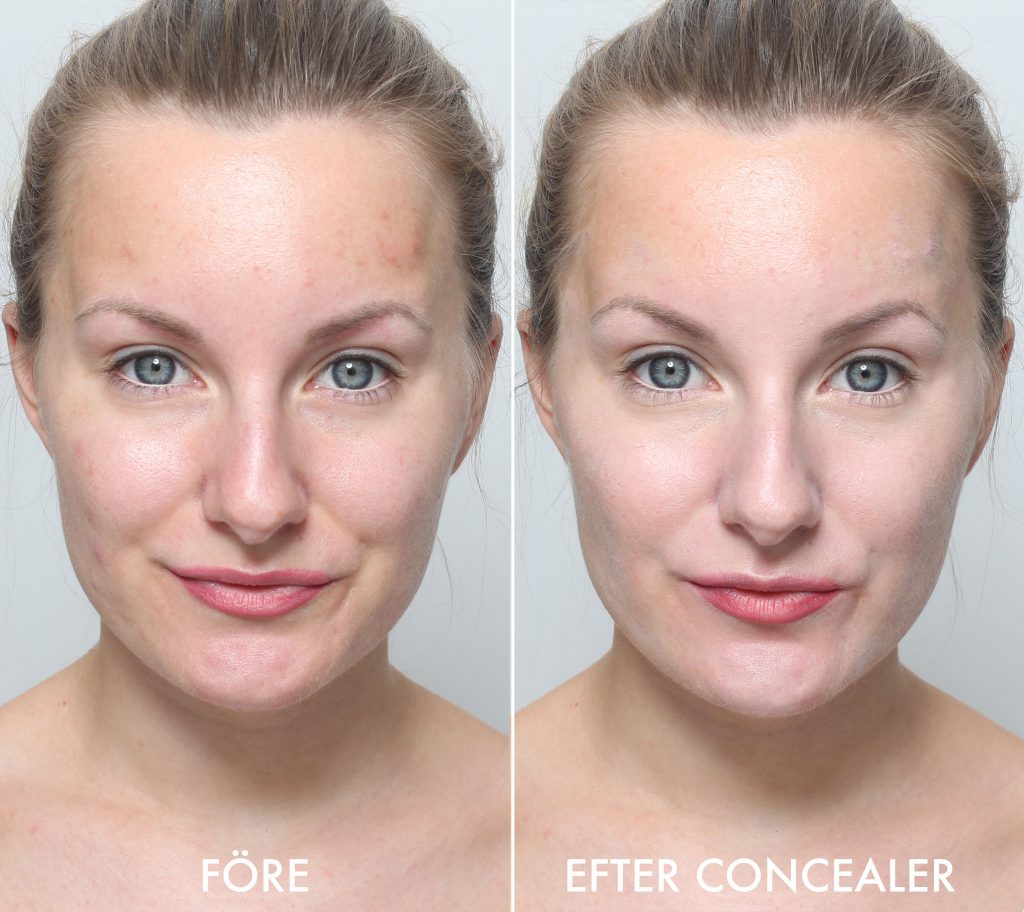 This is what the result looks like before foundation and everything else.
I do not think it is a wow result.

The end result with the finished make-up then turned out to be very nice, but after just concealer, I think you can clearly see where you put concealer and not when the products as a whole do not blend into the skin very well, even though you tone out the creams. 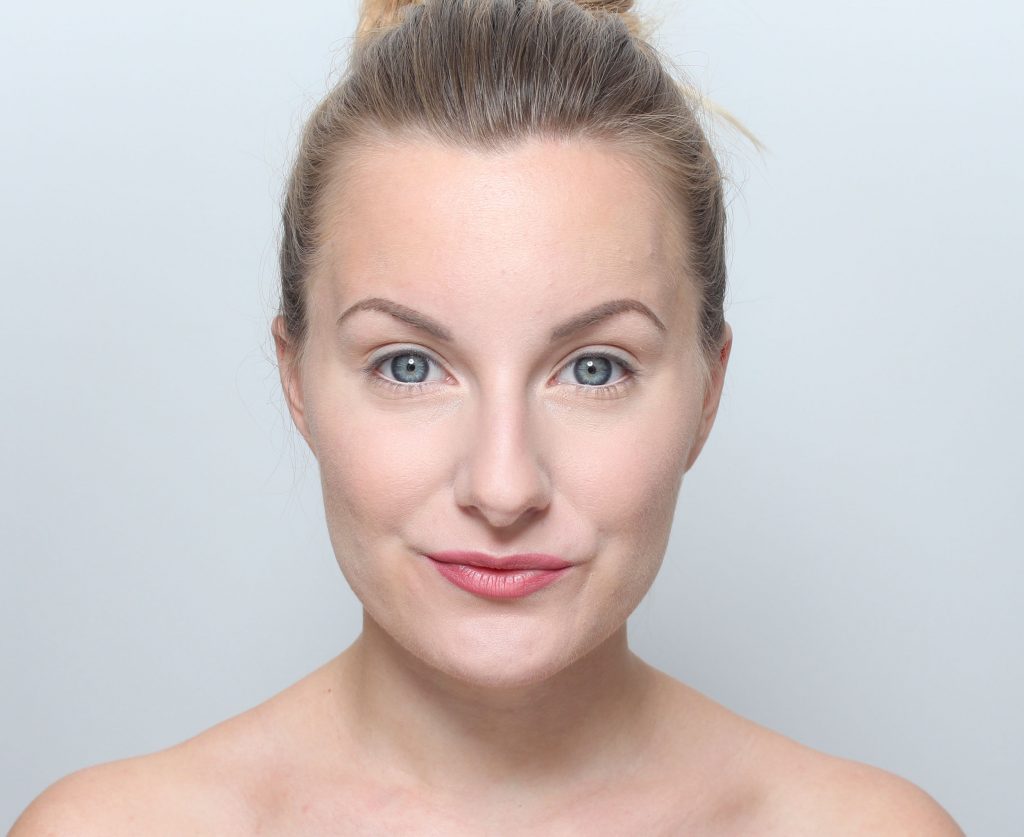 Here you see before, after the whole palette and then after foundation, eyebrows and everything.

Summary: I would probably give the final grade 2.5, but if I have to choose between 2 and 3, it will probably be 2. The palette is fun and well composed, but the creams do not glide on the skin as silky as you want it and the result is not very natural either . But the end result with foundation over and all, each concealer does its job and they last well all day, so do not think the palette is bad either. Especially not for the price of 119: -.

I personally love playing with concealers and was super eager to find a palette like this that is slightly better in quality. Some tips? :) Do you like concealer palettes or are you more like me, use a concealer for just about everything so that it is quick and easy?

Anyway, wish you a great start to the new week! ♥