I've written about it before, but it's worth reviewing again - Lumene Eye Shadow Primer is the only product that I have always had in my make-up bag, and that I have never exchanged for other brands even though I have tested a lot!

This is because from time to time I still get questions about primer, or questions where the answer is primer ex. "My eye shadows are not as colorful as yours?" and therefore it is worth mentioning again :)

And as I said, I have tested many different eye shadow primers but Lumene is both the best and one of the cheapest - so I highly recommend it! 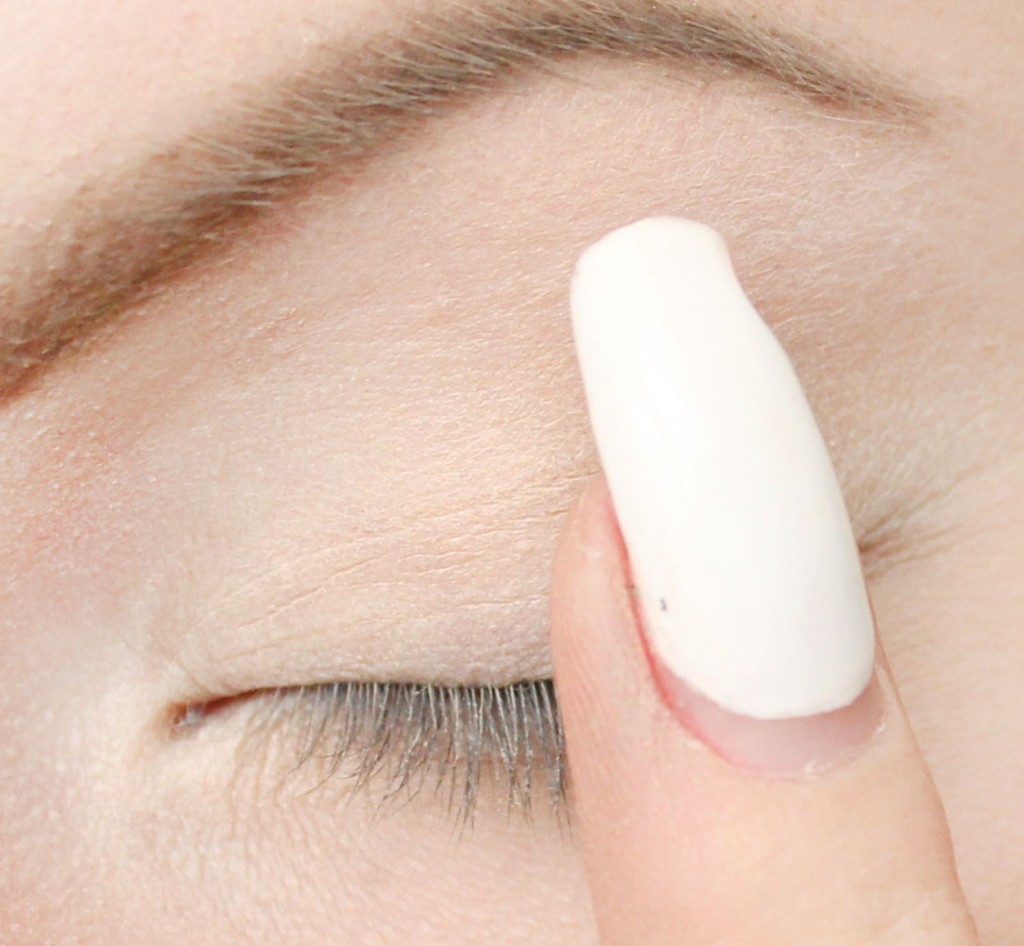 Take a small click of primer on the finger, and dab on the eyelid until it is even and "invisible". Do not take too much, but make sure that you cover properly everywhere where you are going to apply eye shadow.

The only thing you have to remember with a primer, is that it must be saturated with eye shadow so that it is not the least bit moist anymore. If you have more primer than shadow, the primer itself can start to slide around during the day and make the shadows lie in small folds over the eyelid after a few hours.

So dab on properly with eye shadow and the result will be topnotch! :)