Of Helena Amiley
Jan 12, 2011
0
784
Facebook
Twitter
Pinterest
WhatsApp
Linkedin
Email
Print
ReddIt
Tumblr
- Advertisement -
Feel that I'm just kidding you all the time, which is not on purpose! Said yesterday that there would be no step by step makeup this week, but hey I got it! Both the craving and the energy are back :)
Today's make-up is dedicated to Nicolin, who yesterday wanted to do a make-up with the colors yellow, Green and RED. But who was not satisfied and washed away everything after a number of swear words.
So now Nico says I followed ”start over, start over. Why should one mourn, the times that fled? ” Here you get some help on the stack! Tossed in a pinch blue also;) 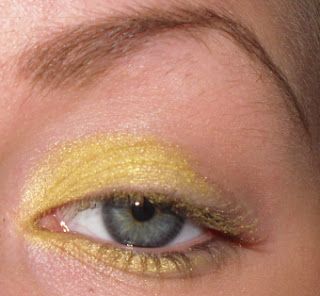 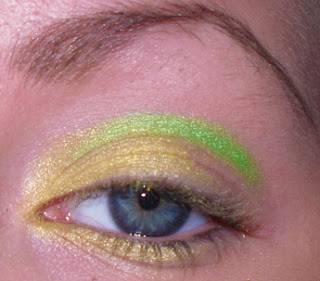 Green eye shadow along the eyeball, but not only down towards the lash line. 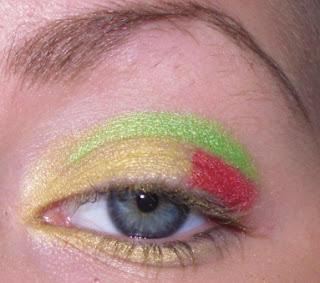 RED eye shadow on the rest of the eyelid. 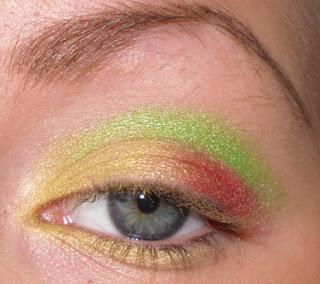 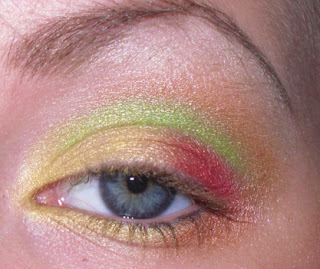 Shade with orange eye shadow over the green and down towards the outer part of lower the lash line.
Thought though that this orange was lighter and more yellow than brown, it would have looked nicer! 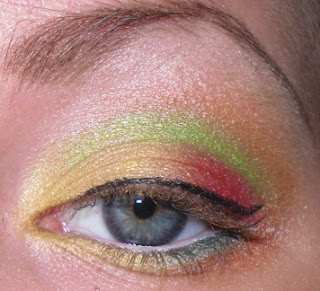 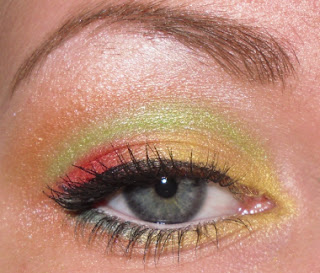 Mascara, Maxfactor False Lash Effect.
Then it's ready!
Although I had changed it, I had either ignored the orange eyeshadow and had more green instead, or found a nicer orange. But you always have to test yourself! :) 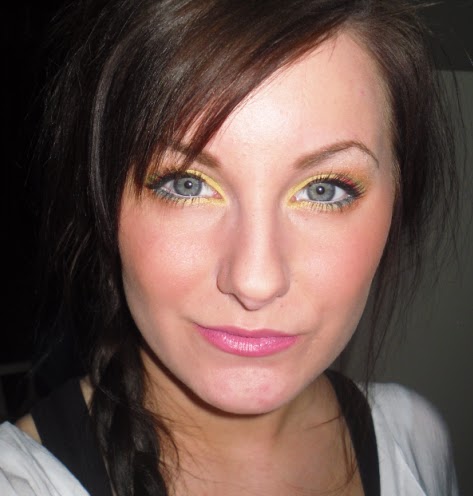 The colors are only visible when you blink, me like!
Light pink lips of unknown brand, reached old I find at home.
On the cheeks, Dr.Hauschka Bronzing Powder. Otherwise like rosy cheeks better, you do not blush in brown. But I actually like this one!
It took me 1 hour to do this step by step, after that I put on make-up and snapped cards! Do you understand that energy and time are not always there?
Nu blire käk!
- Advertisement -
Share
Facebook
Twitter
Pinterest
WhatsApp
Linkedin
Email
Print
ReddIt
Tumblr
Previous articleTurquoise and gray make-up
Next articleExercise pain!